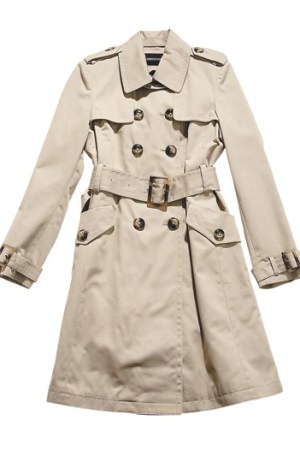 The company, formerly known as Candie’s Inc., made its first acquisition in October 2004 when it bought Badgley Mischka. That was followed by a name change in July 2005 to Iconix Brand Group Inc., to reflect a corporate transition toward a brand management/licensing model.

Shortly thereafter, Iconix made its second purchase in the form of Joe Boxer. After that, the company’s path was set.

Today, in addition to Rocawear, Iconix owns 16 consumer brands: Candie’s, Bongo, Badgley Mischka, Joe Boxer, Rampage, Mudd, London Fog, Mossimo, Ocean Pacific/Op, Danskin, Cannon, Royal Velvet, Fieldcrest, Charisma, Starter and Waverly. Last month, Iconix paid $63.5 million for a 51 percent stake in a joint venture with an affiliate of Marc Ecko for the controlling interest in the Ecko portfolio of brands. Ecko is expected to throw off between $42 million and $44 million in annual royalty revenues. In total, Iconix licenses its brands worldwide through 200 direct-to-retail and wholesale licenses for a variety of product categories from fashion to home to beauty and fragrance.

There’s no set pattern to where the deals may come from, whether it’s bankruptcy court, such as for London Fog, or via bankers hawking brands that needed additional funding to grow, such as Badgley Mischka and the Ecko portfolio. Or they could just be good brands, like Joe Boxer, Ocean Pacific/Op and Rocawear, that were available at the time Iconix was prowling for additions to its portfolio.

There is one clear criteria for brands that make the cut. “We look for what we consider an iconic brand and one that is well known throughout America, and hopefully the world,” said Neil Cole, chairman, president and chief executive officer of Iconix. “The average brand is over 55 years old. Rocawear is the youngest brand, celebrating its 10th year. It has stood the test of time.”

But will the same be true of the Iconix business model?

Critics say the business model requires Iconix to be constantly on the lookout for new acquisitions, a positioning that risks overpayment just to add to its stable of brands. One example often cited is its London Fog acquisition in a bankruptcy auction in August 2006 for $30.5 million in cash and $7 million in Iconix stock, beating out stalking horse London Fog Licensing Group, which inked a deal to buy the brand for just $18.1 million.

To naysayers, Cole says: “There’s no criteria for what we have to do. We don’t have to buy anything, but we like to. We’re looking for great, iconic businesses.”

Cole added Iconix has lost opportunities to others willing to pay more, and emphasized that the firm is disciplined about both its acquisition criteria and how much it’s willing to pay.

As for London Fog, Cole explained the purchase price was “fair” when factoring in the “$38 million royalty guarantee.”

Trained as a trademark attorney, Cole got a taste of fashion and footwear working alongside his father, Charles, and brother, Kenneth, in the late Seventies at Candie’s. The company was later sold and then bought back, but along the way, Cole says he became disenchanted with the business model that had wholesalers dependent on the whims of retailers.

“Profits were up and down, and were erratic. It’s very tough as the chief executive of a public company to predict what would happen. There’s no control. The stores were getting more dominant as consolidation was [starting to become the trend]. Between dealing with receivables, chargebacks and inventory and selling fashion and footwear to young girls — every time I had a warehouse full of flats, they wanted high heels,” Cole says of his frustration about the business.

“This is beyond my dream. There are certain things happening that are advantageous to us. The landscape in retail is different. I think we have tremendous opportunities to continue what we’ve done. Our brands do over $8 billion in retail sales,” Cole boasted.

Hip-hop-inspired Rocawear, for example, is a business that does close to $700 million in retail sales in better department stores, with more than 20 licenses, said Cole.

Rocawear, founded by Shawn “Jay-Z” Carter and Damon Dash, was purchased in April 2007 for $204 million in cash, and contingent payments of an additional $35 million of Iconix stock based on performance thresholds at least through next year and possibly until 2012.

Separately, Iconix entered a joint venture with Carter charging him with identifying brands to be acquired and/or developed across a broad spectrum of consumer product categories using the Iconix business model. Through Scion LLC, the two in 2007 purchased the Artful Dodger streetwear brand for $15 million.

Cole is still on the hunt for brands that have great royalty flow, opportunities for lifestyle concepts where they can be licensed in more than two areas, whether in fashion, home furnishings or other sectors. The company was recently reported to be negotiating to acquire all or part of Playboy Enterprises.

“I think we’ve proved over the last two years that we can increase sales and profits in a recession, and I’m confident that this [brand management business] model will continue to thrive. The beauty of this model in these times is that the revenue is guaranteed from licenses,” Cole concluded.