Bridget Foley’s Diary: The Case of the Truncated Trunk

Is the case of a shrunken trunk about flattery or theft, evolution or devolution? 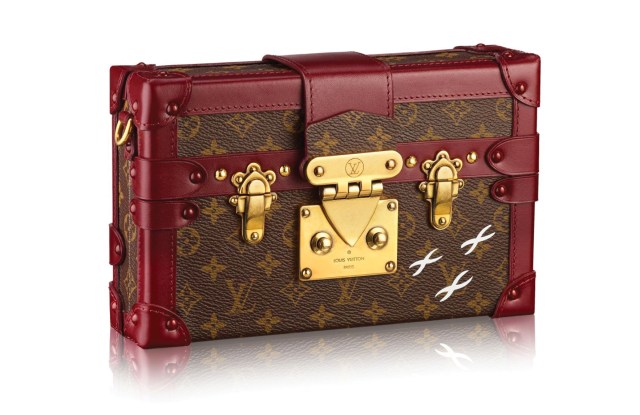 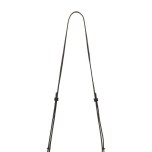 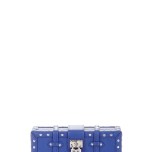 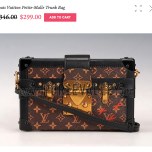 “Honey, I shrunk the steamer trunk!”

This story first appeared in the May 4, 2016 issue of WWD. Subscribe Today.

The trunk in question is by Louis Vuitton. The first shrinkage: Fabulous, conceptualized and created by the one designer with the unquestionable legal and intellectual property rights to do. That would be Vuitton’s Nicolas Ghesquière, who for fall 2014 had the daring idea, brilliant in its obvious-but-never-done construct, to super-shrink the classic Vuitton trunk — make that the iconic (a word we at WWD do not drop casually) trunk, designed by the house founder in 1800-whatever. Ghesquière turned the grand packing crate, crafted to withstand bumpy carriage rides and bumpier ocean crossings, into a 7.1-by-4.7-by-1.6-inch bag, a hard box that fits little beyond the essentials — phone, credit card, keys and perhaps a lipstick. He called it the Petite Malle (shown above). So chic.

Recently, I passed the BCBG Max Azria store in Midtown and saw a window tableau of three mini trunks, very similar to Ghesquière’s in size, look and trim-and-hardware detailing. Though all in solids (blue, yellow, luggage brown) as opposed to a monogram, the reference was unmistakable. I was appalled. I later learned that Sam Edelman has a similar bag in its fall collection.

But is the case of a shrunken trunk about flattery or theft, evolution or devolution? Isn’t everything about adaptation and interpretation? Ghesquière was inspired by founder Louis’ steamer trunk. My grandmother had a (far less grand) packing crate with her on the boat to Ellis Island. Who can claim the trunk? Ghesquière? Louis Vuitton? My grandmother?

I quite like the above italicized paragraph. I like it a lot. It’s very smart. It’s also stolen, the final graph of a story on knockoffs that Michael Gross wrote in The New York Times 30 years ago. I didn’t copy exactly — how could I? Gross’ story centered on a famous cabbage rose sweater, the original of which was designed by Jean Paul Gaultier (or did Gaultier steal from Crolla?). My graph blends Gross’ own words with a quote he used from the late, inimitable Bernie Ozer.*

For a journalist, such theft carries risk. To run that graph sans attribution, I’d have to assume that no other long-ago reader would remember it, and Gross wouldn’t see it. Should said assumptions backfire, I’d be fired. Were I a student caught in a similar situation, I’d fail the assignment and probably be suspended or expelled. In either case, journalist or student, fear of getting caught shouldn’t be the deterrent. You’re on an honor system; plagiarism is intellectually dishonest.

In fashion, that most creative of commercial disciplines, siphoning from another’s intellectual property is too often A-OK. This is not to rage against creative use of inspiration; appropriation has been part of fashion forever, and plays an essential role. So much so that I feel lazy in recycling the old Coco Chanel line that those who insist upon their own originality have bad memories.

Still, some “appropriation” feels wrong. Particularly now, with fast fashion nipping so relentlessly at the heels of the luxury sector. In my quest for more Petite Malle malefactors, a Google search revealed Purse Valley and AAA Replicas, two Web sites dedicated to delivering line-for-line knockoffs. Pick your favorite: Vuitton? Céline? Fendi? Prada? These sites exist to fake people out — Canal Street online. At Purse Valley, the Web site brags, “Our replica handbags, fake watches and accessories collections are vast and discerning at the same time, both in matters of brands and designs. There is a wide selection of high-end brands on our site and a diversity of replica models. We make sure to offer the best quality replicas on the market.” From AAA Replicas: “Unlike the cheap fake bags that are available at other Web sites, we choose to manufacture to the specifications, details and quality our customers expect….This attention to detail means that our Louis Vuitton bags are genuine leather, just like the real handbags. It also means our Christian Dior replicas have the same charms, making every one of our replica bags an exact copy of the original.”

It’s so flagrant, I thought that perhaps the use of the word “replica” — the admission of copying — makes the copying legal. Absolutely not, according to Robert Tucker, partner at Tucker & Latifi, a boutique law firm specializing in intellectual property issues. “It’s totally illegal,” Tucker said. After clicking through Purse Valley, he noted that the site ships goods from China and doesn’t use PayPal, lessening the possibility of freezing assets. “The counterfeiters are getting smarter. It’s difficult to track them down, and they’re getting paid through a traditional means [individual credit card numbers] that’s difficult to track.” He said conducting business online allows counterfeiters to send directly to the consumer rather than in bulk shipments that might raise red flags at border control. “They’re shipping the goods so they can’t be tracked, and that’s how they’re operating with impunity.”

Tucker made me feel a little stupid. I’ve been doing this long enough to recall a 30-year-old Bernie Ozer quote that impressed me (though, thank God, not long enough to have forgotten it). Yet I had no clue about replica sites. Tucker suggested Googling the single word, “replica.” The fifth entrée is a watch site flaunting copies of most major brands.

Though shocked by the audacity, I get the point. These sites exist to deliver merch that tricks the eye: Can’t afford a real four-figure Petite Malle? In seven to 10 days, according to a woman I spoke with at Purse Valley customer service, you can have a ringer for $299, and let the observer tell the difference.

While such bags may be fake, their purpose isn’t. Nor is there anything cryptic about the mission of the sites that sell them. More curious is overt appropriation by reputable brands. (On Monday, the Supreme Court agreed to hear the suit between Star Athletica LLC and Varsity Brands Inc., producers of cheerleading uniforms, that could have copyright ramifications for the fashion industry.) I get it — to a degree. Chanel’s quilted leather crossed over years ago — or was pulled over — into the public domain of handbag pushers. And all up and down the fashion food chain, brands will hop on a hot-item bandwagon, for example, that of Céline’s gusseted Tribute bag. As with adolescent wrongdoing, there’s at least some dissipation of culpability in the go-to rationalization that everybody’s doing it.

But a shrunken steamer trunk? The original is a great bag, an inventive concept. Ghesquière created a new minaudière not by working in an au courant material like wood or mother-of-pearl, but by subverting one of Vuitton’s most essential house codes into an object useful in an entirely different, contemporary context. It’s the ultimate in daytime chic for schlepping minimalists, and brings power to the evening bag construct (fie on fussy; the historical Vuitton is about chic durability).

Visually interesting though it is, as with most status bags, part of the appeal is in the label. Particularly so here because, like the Birkin, the Petite Malle achieves that rare fusion of fashion currency and lofty historical resonance.

Without that connection (one Purse Valley fakes with some success, if the Web site photos are accurate), what’s the allure of a tiny trunk-shaped handbag? Will the BCBG Max Azria version at $188 and the Sam Edelman (price unknown) resonate with the customer on the strength of their unoriginal utilitarian design?

There was a time when knockoff kings wore that distinction proudly. In the Times article, the unapologetic Jack Mulqueen told Gross, “We stand up and say we do it….We’re Robin Hoods.” ABS’ Allen B. Schwartz still does. He found his look-at-a-price niche years ago and runs with it. Five years ago, he boasted to WWD about how quickly his version of Kate Middleton’s bridal gown would get to market (albeit with polyester swapped in for Sarah Burton’s silk). He readied the sample in a day for immediate order and delivery two months out.

There’s something to be said for bringing high-end design concepts to a broader market, and more to be said for “owning it,” if that’s your approach. Sam Edelman and Max and Lubov Azria declined comment.

* “Is the Cabbage Rose case about flattery or theft, evolution or devolution? To Bernard Ozer, a vice president of the Associated Merchandising Corp., the point is, finally, moot. ‘Everything is adaptation and interpretation,’ he says. ‘There is nothing original under the sun. Gaultier was inspired by a cabbage rose. Years ago, Kenzo did a cabbage rose. My grandmother wore a cabbage rose babushka. Who made a rose? God? A seed? Gertrude Stein? Or my grandmother?'” — The New York Times, Dec. 17, 1985

RIP Bernie. He spoke out of shameless self-interest, but engagingly so.