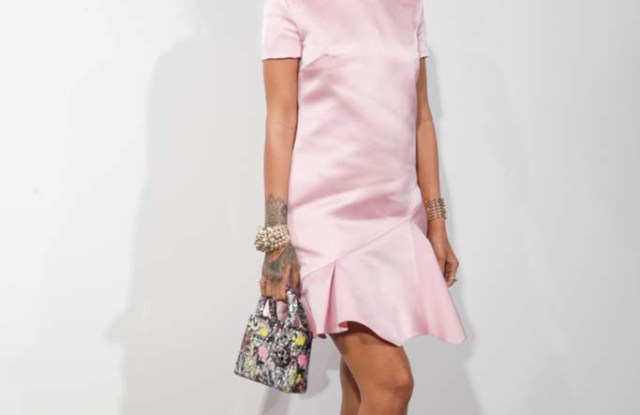 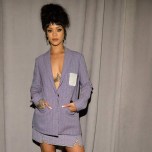 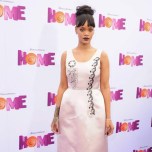 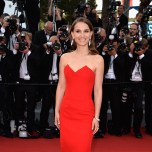 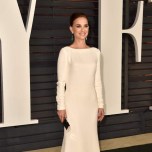 My daughter moved from her native New York to Los Angeles not knowing how to drive. The intelligence therein aside, driving didn’t come easily. Fearful of having to ditch the comedy-writing dream and move home, defeated by driving (she failed the road test twice) she happened upon the now (sadly) defunct Mercedes-Benz Driving Academy and passed the test soon thereafter. During one early-morning lesson, Grainne marveled to her instructor Russ about his professionalism compared with that of her previous instructor. “We have to be professional,” said Russ. “We’re brand ambassadors.”

Brand ambassador. I first heard the handle, or at least it first resonated, years ago when W ran a story on a band of Italian socialites recruited by Giorgio Armani. I found it hilarious — the silliest, best nonjob in the world. A decade-plus later the term resides firmly within the professional lexicon as legitimately as any job title, particularly at the luxury sector, as the response from the Mercedes instructor suggests.

Official brand ambassadors are all around us, utilized nowhere with greater resonance than at Dior, which recently welcomed a newcomer into its fold. With the launch of her “Secret Garden” video, Rihanna joins Marion Cotillard and Jennifer Lawrence touting Dior Couture (with crossover into accessories) as well as Dior Parfums’ Charlize Theron and Natalie Portman. These women appear in ads, online films, at fashion shows (though Portman, not so much), and when the stakes are highest, wearing Dior to mega photo-op events. More often than not, they get laudatory reviews. And as their Dior-bedecked images are beamed the world over, there’s typically no mention of contractual obligation.

This type of brand ambassadorship spawned from the symbiotic fascination that’s gone all hot and steamy between fashion and celebrity over the past 15 or so years. But Sidney Toledano, chief executive office of Dior, maintains that the concept isn’t new. He points out that Dior maintained such celebrity relationships by the time he arrived at the house 21 years ago.

He notes that the basic idea goes back even further. “Monsieur himself had the Princess [Margaret],” he says. Major Golden Age actresses — Marlene Dietrich, Sophia Loren, Elizabeth Taylor, Grace Kelly, Lauren Bacall — were Dior acolytes as well, often wearing the house’s clothes to high-profile events, in their personal lives and in their films, sometimes at their own request. What’s different today is the scope of coverage. “Now, obviously with the press and the Internet, [the impact] is huge,” Toledano says. “Take the last campaign with Rihanna. Instagram — it was on, everywhere. In the Fifties the response was not worldwide and immediate. It was a few people in a movie, or in some fashion magazine. Today, young people are on Instagram all day. Snapchat, Instagram, YouTube. The reaction is on the speed of light. That is a big change now.”

Another big change involves not a new medium but an old one — money. Today’s ambassadors are under contract. Before, says Toledano, “the process didn’t have the agents and lawyers. It was more direct contact with the director of a movie and the actresses themselves attending the show.”

It’s unlikely that the viewing/reading/Web-searching and ultimately shopping public cares that a contract is involved. Obviously, consumers understand advertising, and respond to its aspirational appeal. Whether it resonates at the Oscars, Met Gala or wherever, that the celebrity may have been contractually obligated to wear something is of little consequence. If viewers like the way an actress looks in a dress, most could not care less about the particulars that informed its selection. Certainly most actresses make a point of not limiting themselves to the brands they represent; for example, no one wears the same label to the Golden Globes as to the Oscars.

Asked whether its brand ambassadors must wear Dior to major events, Toledano hedges. He won’t clarify if brand ambassadorships include any absolute must-wear occasions, but says the Dior ladies are not obligated for all big public occasions, and “it’s our challenge to design and propel them. They have their moment. It’s a constant discussion.”

While celebrities have their moment, so do fashion houses. Raf Simons leads Dior’s current moment and in recent seasons has flexed his modernist muscle, respectfully but decisively. Rihanna gives the house a personality type it hasn’t had before — a high-profile “fashion girl” known for her sartorial daring far more so than, say, Lawrence, who, despite going a little more outré at the most recent Met Gala and, despite her youth and adventurous career choices, shows a red-carpet penchant for dressing like it’s 1958. While Cotillard has proven more adventurous than Lawrence, Rihanna plays to a different, broader, younger, more Web-obsessed constituency.

Toledano stresses that each case represents a relationship. In retrospect, Rihanna’s appearance at last year’s Dior 2015 resort show in Brooklyn, the most recent of several Dior shows she’s taken in, was something of a foreshadowing, the hottest cool girl on the planet adding street cred to one of the most deified names in fashion, as it used the Navy Yard for a launchpad for Simons’ increasing bravado. Though unusually demure in girlish pink, Toledano notes that “she was super modern, wearing Dior and the attitude.”

Translation: a brand ambassador must be more than just a pretty face, she must have an attitude that will translate on-screen and in print. Cotillard had the idea to do a mini movie. She said early on, “I’m not a model. I want a story in your campaign.” The results were impressive scripted films directed by the likes of David Lynch and John Cameron Mitchell. “Everything was a discussion between Marion and the directors,” says Toledano. Lynch’s 2011 “Lady Blue Shanghai” is 15 minutes of fabulous, with Cotillard acting up a storm.

Leap four years later, to the recently released “Secret Garden IV,” directed by Steven Klein, and Rihanna sizzles silently but for her “Only If For a Night” on the soundtrack. “It’s charisma,” Toledano says. “There was a period of models, in the Nineties, when we had Carla, Naomi, Kate, they were ambassadors as well, even on the runway, because they had the personalities. Then we had the actresses representing and inspiring the designers. For a brand like Dior, we need people like that.”

Rihanna infuses the Dior image with a welcomed shot of edge, “another music, another face, another name to the brand,” Toledano says. He argues that women with vastly different personalities and images express Dior’s range. “I see Charlize doing it her way and Marion, her way and Rihanna, hers,” he says. “But there’s always femininity and elegance, and wearing the dresses in fantastic ways.”

Whether the contractual aspect of such expression detracts at all is at this point academic. The public has spoken: It loves looking at images of fabulous women wearing fabulous clothes, and if they’re paid to zip up that dress, who cares?