Best dressed? An old-school (as in last season) siren in a red sexpot dress renders that descriptive wanting. "Favorite looks" makes for a more inclusive edit. 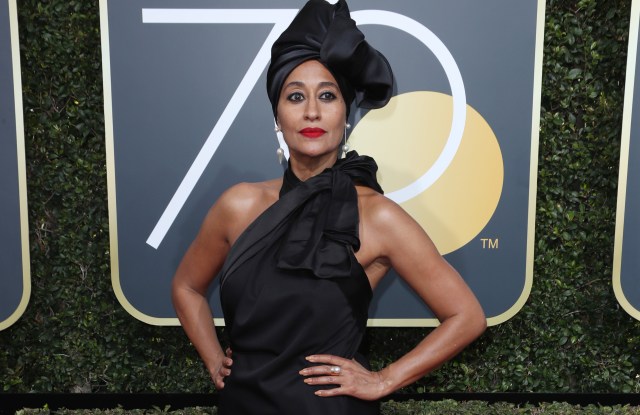 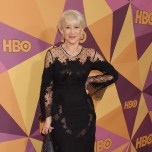 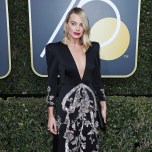 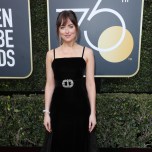 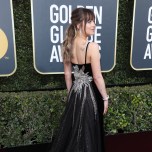 Two points hardly of equal weight, but the social media frenzy over one does not negate the legitimacy of acknowledging the other — inclusive of noting the brands and designers who helped the women realize their looks — particularly at a televised awards ceremony which, until now, has been considered an entertainment show largely dependent on its fashion element for its success.

Had the red-carpet frenzy spun wildly out of control long before Sunday night’s Golden Globes? Of course. And in fact, it’s not a situation limited to the red carpet. On any given day, any fashion journalist will find in her or his mailbox a litany of e-mails from junior p.r.s across the industry boasting that “this or that house is delighted that this or that celebrity wore this or that dress/skirt/handbag/loafer to this or that event — or on the street outside of Starbucks.” The notification stream falls somewhere between tedious and embarrassing. However, most people in fashion know that if someone’s wearing a piece of something you love, you’ll probably mention it. If you don’t know whose it is, you’ll ask. If that makes us all shallow, so be it. We love clothes and are curious about them. When I love (or loathe) something, I’m interested in its maker. Here, then, in no particular order, my shallow take on what I loved from the Golden Globes.

Margot Robbie: The shoulder of Robbie’s Gucci gown gave her look a hint of retro, which she wisely countered with simple hair. When the Globes all-black initiative was announced, I joked to someone, “There goes Gucci.” Wrong! It seems that Alessandro Michele is incapable of a misstep (at least with the lights up). Here, he proved as adept at rendering his decorative impulses in black, silver and crystals as in mixing every color under the sun.

Dakota Johnson: See above. Not only can Michele wow within specified parameters seemingly antithetical to his nature, he can also do plain to perfection — at least from the front view. With a jeweled belt buckle at her waist, Johnson looked chic and understated. The embroidery in back made for Gucci-fied delight.

Tracee Ellis Ross: The asymmetric halter of Marc Jacobs’ dress added a soupçon of eccentricity to a classic style. The turban heightened one of the evening’s most personality-driven looks.

Kendall Jenner: A major model in a huge fluff explosion only a major model could pull off, but cut away by Giambatista Valli to show some leg. What’s not to love?

Naomi Campbell: The pact with the devil continues to pay dividends. The woman has not aged an iota in 25 years. She looked fabulous in Jean Paul Gaultier. But — no disrespect to Gaultier — with Naomi, the dress doesn’t matter.

Hong Chau: Chau worked the discreet side of seduction in a new-looking slipdress by Stella McCartney.

Mary J. Blige: Blige went where few dared venture — the glam diva route. She pulled it off brilliantly, in a sexy, velvet-and-mesh number that was a bit of a surprise from Alberta Ferretti.

Blanca Blanco: You’ve got to admire a gal who doesn’t cave to peer pressure. Blanco’s dress is by Atria Couture.