After 40 years, Josie Natori still does it her way. It's all she knows. 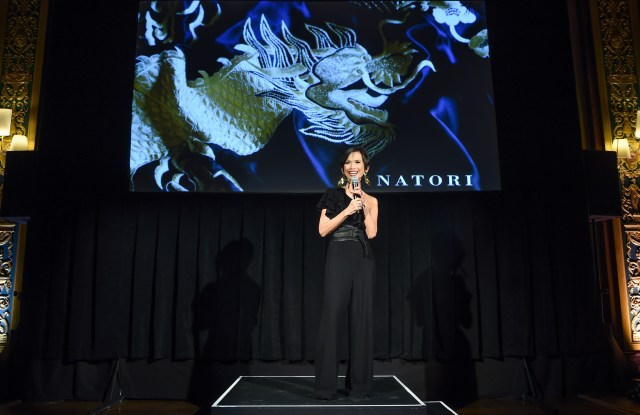 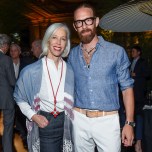 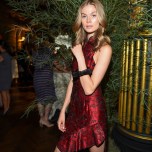 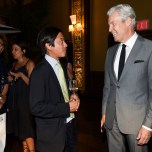 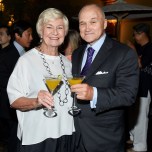 Fashion’s list of long-haul independents is short, the status hard to achieve and harder still to maintain. Among the most notable: Dries Van Noten, Anna Sui and Derek Lam, each in his and her own way both realist and iconoclast.

Josie Natori merits a place on the roster alongside those more obvious names. On Tuesday night she celebrated the Natori Co.’s 40th anniversary with a cocktail party for 250 people including friends, business associates and Natori staffers. It was an event both elegant and understated, much like the woman, whose intense expectations of herself and others are not prone to the kind of rampant self-congratulation that has become au courant in the social-media age. It’s not that she’s given to false modesty, but whether by nature or nurture (most likely a combination of the two), she finds obvious self-celebration tacky.

Yet 40 years is indeed an accomplishment, one even Natori couldn’t let go. Thus, in the lead-up to her fall 2017 collection, she enlisted filmmaker Tim Braun to create a film, which debuted at the party — as chic as it was hastily arranged, Natori having gone back and forth about whether to mark the occasion before ultimately deciding in the affirmative. The film, “Art Into Life,” offers a snapshot of where the designer and brand are today and where they came from — a place of pride, discipline and determination. “In the Eighties,” Natori says to the camera, “I couldn’t do anything wrong. In the Nineties, I couldn’t do anything right.”

Yet here she is, in the Teens, her company going strong on her terms. She still works tirelessly, although now, she said, she has a new boss, her son Kenneth Natori, who joined the company 10 years ago after working as a television business reporter for Bloomberg and on Wall Street. He is now president while she remains chief executive officer and Ken Sr., chairman. Might aspirants find inspiration in a career arc like Natori’s? The reality is that most designers who launch their own companies and then sell a stake or the whole enchilada do so not with the initial intention of becoming Michael Kors-rich (though wouldn’t it be nice?), but with the goal of just staying in business, of making it over the next hurdle. Viability is the aim, potential riches, the gravy. If staying independent and retaining control of one’s name and destiny were easy, more people do it.

Yet Natori’s is a path worth noting. To those in fashion, her story is well known. She arrived in New York from Manila to attend Manhattanville College. Right after graduation she started her career on Wall Street and rapidly rose to the position of vice president at Merrill Lynch. Yet she never lost her affinity for or connection to home, where much of her family remains. This includes her mother, Angelita Cruz, an elegant woman who, at 92, still works for the family’s construction business. (Cruz had recently been in New York for a granddaughter’s wedding. Natori asked her to stay an extra week to attend the party but she refused, maintaining she had to get back to work. “She writes all of the company’s checks,” Natori explained.)

Ultimately, finance proved not enough for Natori. Or, perhaps more accurately, working for someone else proved less than satisfying. By the time she married Ken Sr., they knew they wanted to own a business. “The question,” Josie said in the film,” was what.”

Somehow, she arrived at innerwear, “a necessary luxury,” she once told WWD. While the choice may have been rooted in pragmatism, the fashion element came naturally. From her mother, Natori inherited a powerful affinity for the pleasures du la mode. It’s a passion she retains, though she acknowledges that she no longer indulges in its most luxurious manifestation, haute couture.

From the start Natori ran with the idea of “innerwear-as-outerwear,” her aesthetic infused with a strong Asian influence. She quickly becoming a darling of the department store set for her chic, often ornamented but ultimately functional designs. According to party guest Terry J. Lundgren, she “got” the business side from the start. “I think having a finance background in her beginning has helped her to understand what it would take to have long-term success. She understood a balance sheet before she understood the feel of a fabric,” the Macy’s chairman said.

Yet she was no mere numbers cruncher. Rose Marie Bravo cited Natori’s innate creativity. “She’s a pianist; she understands music and art and draws from it, in her work,” Bravo mused, while also citing Natori’s willful grit, a trait that has served her well through inevitable adversity. “She always had a dream, even when things didn’t go as well as we would have liked,” Bravo said. “She always had a way to think about it positively — ‘How can I use this to advance this company.’ Trial and error got her to the point she’s at today. It’s amazing what she’s achieved.”

The freedom to not be a slave to growth didn’t hurt; several market sources put the volume of Natori’s core business at upwards of $50 million; $125 million total including licensees. Nor did a killer work ethic and an approach to business in which essential working relationships evolved into genuine friendships. In addition to Bravo, past work “partners” turned friends who attended the party included Burt Tansky and Joe Ford, cofounder and former ceo of Alltell and Natori’s first client at Merrill Lynch.

Natori functions at a near-frenetic pace; spending time with her is exhilarating sometimes to the point of exhaustion. She travels between New York and Manila, where the company operates two factories totaling 100,000 square feet and 75 percent of the firm’s products are produced. As a boss, she is both demanding and generous; in the film, her design director Kristina Aquino gets almost as much camera time as she does.

To this day, Natori remains as engaged and passionate as when she ditched a flourishing Wall Street career to pursue her dream. So much so that she, Ken and Kenneth (the son, who goes by the longer version of his name, now holds an ownership position) have never seriously considered cashing out — or taking on an investor to facilitate larger growth. “Of course, we have had many offers through the years but have chosen to stay independent,” Natori said. “I am happy doing what I am doing and to follow my vision and not to be accountable to anyone!”