On Saturday, Meghan Markle will become a princess. Her first royal gesture: how to look for the big day. 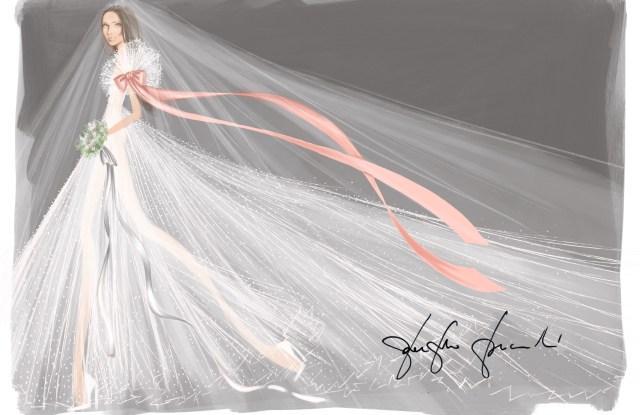 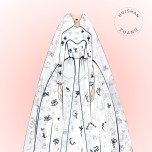 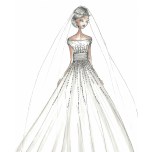 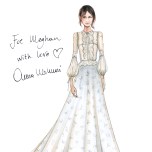 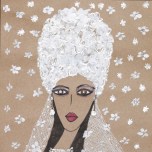 The eyes of the world on you, a cultural moment that will live forever and the dress along with it.

While no one need shed a tear for Meghan Markle, it’s hard to imagine the stress level inherent in her dress selection. Though not destined to be Queen, she may feel the pressure even more intensely than did her soon-to-be-sister-in-law, the former Kate Middleton, when she took her stroll down the aisle seven years ago. Given that today’s social media is far more developed, intense and volatile than it was then, Markle’s concerns for the judgments of history may weigh less heavily than those for the Instagramming, tweeting millions at the ready to gush or gouge in real time.

This wedding can be looked at on numerous levels. For most of us, it’s a fun, forget-your-troubles diversion at a global cultural moment that’s anything but serene. The way it has captured the world’s fancy, with headlines often invoking the word “fairy tale,” indicates a general openness to suspending whatever degree of sophisticated we imagine ourselves to be, while getting lost in a little real-life fantasy: Will Meghan’s tiara outshine Kate’s? Will the post-wedding carriage trek offer sufficient glimpses of the couple? Our exposure to fame via the 24/7 onslaught of “personal” information supplied by and about celebrities and quasi-celebrities only intensifies our wonder. This isn’t the Kardashians pretending to be like us, but real people playing out a scenario that is incredibly unreal.

Except once a generation, there’s a crossover. Grace Kelly, and before her, the Duchess of Windsor (OK, never a princess, but still.) And now, Markle — “Harry and the ‘Suits’ girl,” as Mitchell referred to them in an episode of “Modern Family.” At first glance, their relationship pulses with the open-mindedness of a changing world. Really? American! Biracial! Actress! Divorced! Wears Pants! The relentless discussion of those Markle characteristics indicates that full-on enlightenment of the Western mind-set has a ways to go.

As such, Markle is an ambassador. Right now, she is probably the second most famous American on Earth, representing the U.S. at a time when the overall image could use some buffing. Markle embodies American freshness and confidence, all broad smile and vivacious self-assurance. Yet her ascent to the threshold of royalty also exposes the American cultural inferiority complex. We know Brits and Continentals are fancier; they just are.

Never mind that the Windsors understand rocky marriages and have had their own bouts of embarrassing family antics gone public. As Americans, don’t we all just want the wedding to go well? On Monday, news came that father-of-the-bride Thomas Markle had suffered a heart attack and wouldn’t attend the wedding. Until then — and now wishing him only the best of health — weren’t we all hoping that he would behave? Did anyone not wince at the folly of his staged pictures, getting fake-measured for his wedding garb, and before that, the nastiness of his son’s diatribe in In Touch? Please God, let it all go smoothly. America needs some good p.r.

On Saturday, Markle will make her first royal statement to the world. In large part, it will be telegraphed by how she chooses to look, not just the dress, but the whole package: the hair, the makeup, the tiara. Or, some have even suggested, the lack of tiara. (Odds are against that one.) Yet it all starts with the dress. WWD asked a number of designers for suggestions. They offered diverse ideas, from grand silhouettes, some with glimpses of leg, to languid lines. There was a unifying theme: a current of sophisticated modernity reflective of Markle’s style. Over time, her look has evolved from Hollywood sexy to a chicer take on body-con minimalism. She threw a curve with the embroidered, sheer-bodice Ralph & Russo couture gown she chose for her engagement photos, which she wore with a casual attitude that charmed.

So, for the big day, what will Meghan wear? Time will tell. Social media will rage. History will remember.