A look at memorable moments from the spring 2018 collections season. 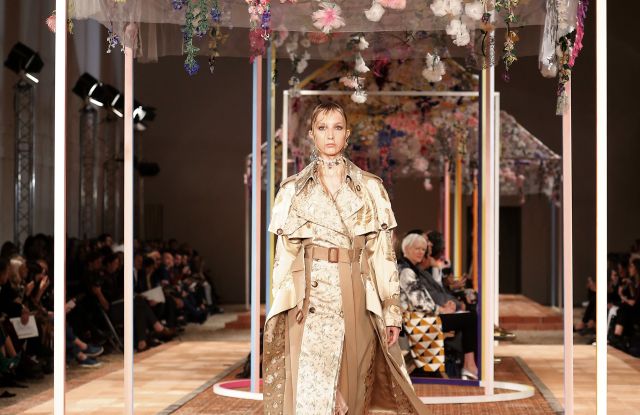 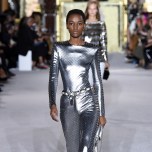 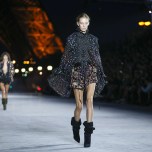 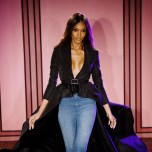 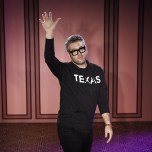 At its best, fashion triggers emotion, whether on a deep, visceral level, or with the superficial glee brought on by looking at and perhaps acquiring something pretty. At its worst — come show time at least — fashion can exhaust and frustrate.

A typical season offers the possibility of both, the downside oh-so palpable for spring 2018, particularly in New York, with its considerable imbalance between the number of shows (and often hideous logistics) and its fashion return. Yet with benefit of hindsight (read: emotional distance and time to de-grump), the irritations of the season congealed into a big, vague blob while the special moments continue to resonate as distinct and powerful. There was plenty to love. Here, my highlights (and one lowlight).

1. Guy Talk: In emotional backstage conversations, both Brandon Maxwell and Balmain’s Olivier Rousteing credited their families as sources of ongoing encouragement. Maxwell cited his mother, sisters and recently deceased grandmother, “all strong, independent women,” as ongoing sources of inspiration, and traced his ample showing of denim back to his Texas roots. Rousteing noted that showing at Paris’ Palais Garnier brought to fruition a 20-year dream triggered when he first visited the glorious theater at age 10, for a ballet performance with his family. “I was with my grandma and I said, that’s what I want in my life,” he said. “That’s what I feel [is] la splendeur parisienne.”

2. Speaking of Splendeur Parisienne: The Eiffel Tower at night is a tough setting to live up to. With his high-tone, leggy lineup, Saint Laurent’s Anthony Vaccarello did so beautifully.

3. The Power of Positive: Numerous designers, including Anna Sui, Alexander McQueen’s Sarah Burton and Dries Van Noten, invoked fashion’s power to provide essential diversion from our tumultuous, depressing times. Van Noten invoked the e-word. “We always say fashion can be a reflection of what’s happening in the world. But fashion can also be escapism,” he said. Noted Sui, “I think we have to focus on the beautiful, the positive — glitter and sparkles and being happy.”

4. Everybody’s Welcomed: Two statements on inclusivity could not have been more different. Public School’s Dao-Yi Chow and Maxwell Osborne showed at Five Points in Chinatown and were inspired by the humble plastic deli bag of the sort used by small, often immigrant-owned businesses. Thom Browne created a mesmerizing dreamscape where everyone is perceived as beautiful. “The fantasy is where it needs to start,” he said.

6. Ralph in Bedford: The personification of living the life — smart clothes, fast cars and gracious hospitality.

8. Art and Comme: In a brilliant display of artful appropriation, Rei Kawakubo had her way with the works spanning half a millennium.

9. Glamour on the Go: At Maison Margiela, John Galliano imagined a chic woman dressing in haste to imperfect perfection.

10. Somewhere Here: Of his ebullient, frenetic fashion, Marc Jacobs said, it’s “not about any [particular] landscape. It’s somewhere; I’m not sure where.”

11. Somewhere There: Valentino’s Pierpaolo Piccioli offered an exquisite collection derived from musings on the moon.

12. Surface Smarts: At Loewe, Jonathan Anderson delivered high-interest clothes with a casual attitude and a nod to Isak Dinesen.

14. Back to the Future: At Louis Vuitton, Nicolas Ghesquière may be mused on the word “anachronism,” but his powerful infusion of street attitude and grandeur pulsed with currency while recalling the height of his tenure at Balenciaga.

15. Only Human: To the person who found and kept the jewel of a handbag I left in the lady’s room at Giorgio Armani, may the fashion gods repay you in kind.