Pierpaolo Piccioli talks about working solo, the influence of the street and why Gigi Hadid makes a gorgeous — if unlikely — Valentino girl. 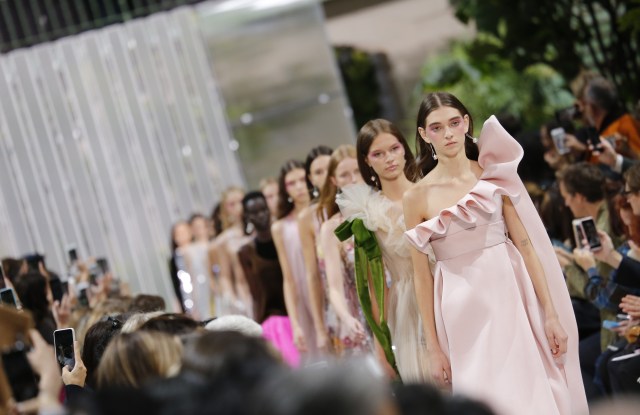 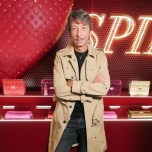 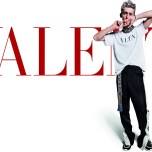 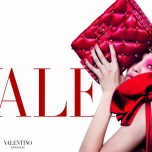 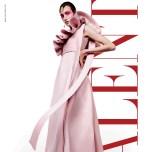 Pierpaolo Piccioli is a man of his word. On a brief trip to New York earlier this month for a benefit for Every Mother Counts, he agreed last-minute to a chat with WWD — no major agenda, just a catch-up during which he would reflect on his first full year as solo creative director at Valentino. Somehow, time ran away, as tends to happen, and Pierpaolo flew home. But unlike time, he didn’t run. Rather, we spoke on the phone last week.

WWD: You’ve had quite a year, your first full year as solo creative director at Valentino. What have been the biggest changes for you?

Pierpaolo Piccioli: I think that I work more spontaneously, less over-thinking. I always start the collection with a reflection about the time, and then I work very, very spontaneously. It’s a more instinctive, more direct, more emotional approach to the work.

That is the difference. When you work in twos and you respect each other, you have to confront, you have to arrive to a common point. It’s the only way to work together, to arrive at a good point on which you agree. But when you are alone, I’ve just learned in this year, you can be very spontaneous, you can be very emotional, you can deliver directly your emotions into your creations. You don’t have to think why that color has to be that color, but you know that’s the only way to express your idea.

Also, I’ve learned that my job is a way of expressing myself deeply. [Before] I was more reasoned. Now, I am more of a free spirit.

WWD: In the past year-and-a-half, many designers have politicized the runway, and understandably so. You have resisted that.

I think showing the romanticism, the graceful aspect of women, the individuality, that’s a way to talk about femininity in a different way. I don’t believe that women have to be like men. I think that women and men can show the inner side of their personalities. That’s the real issue today, the real challenge: to [have] the freedom to be yourself — the freedom of being, of expression, freedom of individuality, of diversity. That’s what I want to talk about [through] fashion.

WWD: You also always talk about the importance of fashion allowing us to dream.

P.P.: Yes, that’s very important, for sure. If you don’t dream, if you don’t react to ugly times, you don’t give people the strength to fight. I don’t think that fashion has to only record the ugly times. Sometimes, you can react to the times, [by allowing] dreaming, something more positive, more optimistic.

WWD: I love the idea of not just recording the times but reacting to the them by being positive.

WWD: Talking about reacting to the times, we’re seeing luxury react to the general casualization of lifestyle. In your past two collections, beginning with cruise, you’ve integrating street and sportswear elements, but without sacrificing the Valentino aesthetic.

P.P.: I feel that streetwear is definitely a part of contemporary life. I had to integrate that part of the culture of today, of this moment, into an aesthetic which is more Valentino. With the resort collection, the one I showed in New York, I started with the idea of streetwear. Not the contemporary kind, but the moment where streetwear was born in New York in the late Seventies-early Eighties, with the beginning of hip-hop. It was huge. People felt an urgency to express themselves through new ways, so hip-hop as a form of music was finding a new language.

I started looking at that moment and at that kind of approach, mixing pieces of hip-hop, modern streetwear, the elements of Valentino, the very classical elements of floral prints, the ethnic references. You can really see that the African culture, the Indian culture, the North American culture. Everything is mixed together. I love this idea of different ethnicities, mixing them together to create a new way of being one thing, one world.

I think that is contemporary — the tension between the couture and the streetwear. For me, it was creating a new, contemporary language. That was my goal: trying to elevate the streetwear and to give to the Valentino world a new, imperfect and more alive perspective.

WWD: Spring was a very special collection. Again, you integrated a sportswear focus, but you made it look interesting and expensive, as luxury should.

WWD: Do you expect to continue with this direction, this melding of the ordinary and the sublime?

P.P.: I feel that this is what contemporary life is about. For sure, I want to get more life into the Valentino world. I love when you see the imperfections of the human touch in the collection. Even in a huge company like Valentino, you have to achieve something very personal and very human to feel more contemporary, to relate with people, to deliver something to dream about, because we see everything through digital and flat screen. That’s why I wanted to do the pop-up stores.

WWD: What’s their appeal to you?

P.P.: I don’t want to only put the collections into the [primary] stores. In the pop-ups, I can make the environment more real, more in line with the street, so people can connect to Valentino in a way that’s less institutional and more spontaneous, more vibrant.

Also, for these pop-up stores, I wanted the staff to seem contemporary. They are real people with their own style; I didn’t want to give them uniforms. I just gave them one item, the white shirt, and they can interpret the white shirt in their own way. I think it’s important to give the customers a new experience in the stores, to see the staff as people with a sense of individualism. It’s not about a uniform and the perfection of the environment. It’s more about the idea of bringing real life into the stores. I think it can be beautiful in the personalities and individualism.

WWD: Back to spring, it felt glamorous with personality.

WWD: Tell me about the campaign. I know Inez and Vinhoodh shot it.

PP: I would never have imagined I’d have Gigi Hadid in my campaign. I never used Gigi Hadid on the runway or in a campaign. But I wanted to take someone like Gigi, a contemporary woman who is is very well-known, and to change a bit the perspective [from which] we’re used to seeing her. It was challenging for me to work with her, because she’s so known already.

WWD: What was the concept?

P.P.: I wanted to capture the personalities of the girls and this idea of modern glamour — not a very intellectual campaign. I wanted to feel the positive optimism of fashion, the glamour of fashion.

WWD: I saw in the notes that it was inspired by some Eighties Valentino campaigns. The pictures I’ve seen are powerful and graphic, the mood quite different than the show.

P.P.: I really appreciate fashion photography. I wanted to do an image which was strong enough for this time. I see this contemporary idea of glamour as strong and romantic at the same time. That’s what women are today.

WWD: Tell me about the other girls.

P.P.: Aurora [Talarico] is totally new. She moves differently from Gigi. She is more romantic, more classic. Then we have Rianne [Van Rompaey] — quite modern; her energy is super beautiful. Oumie [Jammeh] and Adut [Akech] — they look like goddesses. Felice [Nordhoff] — she looks like a Renaissance figure, like a painting. They are different, but together, they get across the idea of contemporary glamour.

WWD: For the men’s you cast a young musician, Troye Sivan.

P.P.: He has something romantic and fragile but strong at the same time. I think that Troye is a very modern guy; his beauty is contemporary for me. He could be a good [example] of this idea of romantic men, a man less powerful but more with a sense of grace. I think that grace is a good word both for men and women. I think times can be better for women if we have more graceful men.

WWD: Do you enjoy men’s wear as much as women’s?

P.P.: I like both men’s and women’s collections. I have to approach them in different ways. I experiment both for men and women, but experimenting for men means something and for women, it means something else. Men have a [different] culture of clothes. It you want to change men, you have to change perceptions of some fabrics, change some colors. [It’s about] perceptions of 10 pieces.

P.P.: Men’s wear is about a trenchcoat and boots and a suit, a white shirt. If you change the way you approach the white shirt, you can offer a new romanticism, and you’ve done your job.

WWD: When is your men’s show?

P.P.: But first, New York. On January 10th, we present pre-fall in appointments. So I hope to see you.

WWD: Of course you’ll see me! Speaking of New York, Francesca [Leoni, Valentino’s outgoing communications director], has been a big supporter of a strong marketing presence in the American market. Do you expect that presence to continue?

WWD: Will you continue to show the pre-seasons here?