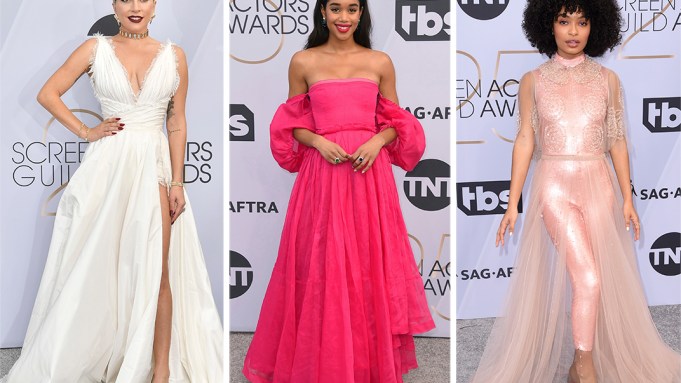 The SAG Awards proved a pretty affair. The women who walked the red carpet and had stage time on Sunday night looked consistently lovely, which made for appealing viewing. Yet while there was no memorable sartorial faux pas, neither was there an uppercase Fashion Moment. Rather, one had the feeling of a pre-Oscars palate-cleanser, the women opting for low-key elegance in advance of pulling out all the stops for their biggest fashion outing of the year on Feb. 24 (or second biggest, depending upon one’s view of, and attendance at, the Met Gala).

Let’s hope that’s the case. Because, let’s face it, for the Oscars to be entertaining, they need to have some major fashion going on. This time more than ever, with no host entertainment and one of the year’s most glamorous casts, that of “Crazy Rich Asians” shut out in the nominations phase.

Conversely, low-key — with a jolt of sunshine yellow — worked beautifully for the SAG Awards. Here, my picks for the ladies who looked loveliest at the SAGs.