Bridget Foley’s Diary: The Times They Are A-Changing

In a volatile season, the news came from all directions. 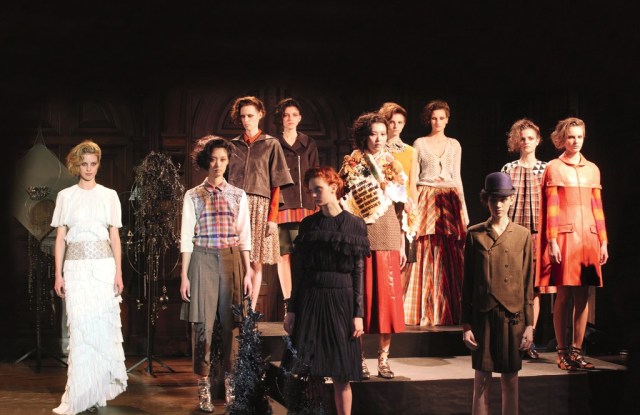 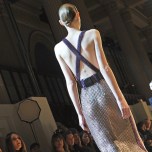 Christopher Peters thus described his and Shane Gabier’s utterly engaging Creatures of the Wind collection. He might have been speaking in general terms. Could words have a lovelier ring or express more succinctly the glorious promise of fashion?

At its core, fashion is driven by change: by the desire, the urge, the need for that which is new and which just might (in our shoppers’ reveries at least) become the conduit for magical transformation.

In reality, we buy the dress, the shoes, the whatever, without ever really transforming our lives, but the pretense offers happy distraction from the day-to-day, and the merch, a more than reasonable consolation prize.

The business of fashion is about change as well, and recently volatility has rocked its landscape. In a strong runway season, fall’s most seismic change happened off the catwalk: the abrupt dismissal of Raf Simons from Jil Sander, and the follow-up news that Jil Sander herself, available after the termination of her association with Uniqlo, would rejoin the house she founded. News of Simons’ dismissal shocked, as he was in the midst of one of the most glorious multiseason creative runs in recent fashion memory. Though his exploration of how couture elements, including some of considerable flourish, can be channeled into a modern sensibility was not initially intended as a Dior audition—when Simons embarked on the direction, for spring 2011, John Galliano was still ensconced at Dior and, rumored behavioral issues aside, no one could have predicted his impending crash—it proved to be just that.

On April 9, Simons was officially confirmed as Dior’s new creative director. After his spectacular Sander finale, it’s clear that, along with fueling the beauty and accessories ship, one essential mandate will involve making Dior relevant in an arena that was never Galliano’s forte, and in which his temporary successor, Bill Gaytten, never had the chance to make his own mark: daywear with currency.

In the season’s other major personnel change, Stefano Pilati was out as creative director at Yves Saint Laurent, replaced by Hedi Slimane. While Pilati’s eight-year tenure was marked by constant speculation about his imminent firing, his clothes never achieved the level of critical success the industry projects onto the hallowed Saint Laurent label. However, in this accessories-obsessed time, Pilati proved himself a master at connecting with women with high-drama shoes and bags, a legacy with which Slimane will have to compete as he assumes creative control.

Both Pilati and Simons comported themselves elegantly as they showed their final collections after having been publicly pink-slipped. Exactly why the houses of Sander and Saint Laurent handled the dismissals so sloppily remains unexplained, but pales compared to the way Gaytten was strung along for more than a year by Dior.

Still, fashion does move on—often positively. With terrific collections from, among others, Mary Katrantzou, Roksanda Ilincic and Peter Pilotto, the renewed buzz about London seems duly justified. In Paris, certified star Haider Ackermann continued his intricate ways with cut and color. In New York, it was delightful to see the attention given the Creatures guys, with their offbeat, homespun sensibility, as they take their place among the more established—and terrific—likes of Alexander Wang, Jason Wu and Joseph Altuzarra.

One thing that remained constant: Fashion’s proven greats continued to lead. Karl Lagerfeld journeyed to the Earth’s core, a fantastical place set with rich-hued semiprecious spires and stalactites, and came away with a fabulous proposal for Chanel sportif—everything worn over pants—that should ignite the ongoing Chanel frenzy all the more. Celebrating his 10th anniversary at Lanvin, Alber Elbaz dared to be joyful and unconcerned with a singular fashion focus. Ralph Lauren offered a touch of Downton Abbey amidst a bounty of elegance.

With a cheeky refreshment of her mid-Nineties graphics, Miuccia Prada proved that while countless others have tried, nobody does Prada better than Prada. Marc Jacobs showed two dazzlers, his luxury-class-only rail excursion for Louis Vuitton and, in New York, a hybrid Dickens-Pilgrim inspiration that left his audience both awed and wistful.

And, in a collection that had the industry talking—once those in attendance recovered their facility for speech—Commes des Garçons’ Rei Kawakubo absolutely slayed ’em. For her premise about a future of “two dimensions,” she sent out a parade of girls in giant clownish geometrics and vibrant color. It was beyond audacious. But audacity without technique is mere adolescent posturing. As is her way, Kawakubo conceived, cut and crafted her clothes to exquisite perfection. Pure fashion at its very best.