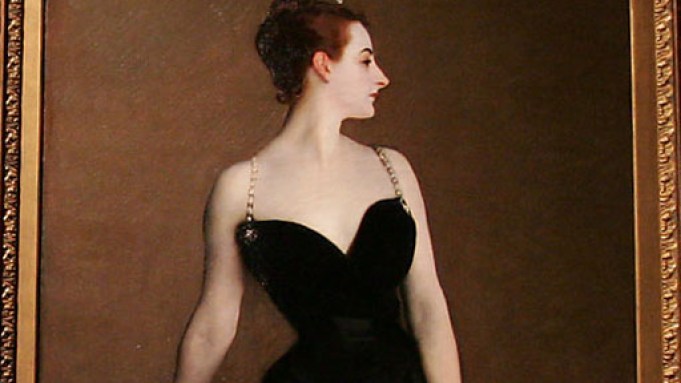 The women will wear black.

The stated purpose behind the call for women to dress in black at tonight’s Golden Globe Awards is to protest sexual harassment in entertainment and other industries. It’s part of Time’s Up, the sweeping antiharassment program spearheaded by many of Hollywood’s most powerful women. The initiative includes seeding a legal fund to benefit low-income victims of sexual assault and harassment in the workplace.

From the moment the first Harvey Weinstein story broke in The New York Times in October, this awards season was destined to be like no other. The Globes are the first of the major awards, and the hours-long, on-camera parade to the mics couldn’t happen without acknowledgement that the entertainment industry has been rocked to its core and forced into a new, in-progress way of conducting business.

But why the de facto dress code? Does asking women to converge to a visual norm strengthen their message about forcing change? Or does it infringe on the embrace of diversity, restricting to a degree the creativity involved in dress selection? Absent a clearly articulated explanation (and I haven’t found one), a few “whys” seem plausible. Sartorial sameness has long been employed as a tool of group protest, in photos telegraphing the intended sense of strength, community and shared mission. Then there’s the expectation that the monotone dressing will lessen the focus on the subject that has for years dominated red-carpet conversation — fashion, specifically “who’s dress are you wearing?” — thus allowing for topics of greater import, a furtherance of previous seasons’ #AskHerMore.

To that end, black likely made an easy choice — and not just because it looks good on everyone and would be the color most accessible on short notice. Black is the color of everyday sobriety and acute mourning, its most dramatic manifestation in Queen Victoria, who, following the death of her husband Prince Albert, went full-on noir and stayed that way for the next 40 years. Almost exactly a century later, Jackie Kennedy showed the chicer side of mourning at JFK’s funeral. At the Globes, any intended manifestations of mourning will be for the victims of sexual misconduct. But there’s cause for celebration, too, in light of the shattering of an industry order that for years recklessly made sexual victims of women and men.

Yet the all-black manifesto may not be as linear as it appears at first read. Black is also the archetypal uniform of cool (on-screen iterations: Audrey Hepburn, chic-cool in “Funny Face,” and Olivia Newton-John, cheesy-cool in “Grease”) of youth-culture rebellion (punk, Goth, beatnik) and sometimes, indicative of rebellion of a more nuanced sort. When Princess Diana ventured out in a curvy black dress looking gorgeous, sexy and happy on the very night a TV documentary aired in which Prince Charles admitted to infidelity, the press instantly dubbed her frock “The Revenge Dress.”

Black epitomizes patrician refinement, its iconic symbol: the LBD. Lose the sheath and slip-on bustier, fishnets and stilettos, and the message shifts 180 degrees. Black projects variously provocation, power and the three Ds: deference, dominance, decadence. Sometimes, its message is mixed, as in the simple dress with jeweled straps on Sargent’s “Madame X,” at once elegant, mysterious, outré.

If, in fact, uniformity and sobriety are the point of tonight’s call to black, there are no guarantees, as the color on the red carpet hasn’t always meant sameness or discretion. For every romantic (Cate Blanchett at Cannes, 2015), or refined sighting (Penélope Cruz and the SAG Awards, 2009), there are numerous incarnations of nearly naked (Chrissy Teigen at the American Music Awards, 2016; J.Lo at the Billboard Latin Music Awards, 2017). That said, it’s safe to assume that the extreme baring of skin would violate the spirit of tonight’s suggested dress code, and that actresses who participate will opt for elegance if not outright conservatism.

Yet the initiative carries a tinge of discomfort — and would even had Rose McGowan not slammed it before softening her stance. Many now-outraged Hollywood women are late in expressing their horror over alleged sexual harassment and assault; Roman Polanski has hidden in plain sight for decades, supported by legions of power players, female as well as male. And Woody Allen has found no dearth of leading ladies among the black gown-donning corps.

But we all have our epiphanies, and cultural mores change. Assuming that everyone’s heart is in the right place, one can still question the proposed wardrobe demonstration. From a fashion industry standpoint — apart from the major question of whether the import of red-carpet fashion will ultimately be diminished — it likely threw design rooms into a tailspin. In the big picture, studio staffs remaking dresses are way down the rung of consideration in the sexual harassment maelstrom. But in the reality of studios gearing up for their fall 2018 collections, unexpected work is a hardship. (Then again, fashion has whored itself out to Hollywood so eagerly, paying out fortunes while salivating to fulfill every stylist’s whim on spec, that one can argue the brands are complicit in whatever indignities come their way.)

Of broader resonance: the objectification conversation. There are a lot of confirmed pigs in the entertainment industry, and somehow fashion gets slammed as part of the problem? If, as some social media around the wear-black proposal suggests, actresses are demeaned by questions about their outfits, if they find such queries degrading and objectifying, here’s a wacky thought: They can buy their dresses rather than accept free custom gowns and, for some, outright payment and lucrative house ambassadorships. This would relieve the unspoken obligation to name-check brand or designer, so should the question be posed, “What are you wearing?” an actress would be free to say, “I prefer to talk about my movie.”

As for asking her more — it was a long time coming. Intelligent people shouldn’t be limited to expressing their thoughts on silhouette and chiffon. Many denizens of Hollywood are deeply committed to worthy causes, combatting sexual harassment in the workplace now among them. Add in the huge curiosity factor underscoring tonight’s Globes, and the sexual harassment issue will be front and center. But, though inevitable, 30-second carpet chats are insufficient for substantive exchanges on the topic. Then there’s the superficial yet essential elephant on the screen: Awards shows are entertainment programing. Over the years, their producers have capitalized deliberately on the fashion component of that entertainment, which viewers now expect. If we’re on the front end of a new, enlightened era that downplays fashion, doing so in this first awards show and through this first awards season will make for compelling viewing. But what of the future? Comedic opening monologue aside, much of the verbal part of an awards show involves people reading lists of names. If you lessen the visual splendor and with it, the glamour factor, something must take its place, lest awards season becomes C-Span, the Hollywood version.

Most important, if black rules the red carpet tonight, will it be on a free-choice basis or will anyone have felt pressured to dress as such to get with the program, so to speak? If all participants feel compelled on principle to lend their voices to a movement — brava! But it would be a real shame — and a secret one — if some women switched to black less out of heartfelt belief that it symbolizes noble sorority than because they’re young hopefuls with nascent careers doing what they were told by those in positions of perceived authority. That should be the antithesis of what Hollywood wants these days.

More on the 2018 Golden Globe Awards: