Reining in an out-of-control fashion system might help renew what is so special about the runway. 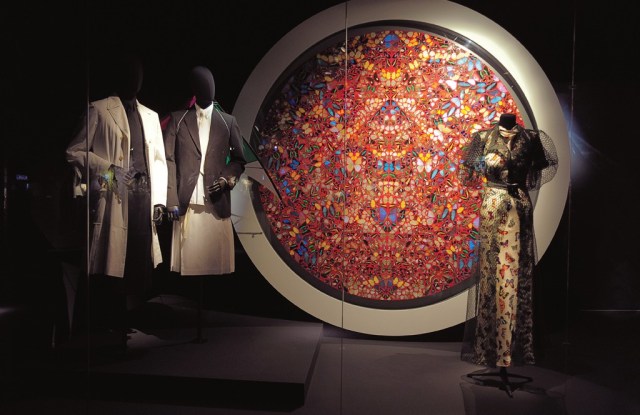 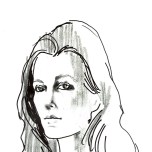 A butterfly flaps its wings unleashing a tsunami half a world away, or so goes the standard chaos-theory cliché. During collections season, the flapping is endless and intense with faraway reverberations—instant, global access to the fashion news!—while the real chaos occurs at the source of origin.

An analogy stretched to justify a photo from Dries Van Noten’s amazing museum retrospective? Perhaps, but not inaccurate. This season, collections cause-and-effect had much of the showgoing population calling for a reexamination of a system undeniably out of control.

Fashion people complain. Back in the days when hour-long waits were the norm, we complained. Faraway venues: We complained. Front-row takeover by celebrities: We complained. Explosion of street photography: We complained. Often the complaints were as stylized as the clothes, starting points for witty preshow repartee, as if we were writing our own Cole Porter: Well, did you ever? What a slow season this is.

Recently, however, conversational prowess has given way to exasperation bordering on malaise. Fashion fatigue  is the handle thrown about. Yet there’s an amusement to that phrase ill-suited to the swell of genuine dissatisfaction, as increasingly the traditional show audience seeks clarity on what, exactly, is the point of going to all these shows? Were one to ask 100 attendees to answer “Why are we here?” in 100 words or less, it’s a good bet there would be little consensus and few clear, succinct answers.

The fashion shows used to serve a distinct purpose: Designers presented their collections to a small insider audience of retailers and press as a starting point for the distillation of the upcoming consumer season. The overall process was concrete and tidy while allowing for wellsprings of excitement and emotion. Tales of tears triggered by the glories of Saint Laurent at his height are legendary. If fashion-induced waterworks seem over the top by our more clinical standards, most of us who love fashion have our own mentally archived moments of awe—a John Galliano reverie, Alexander McQueen’s tragic dance marathon, Helmut Lang’s urban warriors.

Over the years, the purpose of the shows has grown muddy. Certainly it’s not to peruse the bulk of what sells; that’s what the two eight-week pre-seasons are for. Nor does anyone pretend that the current primary purpose is b-to-b. First came the front-row celebrities whose presence attracted tabloids and TV; next, the Internet brought complete show lineups to an ever-growing and engaged consumer audience; then came bloggers, social media, likes, tweets, live-streams, pinning and on and on. Now, the primary point is for brands to engage directly and immediately with the global audience (customers and noncustomers alike) via all of the above.

Which is fine. There’s a proven voracious worldwide appetite for fashion, and the technology exists to share, share, share. As a result, everyone wants in. Once upon a time, the runway was the domain of fashion’s elite; now, it’s as egalitarian as the Common App college-application pool. The difference is, Harvard refuses most applicants. Fashion’s open-door show policy knows very little discernment, particularly in New York. True, the weather heightened this season’s folly, but even sans multiple snowstorms, the bloom is off the 30-plus shows a day, off the nightly 8 p.m. or 9 p.m. shows, and off the stomach-churning stress of going, for example, from Lincoln Center to the uptown Armory to Milk for consecutive shows. The bloom was never on Brooklyn.

The elephant on the runway is that, in aggregate, the hundreds of collections and thousands of looks paraded down the runway just aren’t memorable enough or powerful enough or directional enough to justify four weeks of 12-plus-hour days, weekends included. Harsh, maybe, but we all know it’s true. That’s not to say that most of what’s shown shouldn’t exist. Many of the clothes are if not fascinating, then fine, with legitimate and important reasons for being, from commercial and even creative standpoints. But a great deal of it doesn’t merit runway treatment. Period.

Even if that were not the case, even if 80 percent of what’s shown was great—which is not possible; by definition, greatness is rare—the structure in place no longer supports the numbers. Twenty years ago, fall 1994, WWD reviewed 132 shows. Ten years ago, fall 2004, the total was 198. Fall 2014: 449. (There were about 150 more on the schedule.) While at 28, 29 or 30 days (depending upon what you consider the first day in New York) this season felt endless, the time frame hasn’t expanded all that much. In 1994, the shows occurred over 22 days; in 2004, a whopping 30. One need not be Euclid to know that such arithmetic doesn’t work out. Before the Almighty sent Russell Crowe and Jennifer Connelly out to sea, he created the 24-hour day, intending about half for a world at rest. Even encroaching well into the night, the 28-day time frame cannot reasonably accommodate an average of 20 shows a day, which, inclusive of transportation, require a minimum of an hour each. (In New York, 20 shows make for a light day; on Wednesday, February 10, there were at least 36 shows scheduled.)

Like any other season, this fall had its dazzling moments, those that thrilled, awed, delighted, provoked, and that deserved their runway status. Karl Lagerfeld’s Chanel Shopping Center. Alber Elbaz’s glorious romance for Lanvin. Joseph Altuzarra’s ascendant chic. Miuccia Prada’s Constructivist outing. Marc Jacobs’ elegiac Happy Days. At Calvin Klein, Francisco Costa argued beautifully for an artisanal hand. Nicolas Ghesquière stirred anticipation at Louis Vuitton. McQueen’s Sarah Burton and Givenchy’s Riccardo Tisci worked the power of intimacy. Simone Rocha—the pictures were a dream; I wish I’d been there. Rei Kawakubo always makes us think. And there were many more, yet a small fraction of the whole.

Back to those butterflies: Dries was responsible for two of the season’s highlights, his on-the-runway treatise on optical exuberance and his amazing retrospective at the Musée des Arts Décoratifs. The latter combines his fashion with that of other designers and some incredible fine art, including the circular butterfly piece from Damien Hirst’s Rapture series. The curatorial objective: to express the designer’s approach to fashion and how his lifelong point of view derived from diverse inspirations.

Fashion should be—must be—inspiring. The runway was once a verdant source of that inspiration, but less so now, the impact of all but the most extraordinary shows dulled by stimuli overload.

The answer? There probably isn’t one; the system may be too cumbersome and the promise of show exposure too addictive to curtail. Which is too bad. The majority of what’s on the runway could be seen as easily—and by more people—in a tony trade-show setting, something akin to how LVMH presented its Fashion Prize nominees, but on a much larger scale. Participants could still take and distribute full-collection photos for global distribution; they could invite (a cynic might say hire) celebrities to stroll through their booths. That would leave the runway to those who most deserve to be seen there.