Come on get happy—that’s the message for spring as designers brought back fun and excitement to fashion. 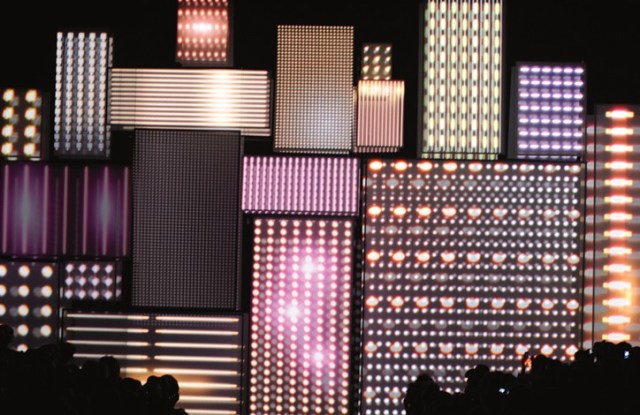 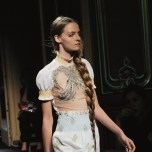 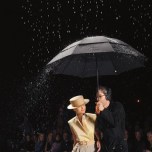 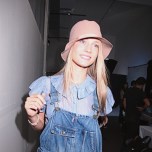 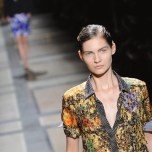 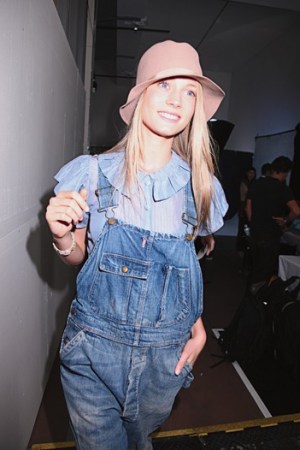 Get happy at Ralph Lauren. 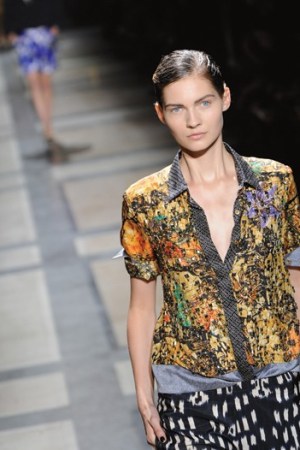 Mandatory fun. That’s what students at academic summer camps call the brief elective sessions of dodgeball, kickball and crafting wedged into their day’s primary pursuits, hours of study on topics such as etymology, cryptology, the constitutional process. You’ll have fun, darn it, if it kills you.

As the spring 2010 collection season opened, the concept of legislated fun seemed like a dictate imposed by the industry upon itself. There’s no escaping the still-brutal economy, but why wallow in it? The shock phase long over, fashion houses were eager to re-embrace some of the trappings, both outward and psychological, that make fashion what it is: an industry of desire. Though brilliant creatively, the mood of the fall shows slumped under the cloud of fear that impacted just about every move, every thought, every decision. Thus, presentations were reined in and parties canceled in an overall campaign—which happily did not extend to the clothes—that sought to find comfort in austerity. By the time the spring shows rolled around, it was as if everyone knew that restraint must be tempered by some obvious manifestations of enjoyment; fashion is not well served by participant depression. So, just like Judy Garland, players across the industry embraced the motto “forget your troubles, come on get happy.” Or, more to the point, fight your troubles with mandatory fun.

It wasn’t easy, as negative news, including the closing of four Condé Nast magazines, continued to break. But even if at times the optimism felt more feigned than genuine, by accentuating the positive, the industry as a whole willed onto the season an essential sense of hope. The most obvious manifestation: Fashion’s Night Out, the daring worldwide shopping fest that, positioned at the front end of the New York shows, jump-started the season and left retailers insisting that all of the Champagne-swilling, celeb-watching merriment and marketing spurred significant sales. There was also the return of the fashion party, most notably in New York, starting with Alexander Wang and Katie Grand’s blowout at a gas station next to Milk Studios at which Santigold and Courtney Love both sang, the latter needing Cliffs Notes to get her own lyrics straight. There was also the Marc Jacobs/V magazine affair at Hiro that featured a performance by Lady Gaga; the appropriately decadent opening of The Standard hotel’s Boom Boom Room, which Madonna graced with her presence, and Tommy Hilfiger’s big, flashy fete for the opening of his big, flashy Fifth Avenue store. Meanwhile, from New York to Paris, celebs—Prince, Charlotte Rampling, Freida Pinto, Leighton Meester, Rihanna and Katy Perry—were out in full force.

And there was the vibrancy of the shows themselves. Many were fabulous; even those that weren’t were seldom mundane. Early on, Donna Karan, who showed one of her best collections ever, summed up the communal mind-set when she noted “a heightened sense of emotion.” Her observation proved spot-on, as the runways pulsed with a range of feelings, at times no deeper than high profile and high fabulosity, and, at others, soul-searching and ponderous. How could one not feel just a bit giddy taking in John Galliano’s elaborate film noir–inspired romp for Dior, complete with a shadowy gunman and Karlie Kloss as Lauren Bacall? Isaac Mizrahi’s alternate cinematic homage, with its Singin’ in the Rain interlude? Jean Paul Gaultier’s tony tennis-everyone set for Hermès? Louis Vuitton’s vibrant cityscape populated by girls in giant clown Afros and piles of street-inspired delights? And trumping all in the can’t-look-away category, Jil Sander, where Raf Simons’ terrific clothes competed for attention with multiple screenings of the group sex scenes from Antonioni’s Zabriskie Point.

Speaking of tony, Miuccia Prada lavished both her Prada and Miu Miu collections with piles of crystals, the former shown against a projection of endless chandeliers, her seasonal locale, she said, someplace “between reality and fantasy.”

Yet in their upbeat zeal, designers didn’t opt for polish alone. On the other end of opulence, Ralph Lauren worked a Grapes of Wrath motif filled with plain housedresses and tattered (albeit perfectly) jeans, into a romanticized celebration of what he called American resilience. Balmain’s Christophe Decarnin rode wrecked denim to a very different place—an impressive, sexed-up, glitzed-up take on the season’s military obsession. Viktor Horsting and Rolf Snoeren took yet another approach to shredding. In their show, dubbed “credit crunch couture,” they hacked away at immense tulle ballgowns with a saw, ostensibly recycling the fabric scraps into more realistic clothes. Though far too cartoonish to work, their mind-set, too, was gutsy. Conversely, the beautiful, delicate decay on view at Yohji Yamamoto foreshadowed the designer’s impending receivership filing (from which his firm emerged relatively quickly).

Other key trends were froth, lingerie—undies inspiration was everywhere, including at Peter Copping’s delightful Nina Ricci debut—tribal, military, raw textures and white. Some designers, however, went their own way completely—for example, Dries Van Noten, who scoured the world to come back to a fresh interpretation of French chic. And some, into their archives, not quietly, but with bravado. In this category, Balenciaga’s Nicolas Ghesquière captivated with his futuristic she warriors, and Domenico Dolce and Stefano Gabbana revisited their beloved Sicily, working the masculine-feminine dichotomy with ample steam. “The magazines and the designers—we always focus on the image and what’s new. We can forget about the customers,” Stefano Gabbana said. “In the end, the women ask for really sexy.”

House traditions notwithstanding, Gabbana and Dolce are among those designers working the cutting edge of social networking—a force that played significantly into the carpe diem mood of the season. On the upside, they were among those who live streamed their shows, having tweeted endless updates in the run-up to the show. More controversial, they downgraded several major retailers to the second row to clear space up front for bloggers, even supplying computer tables.

Alexander McQueen shares their social networking fascination. Working with Nick Knight, he turned his live stream into a major statement on the future of fashion shows, which he thinks should have a direct-to-consumer element. “I want to be in control of the illusion,” he said, indicating disfavor with unauthorized snippets of prior shows on the Internet. “This is the birth of a new dawn.” And if for the moment, at least, that day is cloudy—due less to the fact that overwhelming traffic made the live show difficult to access than to the designer’s brooding evolutionary motif—McQueen was in a decided minority.

Most designers preferred a more overtly optimistic approach, as if willing the return of good, or at least better, times. “It’s not just about selling clothes,” Jacobs said. “It’s about giving people things to dream of and romanticize about.” He did so in a subversive commingling of military fare with confectionary froth. Then there was Karl Lagerfeld, whose elaborately staged country-girl romp for Chanel made for one of the most happily memorable shows of this or any season—even without its ménage à trois finale.

Still, perhaps Stella McCartney spelled it out most succinctly. Her backdrop, a fanciful paint-by-numbers of the Arc de Triomphe by American artist Trey Speegle, was emblazoned with the unambiguous mantra, “Yes!”