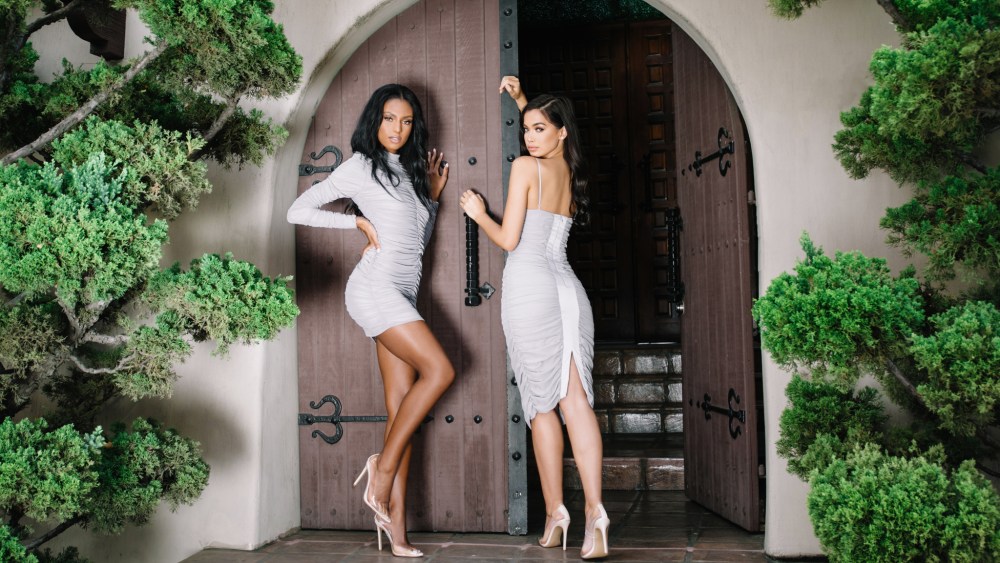 DUBAI — Young African Millennial consumers, have long been faced with a challenge. Fast fashion is anything but fast for them. Ordering from a Western retailer can mean waiting anywhere from three to four weeks to receive an order.

A 26-year-old British entrepreneur of Nigerian descent, Jessica Anuna, is looking to change that. This week she launches klasha.com, a global fashion e-commerce platform targeting the growing African Millennial consumer which she describes as “a woman in her 20s who shops online at least two to three times a week, is fun-loving, on Instagram and Twitter 24/7.”

Klasha offers an assortment of 300 stockkeeping units of private-label women’s ready-to-wear along with a selection of beauty products. Accessories and footwear will be added later this year. Most of the clothing is manufactured in the United States. Anuna said they plan to add other brands currently not shipping into Africa by Q4 of this year.

With warehouses in Nigeria and the U.K., Anuna promises to deliver within one to five days in her target markets: Nigeria, Ghana, Senegal and the Ivory Coast. The U.K. distribution center will target the rest of the world.

Already a seasoned entrepreneur having launched an online business in China at 22, the idea for Klasha came to Anuna when she traveled to Nigeria last year to investigate how she could expand her existing Chinese business in the region. “I realized there was no fully developed fast fashion operating in the West African region as a whole and Millennial women were having to go abroad to the U.S. or U.K. to do their shopping. Africa being one of the fastest growing economies in the world, I could not understand why there was no online fast-fashion retailer.”

Fast-forward a year later, and Anuna is launching her latest e-commerce venture. “Young people in Africa should have the same access to global e-commerce infrastructure. I started Klasha to give them access to high-quality fast fashion at affordable prices with fast delivery and excellent customer service.

Klasha was started with a $120,000 investment from Techstars, an accelerator program, and Dubai-based Ginco Investments. Anuna has received mentorship via Alibaba and the United Nations Conference on Trade and Development’s (UNCTAD) eFounders initiative. Headquartered in Dubai, with offices in Lagos and a studio in Los Angeles, Klasha currently has five full-time employees.

Operating in the region is not without its challenges, says Anuna. “Things such as rural logistics, offering payment in local currencies. A lot of online retailers overseas don’t have payment gateways to support payment in local currencies.” Internet infrastructure and even more basic infrastructure like lights, electricity, roads are not always the best or easiest.”

From launch, Anuna says they will be shipping to both urban and rural areas. “We think it’s important to have access whether in a small town or major city.”

Anuna has relied heavily on her experience living and working in China as she has developed her business in Africa. “Africa now is where China was 20 years ago in the e-commerce industry. We are only six years into e-commerce in Africa, so it’s still a nascent industry.”

“Although there are barriers, Nigerians and [other] Africans are spending a lot online. Nigerians spend $10 billion annually. Importing about $4 billion worth of fashion. They are finding a way to get access to the industry.”

Anuna expects Nigeria to be her biggest market. “The reason we are starting in Nigeria is due to the sheer population and size. Nigeria is 185 million people, 50 percent under 30. It’s one of the fastest growing countries economy wise in Africa.”

Anuna says “a lot of Western companies have ignored Africa for a really long time.” But she says that will quickly change as they begin to grasp the opportunity Africa offers. “Western companies were ignoring the prospects of the continent of Africa, especially with fashion retailers. Some not shipping there at all, others taking 21 to 30 days. But I think as statistics are coming out that by 2025, half of the world’s working population will live in Africa and the region is adopting technology faster than any other continent, people are starting to look at Africa as an opportunity.”