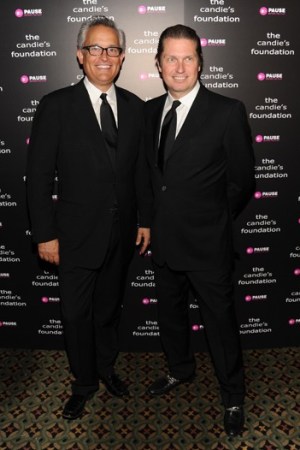 Bristol Palin and Crosby, Stills & Nash may seem like strange bedfellows, but they were among the headliners last week at the Candie’s Foundation’s “The Event to Prevent.”

The benefit attracted some 600 industry executives, friends and Iconix employees to Cipriani 42nd Street to increase awareness of the consequences of teen pregnancy — and raised $1.2 million for the cause.

Neil Cole, founder of The Candie’s Foundation, told WWD that although teen pregnancy is not a popular cause among companies, he got involved nine years ago because he wanted people to know that even though he made sexy Candie’s shoes, his intention wasn’t to get teens pregnant. Back then, one million teenagers in the U.S. were getting pregnant each year. Today, that number has declined to 750,000, but it’s still too many. “It’s the largest of any industrialized nation,” said Cole, noting it costs taxpayers $10 billion a year. Less than half of teen mothers finish high school, and less than 2 percent complete college.

Whoopi Goldberg, the host of the evening, spoke about how her own daughter got pregnant at the age of 14. “She had a baby, and it came as a bit of a shock. She wanted to have it and said, ‘I wanted someone who didn’t know you to love me.’ ” Today, Goldberg’s granddaughter is 20 years old and has decided she’s never getting pregnant, because she watched her mother raise her.

Palin, the unmarried 19-year-old daughter of Sarah Palin, had a baby 17 months ago and became an ambassador to The Candie’s Foundation last year to share her message about the hardship of teen pregnancy. She introduced several of Candie’s new initiatives, such as a new TV public service announcement called “Back Talk Baby,” which humorously shows a talking baby asking his teen mom why she thinks she can go out with her friends and leave him at home. Candie’s also introduced a “Crying Baby” iPhone app, which features a crying baby that cannot be turned off.

The evening also honored MTV Networks for its efforts to educate teens about teen pregnancy through such programs as “16 and Pregnant” and “Teen Mom.”