With Diversity, Inclusion Top-of-Mind, BFC Takes on New Board Members

The British Fashion Council is putting diversity at the top of the agenda, and has named four new board members to help guide the organization on strategy, and to broaden its outlook.

June Sarpong, one of four new board members at the British Fashion Council

Photo Courtesy of the BFC

LONDON — The British Fashion Council is thinking bigger, looking to become a more diverse, and inclusive, organization and to change the way it thinks about supporting designers, and students.

On Monday, the BFC named four new board directors in a bid to tap into different backgrounds, professional expertise and points of view in order to shape its strategies and policy going forward.

They will join the BFC executive board as non-executive directors. “Each one of them brings unique experience and knowledge to the board,” said BFC chair Stephanie Phair, adding that the organization would continue to support and promote British talent “while tackling the key issues such as sustainability, diversity and inclusion in the fashion industry.” 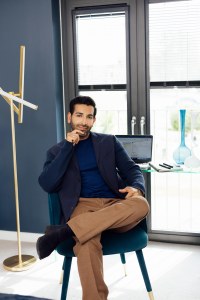 While the BFC had already been working toward those goals, BFC ceo Caroline Rush said in an interview that the coronavirus crisis and the Black Lives Matter movement earlier this year accelerated the organization’s decisions.

The past six months have been transformative for the BFC — on a variety of levels.

“What became apparent is the need for some sort of higher accountability within our industry,” she said, adding that the BFC itself is taking a closer look at how it hires, whom it hires and is looking to connect with new communities.

Over the summer, the organization talked to stakeholders, soul-searched and took stock of some “practices in the past that we would absolutely not want to see going forward in the future. One of the things we were rightly challenged on was the makeup of our board. Our board had always been made up of women. We’d also spoken about the ethnic diversity of our board, but we hadn’t been quick enough to respond.” 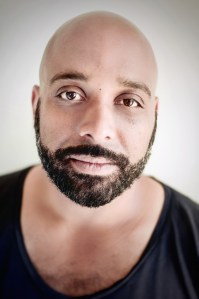 Scott Morrison, one of four new board members at the British Fashion Council.

Rush said the organization is also looking at its internal hiring criteria, “making sure that when we are recruiting more senior roles, we look at diversity within that, too.”

More broadly, she said the BFC wants to address issues such as a lack of Black educators in fashion, to gather feedback from a variety of communities, and “very much create the framework to help encourage people from all backgrounds,” to pursue careers in the industry.

Even the way the BFC hands out scholarships is changing.

“Historically, the council nominated who they wanted to provide the scholarship with, but this time we have opened the process out, making sure there is a more conscious choice coming from among the [fashion] course leaders. We’ve had more than 400 applications for scholarships coming through. It’s important for us to understand where these applications are coming from, and which courses these students are taking. These are definitely individuals whom we would not have seen previously,” she said.

Edward Enninful, the editor of British Vogue and Amir Kabel, global director, Diversity and Inclusion at Burberry, and myriad other industry figures are helping behind the scenes to build up a richer organization that’s more reflective of the overall population of Britain, where more than 300 languages are spoken.

The new board members are raring to go, with Gill saying he intends to use his “diverse career background of architecture, accountancy and venture capital to support emerging British brands with the tools they need to scale internationally.”

Sarpong added that she would be working “behind the scenes, to help champion diversity and inclusion being at the heart of the BFC’s decision making processes.” Morrison, meanwhile, is ready to “unblock, unlock and unleash the future we want to see for one of the U.K.’s most creative industries.”

The BFC is also setting out goals around the environment, sustainability, workplace ethics and building businesses for the future.

Rush believes there is an opportunity “to reframe success for businesses. They should be ethically and environmentally and financially sustainable, but they don’t have to be enormous. There are opportunities for creating new business models, and maybe looking for opportunities for collaborations.” 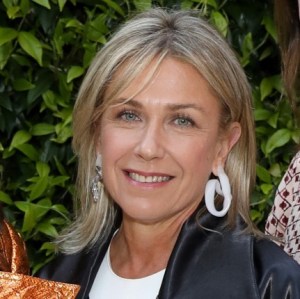 Sian Westerman, one of four new board members at the British Fashion Council.  Image Courtesy of the BFC

In the meantime, the BFC is continuing to support designers whose businesses have been wracked by the pandemic.

The fourth new board member, Sian Westerman, who has long worked with the BFC on fund-raising, mentoring and strategizing, noted that the fashion industry contributed 35 billion pounds to U.K. gross domestic product in 2019, and that momentum needs to continue despite myriad challenges.

“As the industry faces the challenges of COVID-19, Brexit and the need to adapt and evolve to be more inclusive and sustainable, the renowned U.K.-based creative talent needs more support than ever to deliver sustainable, commercially strong businesses with the resources and business skills to compete in the global market.