Narmina Marandi and Tania Fares are coming on board to help the charity reach its goal of raising 2 million pounds per year and help British brands survive the crisis.

LONDON — The British Fashion Council is ramping up its fundraising efforts to help U.K. designers, who have been hit by the pandemic as much as by the aftermath of Brexit.

To help its mission, the organization is bringing Tania Fares and Narmina Marandi on board as co-chairs of its charity, BFC Foundation, to help meet its goal of raising 2 million pounds a year to support British brands.

To date, the foundation, formed in 2019, has raised 3.2 million pounds through the Fashion Awards, among other initiatives.

Fares has been working with the BFC on fundraising and supporting young designers for more than a decade as part of its Fashion Trust initiative. She also cofounded Fashion Trust Arabia in 2018 to spotlight talent from the MENA region.

Marandi works alongside her husband, Javad, who holds stakes in London labels Anya Hindmarch and Emilia Wickstead, and has advisory roles for both labels.

“It was a very hard year for everyone in the industry. As someone who is also behind-the-scenes with brands like Anya Hindmarch and Emilia Wickstead, I could see how they struggled and how some of them wouldn’t have survived if it wasn’t for our support. So I could only imagine what other designers, who didn’t have any support, were going through,” said Marandi, who felt that now more than ever was the time to give back to the industry and help safeguard British talent.

The women started by tapping into their networks and have already onboarded 31 founder patrons who pledged their support. They include Matchesfashion cofounder Ruth Chapman; José and Daniela Neves; Sabrina Elba; Belma Gaudio, who founded the concept store Koi Bird; Daphne Guinness; Cara Delevingne Foundation; Moda Operandi chief brand officer Lauren Santo Domingo; Nasiba Adilova who is behind the children’s retailer The Tot; Dubai-based retail and entrepreneur Ingie Chalhoub, and Chanel’s global head of arts and culture Yana Peel, among others.

Fares and Marandi will also look to bring on corporate partners further down the line. 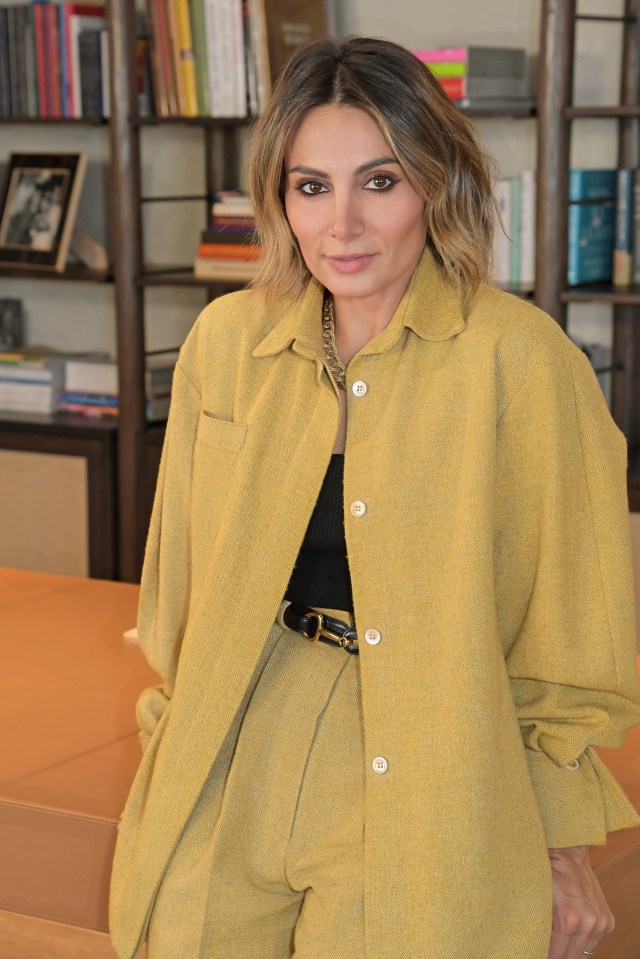 The patrons will all be supporting the charity financially — Fares and Marandi said interest was so strong they had to raise their initial fundraising goals — but are keen to support the brands on a business and networking level, too.

“It’s like supporting the Tate Modern: Art is a very important part of our lives but so is fashion, it’s a form of art and everyone believes in supporting young talent,” said Fares. “But it also happened that most patrons don’t want to contribute financially, they all have something more to give.”

Marandi highlighted the involvement of Santo Domingo, who is based in the U.S.; Chalhoub, who is Dubai-based, and Aizel Trudel, who runs one of Russia’s most prominent retail platforms, as people who could help designers enter their respective markets.

“There are others who are particularly interested in education or sustainability, so after the launch we will look at creating specific programs or grants to focus on some of those areas,” she added.

An advisory committee has also been put in place to kick-start the program and bring the patrons together. It includes Edward Enninful, Jefferson Hack, Dylan Jones, Elizabeth Saltzman, as well as founder patrons Santo Domingo, Peel, Trudel and Chalhoub.

The BFC’s CEO, Caroline Rush, said mentorship will be another focus of the program and touch on a number of pressing issues, from educating brands on carbon offsetting to navigating the tariff issues caused by Brexit.

“We want to ensure we create pathways to support British fashion talent, increase the diversity of the talent pool and build sustainable and conscious fashion businesses that are fit for the future. The past one-and-a-half years drastically changed the fashion landscape and now, more than ever, designer businesses need support to understand in detail how they can have a positive impact on the planet, from their value chain through to reducing their carbon emissions to achieve the net zero goals of 2030. We also provide a lot of mentoring around key issues such as the disruptions caused by Brexit and how to navigate those but also how to support our businesses be even more diverse and inclusive to reflect the society we live in,” said Rush.