It was Leonard who gave Twiggy her first cut. 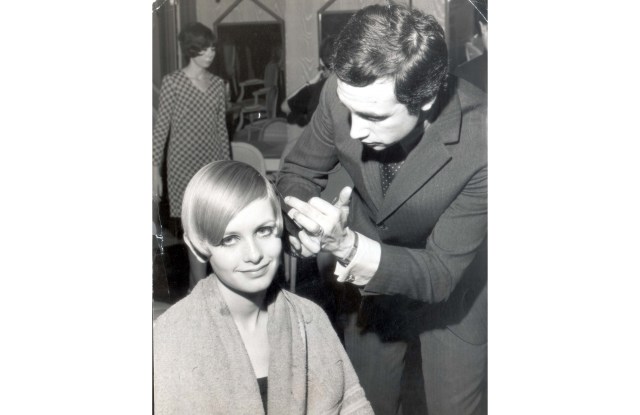 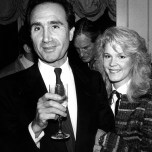 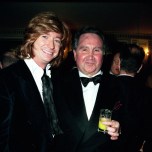 LONDON – Leonard Lewis, known in the Swinging Sixties — and later decades — as Leonard of Mayfair, the man who trained some of Britain’s top hair stylists, has died aged 78, in London.

Lewis was known for his eccentric — and edgy — take on hairstyling during the era, having made his mark creating a cropped style for the then fresh-faced teen model Lesley Hornby, later to be known as Twiggy.

His salon, The House of Leonard, was located on Upper Grosvenor Street in London and was a hot spot during the era. It drew a celebrity clientele that included Audrey Hepburn, John F. Kennedy, Jackie Kennedy, the Rolling Stones, Zandra Rhodes, Barbra Streisand and Mick and Bianca Jagger.

“He sadly deteriorated towards the end,” said Rhodes, whose colorful tresses were created by Lewis. “Probably after Vidal [Sassoon] he was the leading person with experimentation. I walked into his salon in the Seventies and asked for him to dye my hair. We put feathers on the end. We did all sorts of experiments with colors in the Seventies and the Eighties.

“Together with Daniel Galvin, we experimented with putting in color streaks, and all these ideas for the way that hair can be taken. It was quite wonderful and the first of its kind.”

Rhodes described Lewis as “very charming and very social. We had lots of wonderful times together, I used to see him almost every few days in the Seventies. He absolutely lived for his job.”

It was Justin de Villeneuve who introduced Lewis to Twiggy.

“He was simply the best,” de Villeneuve said.

Lewis started his career apprenticing at Rose Evansky and Vidal Sassoon. He began working at the Vidal Sassoon’s Bond Street salon, where he befriended Sassoon and eventually launched his own salon.

He styled celebrities including Laurence Olivier and Jack Nicholson, and worked on a number of shoots with photographers including Terry Donovan and David Bailey.

Lewis launched his own hair-care product range, and also delved into films and created looks for Stanley Kubrick. He worked on movies including “2001: A Space Odyssey,” “A Clockwork Orange” and “Barry Lyndon.”

He was formerly married to Ricci Wade, and they had a son name Dominic. He later wed Petra Arzberger. After Lewis was diagnosed with a brain tumor in 1988, he retired from business.

Funeral services will be held at Putney Crematorium at 1:00 p.m. on Monday, Dec. 12.