By Sarah Haight and Cate T. Corcoran on May 7, 2010
View Slideshow 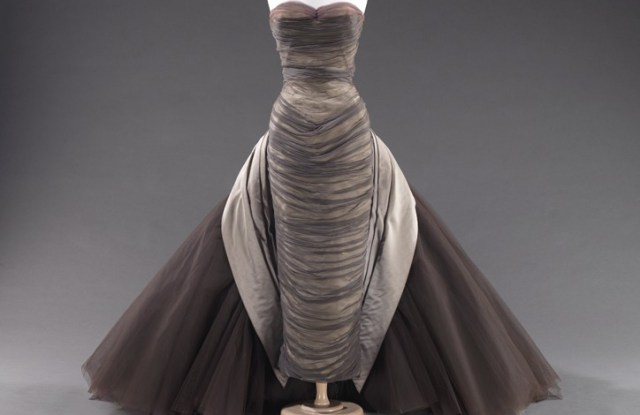 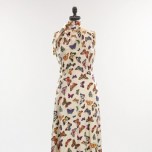 Not to be outdone by its partner across the river, today the Brooklyn Museum launches its own show, “American High Style: Fashioning a National Collection,” a retrospective of about 85 pieces from the recently created Brooklyn Museum Costume Collection at the Metropolitan Museum of Art. It is not to be confused with the Met’s “American Woman: Fashioning a National Identity,” which opened on Tuesday and includes more than a hundred pieces from the Brooklyn Museum and Metropolitan Museum’s combined collection.

The “American High Style” exhibit is just a slice of the holdings of the overall collection, which was established in January 2009 as a result of the transfer of about 23,500 objects — including a large stash of American fashion from the late 19th century to the mid-20th century — to the Costume Institute at the Met, where it was renamed to include its previous sole owner, the Brooklyn Museum.

Running until Aug. 1, the “American High Style” show exhibits wares from the mid-19th century through the late 20th century, with a focus on dresses — from a whimsical cotton Elsa Schiaparelli butterfly-print number to a grand silk and linen Paul Poiret gown — and a smattering of accessories (pumps, elegant headdresses, jaunty caps).

“The Brooklyn Museum and the Metropolitan Museum decided to do parallel exhibitions of the [collection] in order to mark the initiation of what we believe is an important and innovative collaboration in collection sharing,” Kevin Stayton, the Brooklyn Museum’s chief curator, explained of the decision to run the fashion exhibits around the same time. “[It] seemed like a good way to celebrate the relationship, and to explore its potential.”

While the Brooklyn Museum’s exhibit is smaller than its counterpart’s, the pieces are no less glamorous: There are a series of Charles James dresses from the late Forties, done in silk and wool, each with whippet-thin waists; Vionnets; Norells, and — in an ode to the Seventies — a Halston is displayed, too. The exhibit also highlights the dresses of very chic donors, some of whom were the designers’ foremost benefactors, from Mrs. Douglas Fairbanks Jr. (a 1955 silk James) to Jane “Baby Jane” Holzer (a sexy black Chanel, circa 1965). One of the exhibit’s most compelling sections is devoted to female designers from the earlier part of the 20th century, including Claire McCardell, Carolyn Schnurer and a milliner named Sally Victor, who did charming wool, cotton and straw hats.

There is a virtual element, too. The museum has partnered with Polyvore, the social networking site where members create and share collages of fashion pictures. Museumgoers will be able to play curator with images from the collection using Polyvore software on a kiosk. Visitors to the museum’s Web site or Polyvore will be able to mix and match the museum inventory with any image on Polyvore. “We wanted to integrate an engaging social experience into the ‘American High Style’ exhibition,” said Shelley Bernstein, the museum’s chief of technology.

And for those eager to see more of the diverse holdings, which include both European majors such as Balenciaga and Yves Saint Laurent as well as American tastemakers including Scaasi and Beene, 4,000 of what Stayton calls “the most important of these” are available for viewing online at the ARTstor digital library.