As he confidently revives the Burberry check for fall, Christopher Bailey reflects on the art of disheveled elegance. 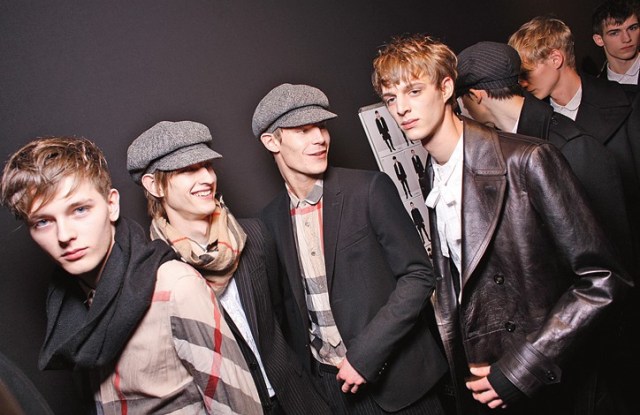 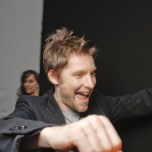 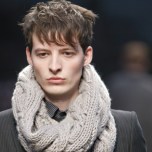 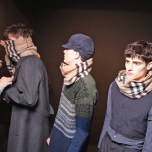 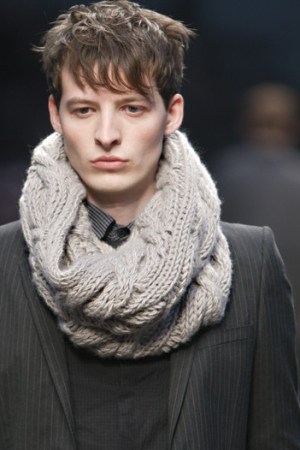 Perhaps red, black and camel check shouldn’t come as any surprise in relation to Burberry, but it did when it appeared this season on the Prorsum runway for the first time in Christopher Bailey’s eight-year tenure. The surprise testifies to the creative director’s success in establishing a more chic and diverse visual language at Burberry that renders its iconic checked scarves and trenchcoats  more desirable than before.

“I sometimes describe Burberry as a beautiful diamond that was trodden into the ground a bit,” says Bailey. “It was dirty and foggy. My role wasn’t to find a new diamond but to clean the facets of this diamond until it sparkled again.”

Indeed, the check that was so overexposed, counterfeited and devalued when Bailey arrived is primed for a comeback. This time, it doesn’t symbolize just a storied British brand, but also Bailey’s distinctive imprint on fashion. Over his eight years, but especially with the latest two collections, Bailey has set forth an influential aesthetic he calls disheveled elegance.

“That perfectly describes the mood I wanted,” he said after the spring show in June. “Disheveled elegance for me is the philosophy of Burberry. I wanted all-natural fabrics and a lot of texture; this rumpled, crumpled look.” The spring collection was all breezy layers, elongated proportions and  mellow, woodsy colors. A lot of looks were topped with lightweight trenchcoats removed of any belts or military details.

“I wanted the clothes to feel like they had a life— not precious or untouchable. I wanted them to feel friendly and approachable, like something you’d owned before and felt comfortable in. I wanted color, but no color— very natural. And I wanted that feeling that you could throw it in your bag and you didn’t have to place it carefully.”

The collection was so well-received that Bailey wrestled with how much to transform it for fall.

“You don’t stomp on a seed; you let it grow,” he reasons. He decided to maintain the sense of romance and nostalgia, as well as the focus on outerwear, which suits a brand founded on coats, especially in the fall-winter season.

“The philosophy of the company and everything I’ve tried to build upon is based on the Burberry trenchcoat,” he says. “It is completely democratic, and was founded that way. Aristocracy wore that trenchcoat. Military men and farmers wore that trenchcoat. City dwellers and financial people wore it. Men, women, young, old. And it’s the same today. I think that inclusiveness makes Burberry unique within the marketplace. I think fashion, clothes, brands— whatever you call this thing— should be inclusive. I can’t bear that awful thing of, ‘You’re not good enough or cool enough, or you don’t live the right life.’”

Throughout the industry, Bailey is extremely well-liked for his generous manners, cheerfulness and humility in light of his accomplishments and his age. (He was 30 when Burberry named him creative director. Before that, he spent five years as senior designer of women’s wear at Gucci under Tom Ford.)

“I don’t take anything for granted,” he says, crediting his rural upbringing and his parents’ values for his outlook.

He enjoys representing the brand, whether at glittery events or in interviews.

“I feel very comfortable in a professional situation, but it’s not really my natural state,” he says. “My personality is reserved. But I’m not shy; I come out of my shell. It’s part of my responsibility. And I understand the interest in me, because I want to know the people behind brands like Apple and what makes them tick, too.”

Some famous personas swirl in the soup of Bailey’s inspirations, including young British actors and musicians. But he finds the notion of muses terribly limiting as well as inappropriate for Burberry, with its tiered brand structure descending from Prorsum and its various consumers in different channels. Through its subbrands, Burberry has to address a globe-trotting fashionista as well as a mom in the suburbs, a lawyer in the city or a gentleman in the country. In 153 years, the brand has been many different things to different people. But somehow, Bailey keeps it all in focus.

For fall, he saw “a moment to go back to who we are, and to the real icons of the company, with the integrity of the company. It feels like the right moment.” Thus the road home began with the familiar check. Bailey pumped up the scale for neck warmers, shirts and hefty peacoats, shown with tapered, pin-striped trousers. Patchwork Fair Isle sweaters, rumpled tuxedo shirts and boiled-velvet  suits all looked both posh and lived-in, adapting the concept of disheveled elegance for the colder months.

Naturally, coats are a personal obsession for Bailey.

“I love coats because I can be wearing jeans and T-shirt, but a coat makes me feel dressed. I wear a lot of chesterfields, always something with a shoulder, quite formal,” he says. But he likes a more rugged coat if he wears a formal suit. Dichotomy is essential. After all, disheveled elegance is a delicate balancing act, and all the more elusive because it’s hard even to define.

Bailey elaborates: “We all have different parts of our characters. Sometimes we’re confident, sometimes we’re shy. Sometimes we want to feel sexy, sometimes we just want to be cozy. It’s understanding that we’re all of those, and style can adapt to those different moods. Disheveled elegance is having a respect for, and a longing to wear, something that’s beautifully crafted, well designed, functional, well fitted, carefully constructed, but doesn’t feel too precious. You feel comfortable in it.”

If someone bought his entire collection, he says they would still get it wrong if they copied looks rather than breaking them up and personalizing them. The aim is “to look in the mirror and see yourself, not a mannequin.”