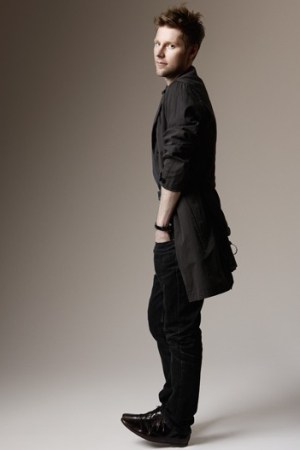 Burberry may be leading the fashion charge in social media, with one million–plus Facebook fans, 3-D live-streaming of the autumn Prorsum collection and a slick Web site where brand lovers can talk trenchcoats 24/7, but it’s when Christopher Bailey heads home to Yorkshire, England, that he realizes Burberry’s future customers are a step ahead: “My 13-year-old nephew, Matthew, is gaming live with people around the world, people he knows by name and refers to as ‘my mates’—it’s normal for him,” he says.

This story first appeared in the April 12, 2010 issue of WWD. Subscribe Today.

“That generation is global—it’s a generation that lives online,” continues the 38-year-old Bailey, chief creative officer at Burberry and a driving force—along with chief executive officer Angela Ahrendts—behind Burberry’s digital crusade. “I didn’t grow up like that, but I am interested in that world, and excited by it.” The designer is a self-confessed gadget fanatic whose stash of iPhone apps includes a British Airways automatic check-in, cooking tips from Jamie Oliver, Sky News alerts and a direct line to Christie’s, where he can bid for his favorite 17th-century furniture, which is “rustic—not posh,” he laughs.

It’s a drizzly spring morning, and Bailey is sitting at the glass conference table in his corner office at Burberry’s London headquarters overlooking the Thames. Over a tall glass of Berocca —the orange fizzy vitamin drink—he’s energetically discussing the Web; his latest runway show, which was inspired by the aviator jacket and filled with soft-edged military looks, and the sometimes-scary sensation of designing for a company listed in the FTSE 100, the index of most highly valued firms on London’s stock exchange. Bailey says live-streaming the collections is changing his approach to work—not just from a technical point of view, but from a creative one.

“Our shows were never crazy flamboyant—that’s not who we are—but I do have to be conscious of how a nonfashion person will be perceiving the company,” he says. “You can’t let it affect your vision or point of view, but it’s good to be conscious of it. The shows are no longer just for a very savvy, sophisticated audience. It blows my mind to think that kids in the middle of a far-flung village in India are watching it—which means we have to be incredibly consistent, specific and focused.”

The frantic online networking that goes on before and after the live-streaming also is having an impact, says the designer. Much has been made in the media of the potential perils of social networking sites for hyper-controlled, image-conscious luxury brands. Burberry is having none of it: “People think we are editing the live comments on our Facebook page, but we’re not, and about 99 percent of the response [to the show] was positive. Viewers don’t have a cynical reaction, and they’re not jaded. They want to be there. It brings us back to the reality of what we are doing—we want people to enjoy wearing the clothes,” says Bailey, adding that the trade remains his core audience. “But we would be naïve and blind to talk only to them.”

The moment the fall show ended, Burberry offered viewers the option to click and buy all the bags and about 90 percent of the outerwear. “People don’t care what season it is, and they don’t want to wait four months to buy it. They want it now,” says Bailey, declining to specify how much Burberry took in sales, postshow.

The Prorsum presentation was a blissful blend of hard and soft: Shearling aviator jackets came in classic chocolate leather—and some were even worn inside out to reveal an expanse of creamy fur. Even the classic Burberry trench took flight with aviator details worked onto the top half.

Bailey recalls discovering a stash of aviator jackets in the Burberry archive, “and a lightbulb went off in my head. I thought, It’s just like the trench—it’s great for guys and for girls, it’s protective and it’s got a lot of attitude,” he says, adding the fall collection was an exploration of “the structure and ceremony of uniforms,” which can be decorative but also austere. To wit, there were sharply tailored frock coats, peacoats, peplum riding jackets—and gold buttons and zippers galore. Bailey tempered his masculine silhouettes with soft edges in the form of sheepskin patchwork coats, dresses in stonewashed satin or velvet and sensual knits that looked as if they were fashioned from fluttery bandages.

Marigay McKee, fashion and beauty director at Harrods, which carries the Burberry men’s and women’s collections, said the store is expanding its Prorsum space for fall. “Christopher has an eye for detail that’s second to none, and the Burberry trench is still a dream investment for our customers, a classic that doesn’t date. He’s keeping the collection and the brand relevant,” she says.

And while Bailey’s collections may receive their fair share of accolades, the designer knows he’s sitting in one of the hottest seats in fashion right now. In September, Burberry was drafted into the FTSE 100 and, with a market capitalization of 3.22 billion pounds, or $4.82 billion at current exchange, and revenue upward of 1.2 billion pounds, or $1.8 billion, it remains the only fashion and luxury goods brand in Britain’s ultraexclusive club. “Sometimes Angela and I look at each other and say we never imagined all of this would happen,” he says. “It can spook you, but you just try to remain focused on your work.”

But he concedes he’s more proud than spooked. “I love this company. It’s a little jewel. It’s been around for 154 years, and at the moment, I’m holding the key—and I’m privileged to be doing so.”