The top categories for luxury purchases in 2003. 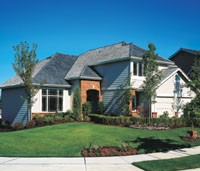 When the going gets tough, the tough go shopping, or so the saying goes. For most people that means a little pick-me-up like a new lipstick or trendy disposable top. But, the rich are different. When the wealthy go shopping, what do they buy? First, let’s define wealthy. For the purposes of this list, based on research compiled by Unity Marketing, consumers with incomes of $100,000 and above qualify. There was a comparable sample of upper-middle-income consumers with incomes from $50,000 to $99,900. The good news is that luxury consumers spent more last year than in 2002. They bought jewelry and watches and spent money on dining out. They also seemed more interested in buying grown-up toys such as state-of-the-art electronics and high-end kitchen appliances than feathering their nests or filling their closets.

1) TOTAL LUXURY SPENDING PER PERSON
2003: $70,510; 2002: $66,600
The increase in luxury spending means that consumers felt more positive about their financial status last year compared with 2002, according to Unity Marketing’s Luxury Report, 2004: Who Buys Luxury, What They Buy, Why They Buy.

3) LANDSCAPING
2003: $3,750; 2002: $1,500
One reason for the decline in purchase incidence from 22% to 9% for landscaping may be the timing of the survey. The 2002 survey was conducted in August, a prime season for garden expenditures, while the 2003 survey took place during the week after Thanksgiving in December, noted Unity Marketing.

4) HOME DECORATING SERVICES
2003: $3,750; 2002: $5,000
Home decorating services saw a significant decline in 2003. This could be due to the cyclical nature of remodeling and decorating and/or the growing DIY movement.

5) ARTS AND ANTIQUES
2003: $3,750; 2002: $4,000
Going along with less interest in home decorating was the decline in purchases of arts and antiques. Consumers said their first choice for buying art and antiques is luxury specialty retailers, with the Internet a close second.

6) FURNITURE AND FLOOR COVERINGS
2003: $3,750; 2002: $2,500
While spending increased, purchase incidence for several home decor categories, including furniture and floor coverings, dropped in 2003. Unity Marketing views the declines as evidence that the cocooning trend may be waning.

8) KITCHEN APPLIANCES
2003: $1,750; 2002: $2,000
Consumers view upgrading kitchen appliances as an investment rather than an expenditure, so they’re more willing to pay a little more for top-of-the-line ovens, refrigerators and ranges. The survey found that 33 percent of those interviewed found home luxuries to be one of the most satisfying purchases.

9) FABRICS, WALL COVERINGS AND WINDOW TREATMENTS
2003: $1,750; 2002: $1,000
While consumers increased their spending on fabrics, wall coverings and window treatments, purchase incidence dropped to 19 percent in 2003 from close to 30 percent in 2002. It was one of the few categories where consumers insisted on buying at luxury specialty retailers or department stores.

11) APPAREL AND ACCESSORIES
2003: $1,750; 2002: $1,800
Based on focus group comments, Unity Marketing believes apparel and accessories may be viewed as more of a necessity than a luxury. As one consumer said, “Fashion is a requirement for those who are high in their success and are upper class.”

13) HOUSECLEANING
2003: $1,750; 2002: $1,600
Inflation? Busier lives? Those may be two reasons for the rise in housecleaning services. As consumers became more aware of how a dearth of free time affects their quality of life, they tried to free themselves of unpleasant chores.

15) SPA AND BEAUTY
2003: $750; 2002: $550
With age and maturity, consumers are spending more on spa services such as massage, and beauty treatments like facials. Baby Boomers are shifting away from wanting “things” to wanting feel-good experiences.

17) GARDENS AND GARDEN ACCESSORIES
2003: $750; 2002: $800
The biggest decline was for luxury garden products such as lawn furniture, patio accessories, plants and grills, which dropped from the second-most purchased category in 2002 to a purchase incidence of 22 percent in 2003. (See number three.)

18) TABLETOP
2003: $750; 2002: $500
Department stores and discounters were the two most popular places to buy tabletop in 2003. The increase is due partly to discounts and attractive pricing last year, when purchase incidence rose to 19 percent from about 8 percent in 2002.

19) FRAGRANCE AND BEAUTY
2003: $380; 2002: $300
Only the beauty and fragrance categories were immune to rampant discounting in 2003, according to Unity Marketing, which reported that about 60 percent of purchases were made at list price. The two most popular places to buy fragrance and beauty were department stores and luxury specialty stores.

20) LINENS AND BEDDING
2003: $380; 2002: $400
One of the most heavily marked down categories in 2003 was linens and bedding. More than 70 percent of recent sales were made at discount prices. Consumers obviously aren’t picky in this area. Only 18 percent considered brand names important.