The Paris trade show saw a 10 percent uptick in visitor numbers for its early September edition. 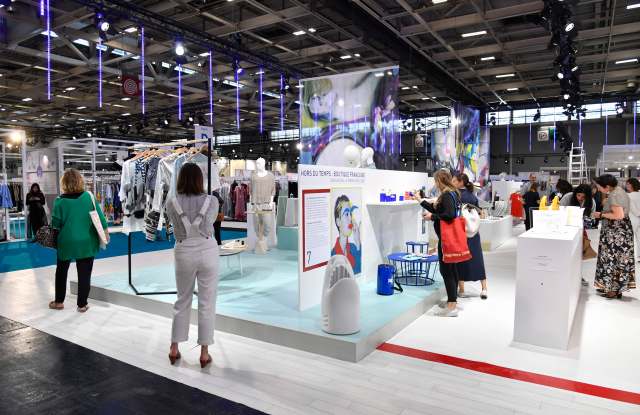 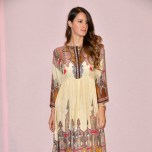 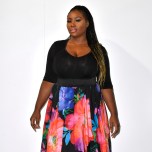 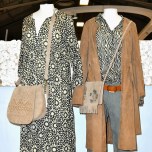 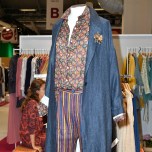 PARIS — The mood was upbeat at the recent Who’s Next fashion trade show here, suggesting that efforts to turn around the event, held this month under the tag line “positive community,” are beginning to bear fruit in what finally appears to be a more confident economic context for France.

Exhibitors reported brisker traffic than recent editions, and the show’s ramped-up conference and workshop program, which had a strong focus on aiding brands and retailers in digital and omnichannel initiatives, proved a popular initiative.

In her keynote address, journalist and influencer Sophie Fontanel urged attendees to up their game both in digital and the physical world by working to understand better what consumers want and by forging more sincere relationships in order to buck the downturn. “The way to touch people is with soul,” she said. “It’s not just because you launch a product and send it to an influencer. You need to understand what a given person likes, it’s important how you reach people. The major brands don’t always get it right either. You can build your own network of influence.”

She also suggested the planned closure of iconic Parisian concept store Colette, a subject of much discussion at the event, could be an opportunity for emerging labels. “It’s like an open invitation to create a new collaborative [concept],” she said.

Visitor numbers at the show, held at the Porte de Versailles from Sept. 8 to 11, backed up positive sentiment on the show floor. Attendance for Who’s Next and sister accessories show Première Classe jumped 10.1 percent year-over-year to 42,122. Some 64 percent of visitors were from France, while the biggest international representation hailed from Italy, Spain, Belgium, Japan and the U.K. A total of around 700 brands exhibited at Who’s Next, a number that was stable compared with last year’s edition.

Lucile Hochart, a buyer for French concept store L’Exception, which specializes in French brands, said the Fame section of the event, which focuses on upscale feminine labels, was particularly strong and easy to read. “There are lots of interesting brands,” she said.

“As usual Who’s Next [especially the Fame section] emphasized French brands and designers,” said Printemps women’s fashion buyer Séverine Patureau. “We always go to find new exclusive brands for our Haussmann, Lille and Nation stores,” she said, and this session was no exception, although she kept her discoveries for spring 2018 under wraps.

Among buyers, several of whom cited increased budgets in what is looking to be a more positive environment, top picks within Fame’s selection of around 200 labels included Diega, VdeVinster and Chloé Stora.

The latter, founded three years ago, was showing a collection built around loose pants and maxidresses in subtle prints, with average wholesale prices of around 80 euros, or $96. The brand counts Printemps and Merci among its customers, and is opening its first branded boutique in Paris’ Saint-Germain-des-Près this December.

Carole Petit, founder of Diega 12 years ago, said business had been brisker than for several sessions, and that the label had back-to-back appointments over the four days of the show. “The atmosphere is much more dynamic, and we have seen some great buyers,” she said. The casual chic label, which has around 450 stores worldwide, is showing its spring collection in New York for the first time through the Edité showroom, she said.

Virginie de Vinster, founder of travel-inspired label VdeVinster, saw strong demand for her fluid maxi dresses featuring block or tie-dye prints and hand embroideries, with average wholesale prices ranging from 55 to 115 euros, or $66 to $137. The brand will open a corner in French department store Printemps for its spring collection, and is also in discussions for the line with a major Los Angeles retailer.

Fabienne Bulteel, co-owner and founder of Belgian retailer Paprika, which specializes in larger sizing and has nearly 150 stores in Belgium, France, the Netherlands and Germany, praised the color palette on offer. “We always look for color, and we’re really pleased to see there’s a lot less black and navy. We love the structured and naïve prints,” she said.

Among buyers from further afield, Ming, president of Chinese lifestyle retailer Water Stone, which has three boutiques in Beijing, praised the show’s upgraded positioning and scenography. “Most trade shows have not evolved, but Who’s Next has,” he said. Ming praised what he described as an eclectic offer where anything goes. “There is no fixed style any more, it’s all about mixing,” he said, adding that vintage designs in particular stood out for him at the show as well as oversized shapes and bright colors. Water Stone is currently seeing strong growth as Chinese consumers’ tastes move away from mainstream designer brands to a more eclectic offer. “My budget is up because the European designer market is the most important for me, especially Paris,” he said.

Among the other sections of the show, standouts included Turkish label Exquise, which had seen potential new customers from the U.S. and France, including Galeries Lafayette; Japanese label Moyuru, which offers an outsized aesthetic in a largely monochrome palette; Atelier Caché, based in Istanbul, which counts department stores like Beymen among its customers; Polish label Madame Shoushou, stocked by retailers including Anthropologie, offering whimsical maxidresses and swimwear in vintage-inspired fabrics, and Indian designer Rajdeep Ranawat, with hand-designed printed maxi-dresses in silk and viscose.

U.K.-based Scarlet & Jo was a first-time exhibitor, and specializes in party dresses in plus sizes. The label was dipping its toe in international markets for the first time, brand founder and fashion veteran Gifi Fields said. Launched in 2015, the brand is online only and includes Next and Debenhams among its customers, with retail prices ranging from 50 pounds to 200 pounds, or $66 to $265. “We’re the fastest-growing fast-fashion company in the U.K. at the moment,” said Fields.