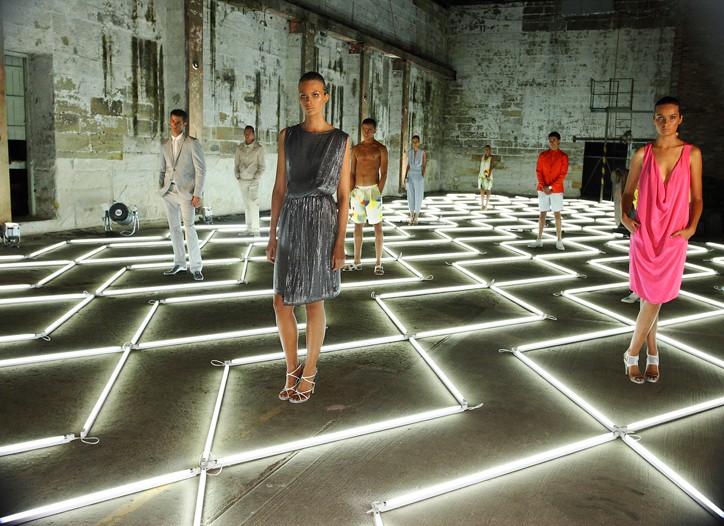 SYDNEY — “You could call it the last hurrah!” said creative director Kevin Carrigan as the curtain fell on Calvin Klein’s multicity 40th birthday celebrations Tuesday night, all the way down under with a party on Sydney Harbour.

Top of the fashion-heavy guest list was the newly minted Calvin Klein ambassador, Australian actor Abbie Cornish, together with her beau Ryan Phillippe. The couple is expected to spend Christmas together at the Hunter Valley property owned by Cornish’s parents.

“I just love this country,” declared Phillippe — in spite of the fact that he and Cornish have been stalked by Sydney’s notoriously gung-ho paparazzi from the minute they touched down.

“I’m just happy to be here tonight to support the brand,” said Cornish, who, prior to Monday, had never met the Calvin Klein contingent but whose ambassadorial role — à la Kate Bosworth and Eva Mendes — could evolve into something a little more hands-on promotional, according to Calvin Klein chief executive officer and president Tom Murry. Mendes, for example, is in the latest ads for the brand’s innerwear and newest fragrance, Secret Obsession.

In the pipeline for over 12 months and following similar events already staged in New York, Tokyo, London, Hong Kong and Dubai, the Sydney party “fitted into the calendar,” said Murry, who revealed that Australia is now Calvin Klein’s fourth-largest Asia-Pacific market after Japan, South Korea and China.

The local business grew about 10 percent this year to retail sales of about $75 million across 2,000 points of sale and nine product categories — that do not, for the moment, include Calvin Klein’s main collection. Carrigan was at the event representing the lines he designs, and that the brand does sell in Australia, including Calvin Klein White Label, Calvin Klein Jeans and ck Calvin Klein.

In 2009, Calvin Klein plans to build an additional six stand-alone stores in Australia and New Zealand, almost doubling the existing freestanding store tally here, for a total of 15 stores — part of a wider rollout strategy that aims to find a silver lining in the current economic storm cloud.

“We’re seeing market share growth in every product category in virtually every region of the world,” said Murry. “We have a little over 500 freestanding stores outside the U.S., in Europe and Asia, and we will add almost another approximately 100 freestanding stores all around the world. All of our partners that we are working closely in conjunction with have taken advantage of this soft real estate market due to the global recession, rents are favorable and the brand continues to be very, very strong, and because the execution is good, our business is holding up pretty well. The biggest impact we’ve had is currency. If you look at our business on a constant dollar basis, we’re still running nicely ahead of last year.”