Launching June 1 in nine of the retailer’s stores and its web site, the new IFWTO x Edito collection highlights talent from across Canada.

TORONTO — Canada’s Indigenous designers are getting a shot at mainstream exposure thanks to a collaboration between Indigenous Fashion Week Toronto and luxury department store Simons.

“I’ve never heard of any other retailer doing an Indigenous collection like this,” said Simons’ vice president of merchandising Richard Simons.

“We provided a blank canvas to these artists. They provided the beauty. But the only way to do this was with respect for their Indigenous culture,” Simons told WWD.

“Other designers have appropriated from Indigenous communities over the years. That message hasn’t always been favorably received. But we gave these designers a platform to showcase their art, which is sacred to them, and put them in charge of their applied talents,” said Simons. 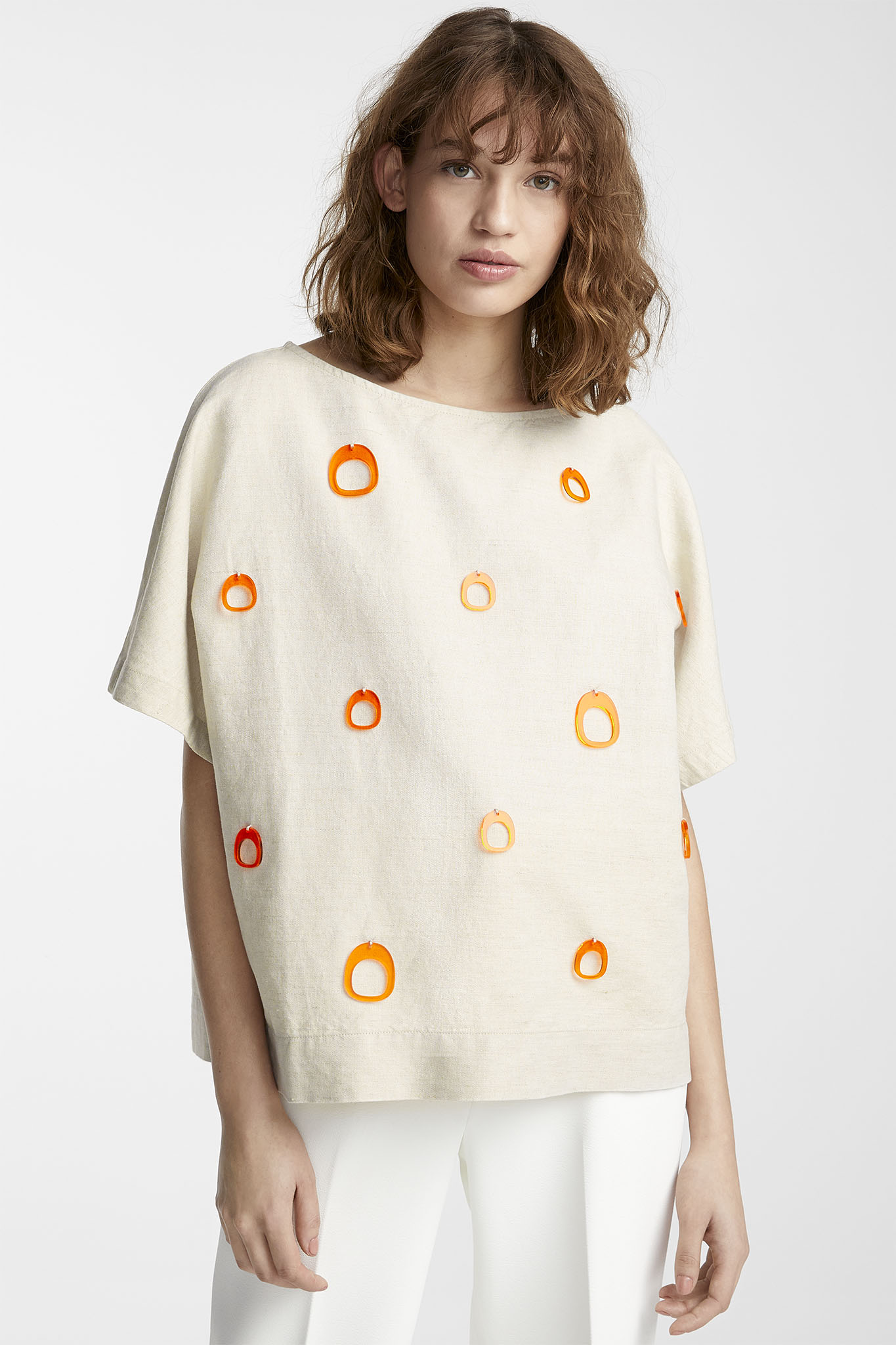 A look from Warren Steven Scott.  Courtesy of Simons

That strategy appealed to Sage Paul, the artistic director of Indigenous Fashion Week Toronto, who was instrumental in selecting the designers.

Involved in the Indigenous arts for more than 15 years, Paul was keenly aware of the ignorance in the retail market about Indigenous design. “I want people to know that each designer touched every piece of clothing in this collection. It’s one of a kind,” said Paul, who embarked on this project with a little help from destiny. In March 2019, Paul was part of a panel discussing the future of Canadian fashion. Océane Stanislas, the womenswear buyer for Edito at Simons, was also on the panel. The two women struck up a conversation about the state of Indigenous fashion in Canada and what they could do to help these designers gain greater visibility.

“We wanted to know if these designers would be willing to use their ancestral knowledge and make clothes that could be commercialized and brought to a wider market,” said Stanislas.

“We also wanted to make sure that this was a sustainable project for their design and that they got paid for their work,” Paul added.

Simons had been entertaining the idea of showcasing Indigenous designers in his stores for the last two years. “We always support young Canadian designers. But we were looking for a project with a sense of identity to it that makes Canada unique. Indigenous content was one feature that truly distinguishes Canadian fashion,” said Simons, whose privately owned, Quebec-based outfit first opened in 1840 as a dry good store founded by Scottish immigrant John Simons in Quebec City.

Simons will showcase the IFWTO x Edito collection until the end of August, or while quantities last. In the future Paul is optimistic about growing and improving the retail relationship behind the project. 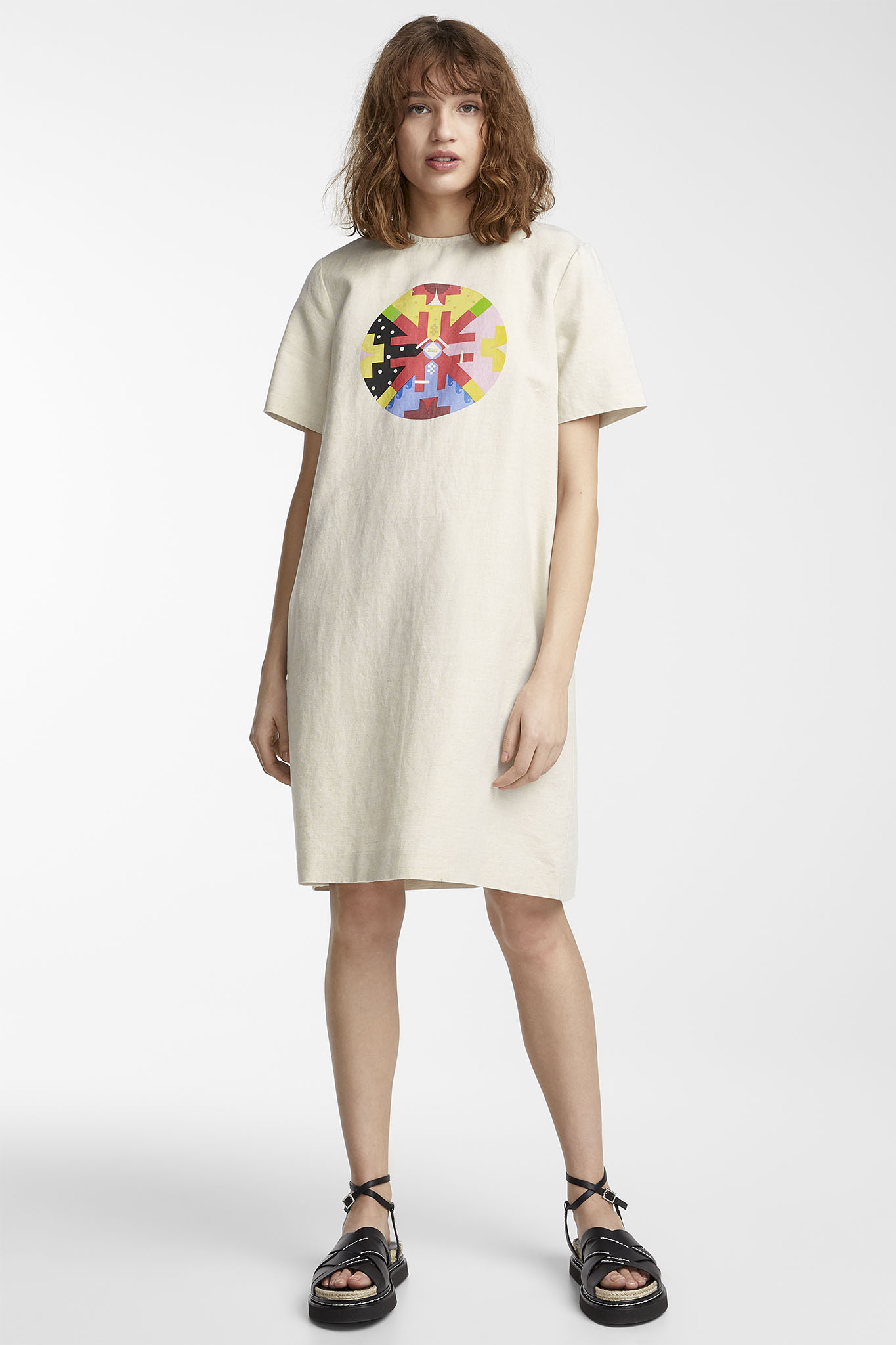 A look from Jordan Bennet.  Courtesy of Simons

That is good news for artists like Tania Larsson, who want consumers to experience Indigenous design. “Where design comes from in my culture is quite sacred, so I felt a great responsibility to make sure the messaging here was understood by consumers,” she said. “But it was exciting to celebrate Indigenous design in this way, without any fear of appropriation and with the hope that a wider audience would see the beauty in my craft and culture.”

Equally exciting was seeing their designs in mass production for the first time, according to Cheryl Copenace of Injunuity Design Studio.

“It takes two to three hours per piece to do this custom work by hand,” said Copenace, whose company currently sells to Indigenous people in Canada, New Mexico and Arizona.