Fendi may have staged an impressive runway show on the Great Wall of China a few weeks ago, but Pierre Cardin - the godfather of Space Age chic - has no reason for envy.

PARIS — Fendi may have staged an impressive runway show on the Great Wall of China a few weeks ago, but Pierre Cardin —the godfather of Space Age chic — has no reason for envy.

This story first appeared in the November 13, 2007 issue of WWD. Subscribe Today.

After all, during the same weekend Cardin staged his own Chinese shindig: a spectacular outdoor fashion show on a thin, white podium winding through the dunes of the Gobi Desert at Dunhuang. The main difference? Cardin said he “forgot” to invite the international press.

“I’ve been on a lot of voyages,” the designer said in his office here Tuesday. “But this one was very special for me. The light and the emptiness and the color of the sand against the blue sky — it was like showing fashion on the edge of infinity.”

Cardin, ever chipper at 85, explained the show, attended by scores of local journalists and personalities, was designed as a prelude to a musical production Chinese officials have invited him to stage in Beijing in advance of the Olympic Games next summer. The musical’s subject will be Marco Polo, a figure Cardin said always has been close to his heart. 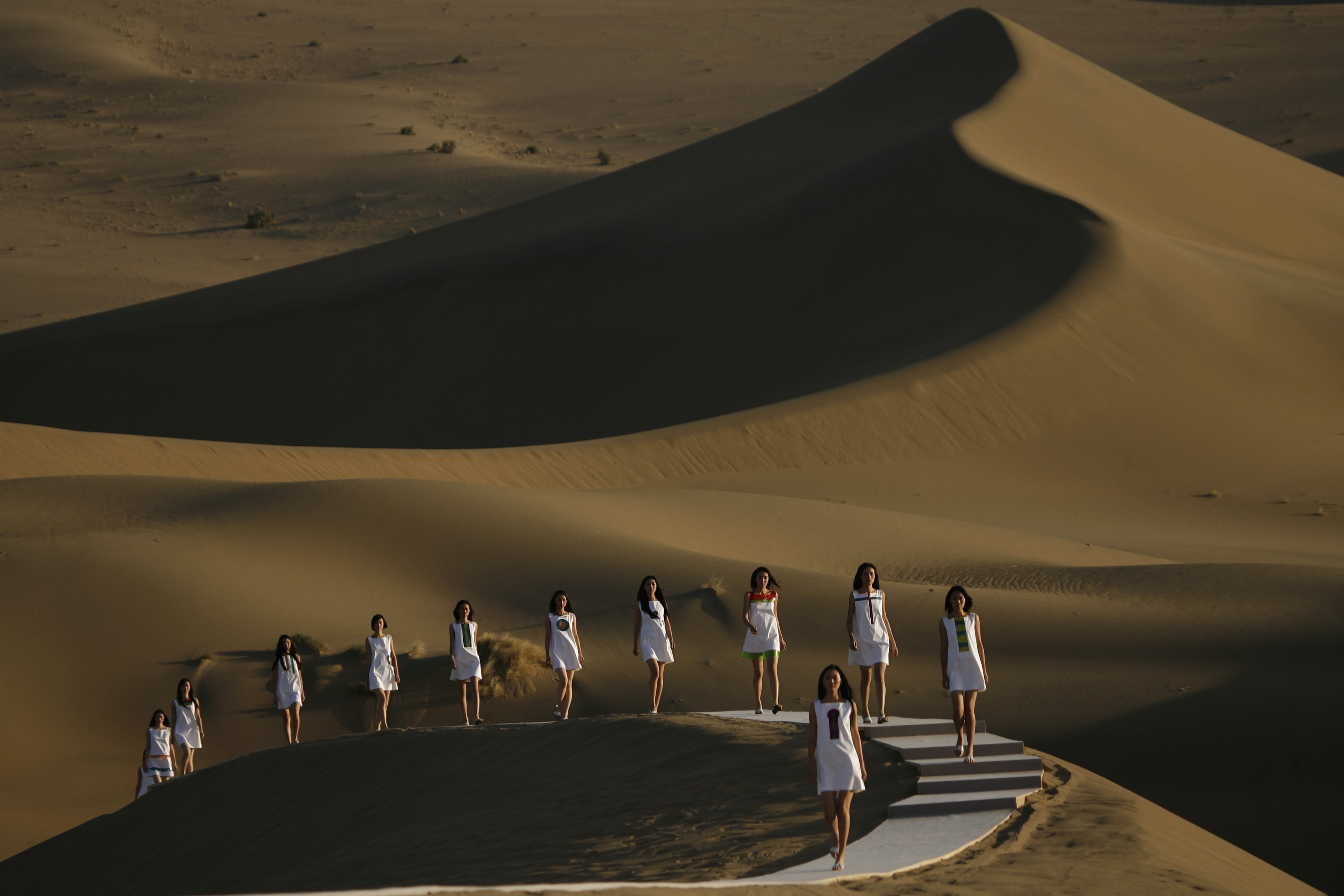 “Marco Polo was an adventurer,” said the designer. “I like that mind-set. Modern sports stars are adventurers in their own right, too. Marco Polo is a perfect subject for the Olympics.”

Marie-Claude Pietragalla’s troupe of contemporary dancers will headline the production, which Cardin said already has been booked for a tour of China, Taiwan, Japan and Russia.

“It’s the biggest production I’ve done in 40 years,” he said, peering over his square, black spectacles. “We wanted the fashion show to play on the musical. So we staged it in the desert along the Silk Road at a place where Marco Polo traveled.”

Cardin, who operates four theaters in Paris, said 100 models, both men and women, were used to show his most recent designs for his Chinese licensing partners, of which there are about 50. 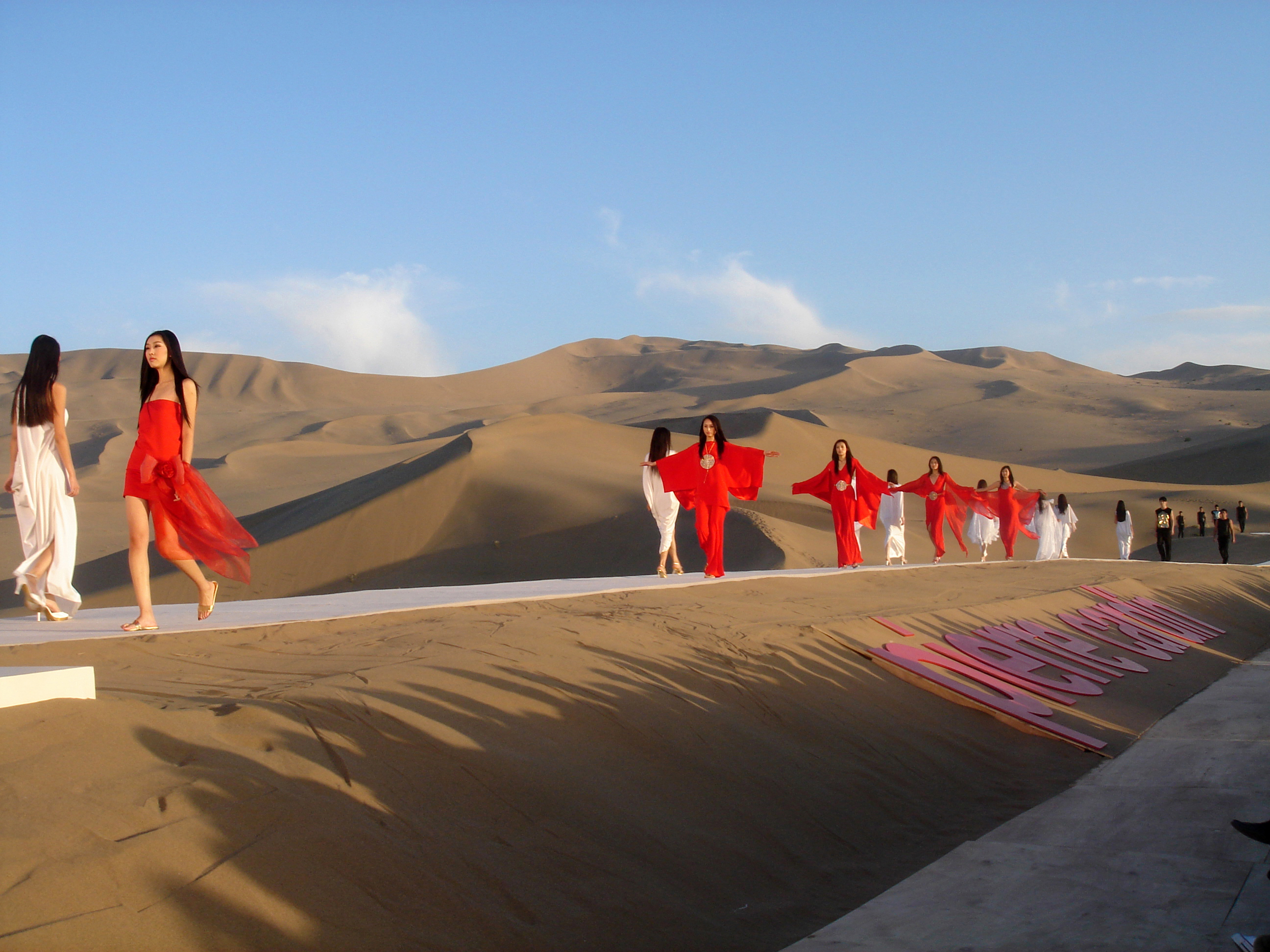 “It started at 5:30 in the afternoon,” said Cardin. “You could see the sun setting and the moon rising at the same time. At first, you didn’t see the models. They then emerged, approaching from a distance, like a caravan.

“The bride appeared riding on a camel. At my age, to still be able to do this type of thing — well, it’s special.”

Cardin said he regretted not inviting press from outside China. “That was a mistake,” he admitted. “I don’t know why, but the thought never crossed my mind.”

Meanwhile, Cardin, who oversees an empire of some 900 licensed products and the Maxim’s restaurant venture, said he continues to shop his business around. He conceded the hitch was his asking price: 1 billion euros, or $1.45 billion.

“You don’t come up with that type of cash easily,” he said. “I’m in very advanced talks. It will probably be a consortium [of investors]. I want professionals to run my business. That’s my dream. I’ve been running everything for so many years. I sign every check.”

Still, Cardin, who has claimed to be in serious talks with potential buyers several times in the past, said he’s not complaining. “My love is fashion,” he said. “I go up to the atelier every day and design dresses. That’s what pleases me most.” 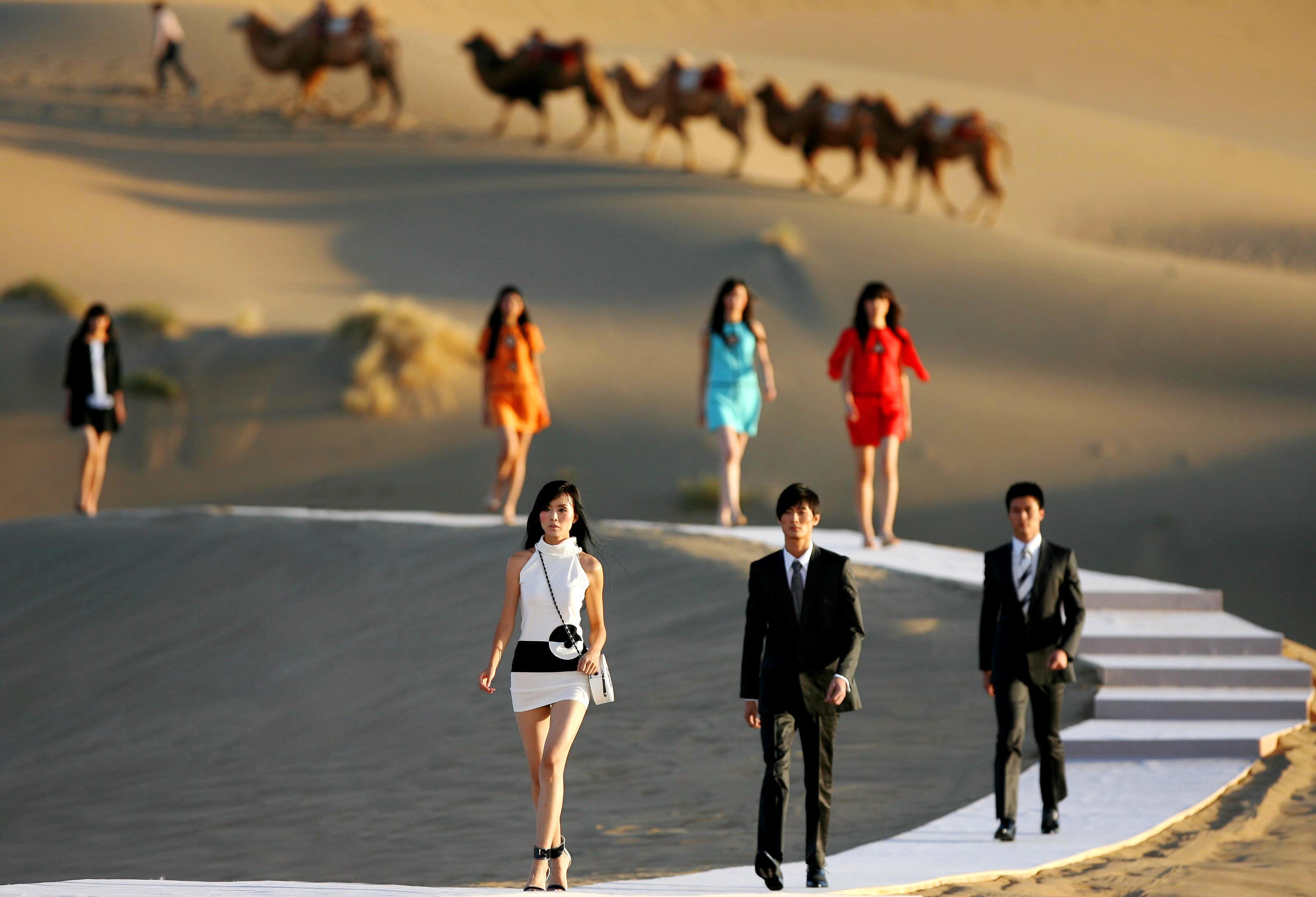 He also enjoys taking care of his vast web of licenses. The most recent? Small plastic cubes of Maxim’s branded mineral water. “They are meant to be frozen as ice cubes,” he explained. “There are new regulations coming that servers in restaurants and bars can’t pick up ice cubes with their hands. It’s unhygienic or something. I’m thinking ahead.”