Catch While Catch Can

PARIS — Design is looking a lot less industrial, with limited editions — especially in furniture — becoming a growing and lucrative niche.

Of course, rarity in the design world is hardly new. As Alice Rawsthorn, director of... 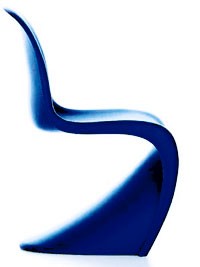 PARIS — Design is looking a lot less industrial, with limited editions — especially in furniture — becoming a growing and lucrative niche.

Of course, rarity in the design world is hardly new. As Alice Rawsthorn, director of the Design Museum in London, pointed out, “Many of the most famous ‘mass manufactured’ 20th-century designs were originally produced as limited editions.”

Landmark pieces like Eileen Gray’s Bibendum Chair and her E1027 Table, which were made individually, are examples.

“Even by the 1960s, a piece as sleek and futuristic as the Panton Chair had to be made by hand for years, as Verner Panton and Vitra struggled to resolve technical problems for producing it in volume,” said Rawsthorn. More recently, sculptor Donald Judd has blurred the lines between art and design with his furniture.

Nonetheless, the last few years have seen a veritable explosion in limited editions. Industry bellwethers from Marc Newson and Hella Jongerius to France’s Bouroullec brothers and Maarten van Severen are making more of them. Contemporary art galleries are dedicating shows to the idea, and prices are shooting through the stratosphere.

Didier Krzentowski, owner of Kreo gallery in Paris, calls the trend a “reaction against the Conran and Ikea generation.”

Krzentowski is probably the first dealer to have zeroed in on the exceptional potential of limited-edition design. His four-year-old Kreo gallery commissions the world’s leading designers to make limited editions, with Azzedine Alaïa, Karl Lagerfeld and Hedi Slimane among his tastemaking clients.

“As a collector, which I was before opening Kreo, I always wanted things that I couldn’t find elsewhere,” he said, adding that most serious design collectors are also aficionados of contemporary art. “It’s a similar story of passion.”

Evolving trends of taste can’t be ignored. The market for 20th-century big shots — Jean Prouve, Gio Ponti, Charlotte Perriand and Le Corbusier — is maturing at auction. A pair of Jean Prouve steel and Plexiglas porthole doors, for example, recently sold for $680,000 at Sotheby’s. The golden $100,000 mark is often broken, and more collectors are crossing over from other fields of collecting.

James Zemaitis, director of Sotheby’s thriving 20th-century design department, said the flood of limited edition “plays into all of the money in the contemporary art market. A collector wants a great Damien Hirst the same way they crave a great Marc Newson chair.”

Though Zemaitis said auction results for contemporary limited editions have been “mixed,” he predicts it will flower into an increasingly important part of his catalogues. Meanwhile, prices for iconic handmade pieces, he said, are going through the roof.

Added Rawsthorn, “So many important contemporary art collectors are now collecting design too — notably François Pinault and Bernard Arnault — that prices are soaring.”

That market potential is driving more fledgling talent into the arms of limited-edition pieces. Zemaitis reckoned that designers have finally realized how powerful and effective limited editions can be as a marketing tool.

“It’s one of the easiest ways for young designers to make their name and earn money,” said Rawsthorn. “Especially if [their product is] photogenic.”

Nonetheless, some consider the vogue potentially dangerous. “If everyone flocks [to limited editions], the approach could be watered down,” said Krzentowski. “It could lose some of its bite.”

But for the moment, the future appears bright. Experts liken limited editions to fashion’s haute couture. “It’s a laboratory,” said Krzentowski. “In the industrial process there are always limited. Limited editions are about removing the limits and favoring creativity.”

And just as in haute couture, an experimental exercise that sometimes assumes a more practical form in ready-to-wear, avant-garde techniques developed in limited editions can be applied to and advance industrial design.

“Oddly, limited editions have a role to play in inspiring products for mass production,” added Rawsthorn. “They enable designers to experiment with extremities of form, materials and typologies and thereby enrich their mass-manufactured products.

“Marc Newson is a great example. His design style is so disciplined, that there is an incontestable link between the improbably sculptural chaises lounges that sell for hundreds of thousands of dollars at Sotheby’s, and his DoCoMo mobile phones or Nike trainers.”