Catching Up With Adam Lippes

Ahead of his resort collection debut, Adam Lippes chatted about his spring store opening, business and the return to dressing up.

Adam Lippes in his store.

NEW YORK — In mid-March, Adam Lippes opened his first “flagship” in downtown retail destination Brookfield Place. Coming out of one of the most unprecedented, difficult years in recent times, signing a retail lease was a risk, but for Lippes’ label, the opportunity was worth the reward.

“Ultimately, we came to the conclusion that things are going to recover,” Jeannie Yoo, president of Adam Lippes, told WWD this spring. “The feeling is optimism. When customers decide they are ready to shop again, we wanted to be there for them.”

“Kind of like buying a house, when you know you know, it was that sort of thing,” Lippes said during a store walkthrough, referring to his initial viewings with Brookfield Place after aggressively looking for the right retail space downtown in fall 2020. 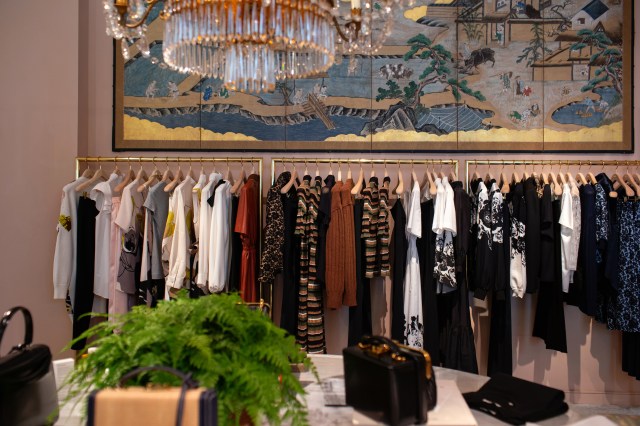 Designed to look like the American sportswear designer’s personal living room, continually influenced by his hobby and love of being a collector, the store features vintage home decor, artwork, and furnishings for sale. For instance, 18th-century enamel glass and Baccarat objects, collectible books, paperweights from the ’70s, special glassware, and much more. A singular armchair was designed by Lippes, made up of upcycled collection fabrics; even the store’s fitting room is covered in the same pale pink silk fabrication featured in Lippes’ personal dining room.

Sitting alongside Lippes’ luxe ready-to-wear fashions, new jewelry (which he launched during the pandemic), and favorite accessory and beauty brands — such as Mark Cross handbags, Manolo Blahnik shoes, and Costa Brazil beauty — the store offers luxury with a comforting, personal experience. Said personal approach has always been Lippes’ ethos when designing ready-to-wear and connecting with his customers.

“It’s funny, a lot of brands I’m talking to [to sell in the store] said yes, and they said, ‘We have to tell you something, we haven’t opened distribution in New York in years, but this feels so personal.’ I wonder if there’s a trend toward that personal?” the designer mused. 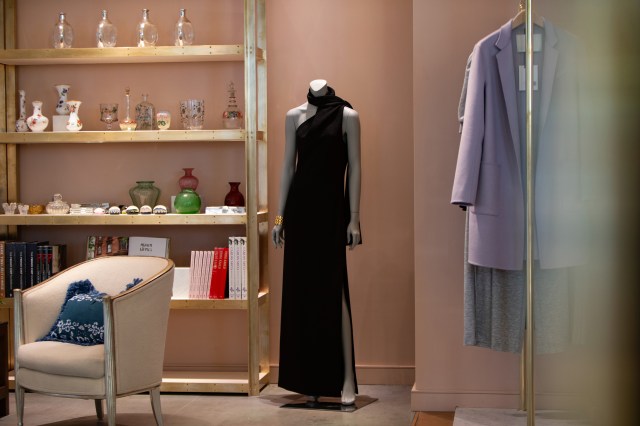 During the first few weeks after opening, Lippes was “happy when we sold anything, but it was slow.” However business changed dramatically during the month of April and exceeded expectations, the brand’s sales changed from 50 percent to double plan.

“I’m feeling really positive. This has been really good, interesting,” he explained over the phone last month. “I just heard this morning — this spring we are ahead of last spring’s sell-through by about 24 points, even though last spring — OK the pandemic hit — but we shipped eight weeks earlier. Even so, it’s really picked up. And frankly, resort’s sell-throughs were not that great, but spring shipped really late — it shipped at the end of February, we usually do in mid-January — and we’re way ahead of last year. I feel really positive coming out of this.” 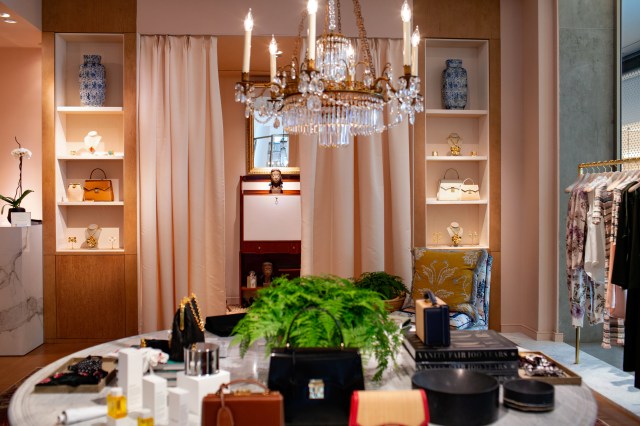 Lippes’ recent trunk shows also have been a success. The designer noted that across shows in Florida (Naples, Boca, Palm Beach, and Miami, as well as Short Hills and Paramus, N.J.), in both specialty stores and Neiman Marcus, not only were customers buying more, they were looking to get dressed up again.

“What we have seen is, the customer who used to buy one dress is buying three. Each stop is our biggest one to date,” he explained, adding, “In my person-to-person store, hearing from customers, they never want to see a sweatshirt again! They want to get dressed up, they want to be looked at, they want to feel good. They’re also planning, now for double events because they didn’t have the events last year. The wedding happening last June is now happening this June, and the other wedding’s happening. There was a lot of event planning in their heads, I could see, but also this desire to get dressed again. ‘I want to put on heels, I want to go out! I really want to be out again and not feel sloppy anymore.’” 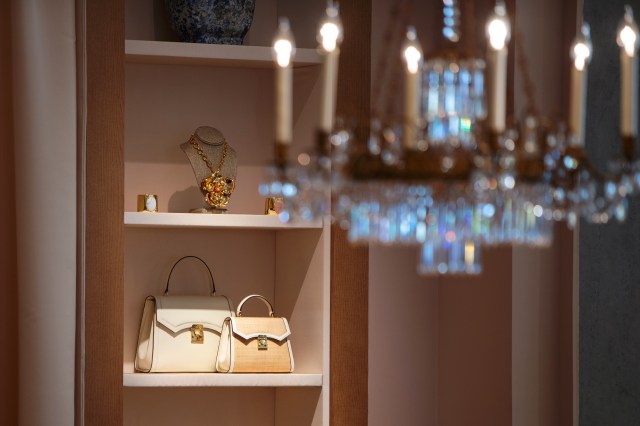 Influenced by both sales and the optimism over normalcy’s return, the comeback of dressing up is one Lippes is naturally bringing forth in his resort and spring collections. Describing the resort collection, Lippes remarked, “I would say it’s back to what we were with a bit more…glam would be the right word — I don’t use the word sexy, but sensualness. I really think our women want to go out more, they want to show and feel good about themselves, whereas before more of our cocktail was maybe more on the conservative side — like a sheath dress. Now it’s a bit more flowy and fun, I think anyhow.” 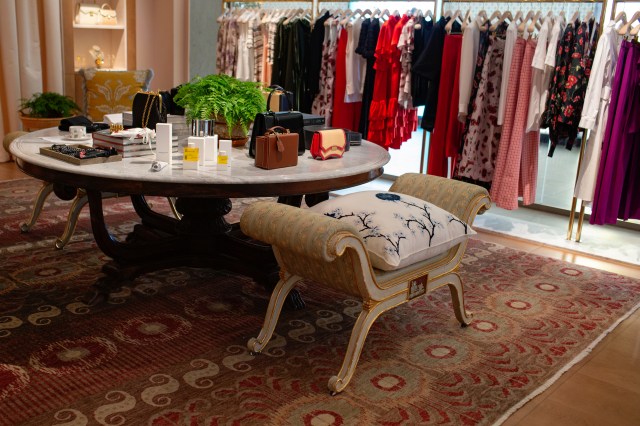 Additionally, the designer is designing the collections and showing them to retail partners in tandem, for the first time. Resort debuts today, while spring will be shown to the press and public during September’s New York Fashion Week.

“Last February we did our first runway show, and then all hell shut down two weeks later. Being this reset button, I feel like I’d love to have people back in my home and sort of start again. We’ll just have to see how people are feeling, how the vaccines have worked and how people are feeling about being in a tighter space. But we have time. That would be my goal. I worked for six years to get out of my house, and now we’re going back…haha,” Lippes said.

He added: “I love doing a runway show because I think every designer loves to see the clothes like that, but I also think that for the press and our top customers, they love seeing it at the house on their own terms, at their own time. So much of what I do is about the home and entertaining, that it just seems to make sense. No matter how much we try to do a presentation in a restaurant or at our office, it doesn’t hold the same interest, because it’s so much about where the clothes live. It’s a good time for looking back, authentically, to who you are as a designer.”