WWD caught up with the two at their studio to discuss the win, their London Fashion Week show and future plans. 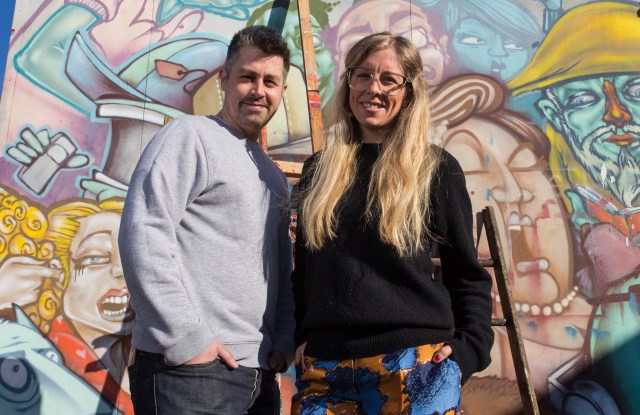 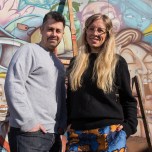 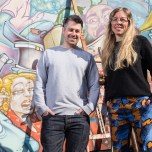 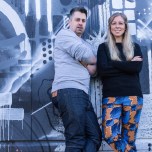 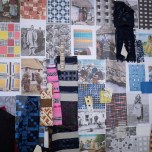 LONDON — Catherine Teatum and Rob Jones, the duo behind Teatum Jones, were named winners of the 2015-16 Women’s International Woolmark prize in New York last week. They edged out competitors including J Koo, Bianca Spender, Nanna van Blaaderen, Taller Marmo, and Tanya Taylor, and were awarded 100,000 Australian dollars, or about $71,020 at current exchange. They will also receive mentoring.

Fresh off an overnight flight from New York, the duo spoke to WWD about their win, London Fashion Week and future plans.

WWD: How will winning the Women’s International Woolmark prize change your lives?

Catherine Teatum: I think things are probably going to stay the same in terms of how much we work, it’s probably just going to get even busier. And it’s going to open more doors.

WWD: How do you plan to allocate the funds?

Rob Jones: I think, for us, one of the reasons the judges said that we’d won is because of our innovation with textiles. So I think this is giving us the budget to really push it further, and take it to another level.

C.T.: One thing that gripped the judges was our ability to combine innovation with commerciality and create a really shopable wardrobe. We do that through feedback with retailers and feedback through private clients and really listening to what women want to wear — down to the very small details. Where do you want your pockets in your dress? Do you want a traditional ticket pocket in your Crombie? We absorb that and then we put into the collection. I think one of the points we made to the judges is that our woman wants these bold exquisite, unique fabrics. They have to feel beautiful next to her skin. She needs to feel as comfortable as she looks.

WWD: In terms of exploring textiles, what do you plan to do?

R.J.: There are a few people around the world who we’re talking to who are coming to textiles from a more scientific side of things, a more engineering side of things. So we’re not just talking to the mills, we’re going to yarn suppliers to see if we can actually affect the yarn, and also talking to people like engineers who are changing their looms.

C.T.: The people who built the machinery might not be coming from the textile perspective. So if we can talk to them, and we can also get hold of the yarn suppliers we’re almost creating the machines to use specific yarns. And it’s that thoroughly in-depth approach that we want to come at the textile development with.

WWD: How will you expand from a business perspective?

C.T.: Every store that we’ve now picked up through the competition, we’ll have the opportunity to be physically present in. So we will be flying to Isetan in Tokyo, to David Jones in Sydney, to Saks Fifth Avenue in New York and to South Korea. That’s a dream really come true for us.

It gives us this opportunity to have that relationship and angle of marketing — something we haven’t been able to achieve until now.

WWD: What can we expect for your upcoming show?

C.T.: Much more textile development. We’re working on key signature outerwear shapes. But there are some new dress shapes in there that are very much streamlined, which is a new direction for us. We never throw anything away. I don’t believe in creating an exquisitely fitted pair of trousers, then forgetting that, and moving on to something completely different.

WWD: What was your inspiration this season?

C.T.: We based this season around a woman called Agnes Moira Bernard. In 1982 she was an English nun who moved to the west of Ireland and she founded the Oxford Woolen Mills. She was struck by the poverty at the time and she saw the mill as a way to give a role to the local community so that they could have a self-sustainable future. She managed through her determination and her relentlessness to not give up, to politically and socially pull together the people. And it’s those sorts of human stories that continue to inspire us.

R.J.: It still runs today and we’ve been working there. We always prefer to go to the primary source for our research, so we went to visit them. We’ve taken their blankets that they still weave today and we’ve pushed them into the future.

WWD: What other plans do you have in the pipeline?

C.T.: We love human stories, textile pioneers, a modern polish and bold aesthetic. We are talking to a book publisher that has a history of publishing brilliant, old traditional stories that we can look at designing new front covers for. The woman that we based our collection on last season, Leymah Gbowee who was a Nobel Peace Prize winner. Her workshops and therapy she does with girls she works with in Liberia including postwar victims allows them to tell their story. We want to create a workshop with her, where we can talk to those girls that are interested in designing fashion. We want to combine her love of allowing these women to own their own story with our love of human stories.