Celebrity Corsets for a Cause

Actress Julianne Moore will host the Frederick’s of Hollywood Lingerie Art Auction in Los Angeles at the firm's new flagship. 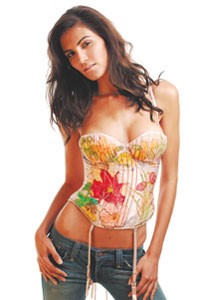 Linda LoRe, president and chief executive officer of Frederick’s, said the benefit follows “two hugely successful” events in 2003 and 2004, which together drew some 100 celebrities and raised more than $140,000 for a variety of causes. The donations were raised through silent and live auctions and included online bidding access to the fredericksofhollywood.com Web site.

This year’s event will be a two-night affair: a formal fashion show of Frederick’s lingerie and five celebrity-designed corsets will be staged Wednesday at the Avalon nightclub, where 700 guests are expected to attend. The Thursday event will feature an auction for 250 guests and will take place at the new store at Hollywood and Highland Avenues near Grauman’s Chinese Theater and the Kodak Theater.

The corsets and a design kit are provided by Frederick’s to celebrities to create a one-of-a-kind item that can be worn as an undergarment or as ready-to-wear.

This year’s silent and live auctions will benefit the Tuberous Sclerosis Alliance, a cause that is “near to Moore’s heart,” said LoRe.

Moore said, “I have participated as a [corset] designer for the last two years with event chairs Tea Leoni and Susan Sarandon, and it was always fun, a little silly, and brings real public awareness to needy causes. For TS, the need to raise awareness is still high. Many people have never heard of tuberous sclerosis, a genetic disease that is as common as cystic fibrosis. If auctioning off celebrity corsets brings more attention to this devastating disease, I’m all for it.”