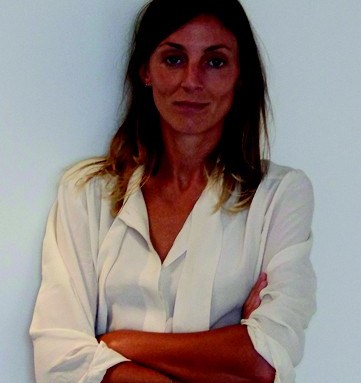 PARIS — Bernard Arnault has netted another fashion star for his luxury universe, naming Phoebe Philo as the new creative director of Celine.

The British designer — widely credited for catapulting Chloé into the big leagues with her hip and feminine clothes and accessories — is to start in October. She will present her first Celine collection next March for the fall-winter 2009 season, with a runway debut seven months later.

The appointment, confirmed exclusively to WWD, comes after months of speculation and underscores how Arnault is serious about revving up second-tier brands at LVMH Moët Hennessy Louis Vuitton. WWD first reported Philo was in talks with LVMH on March 21.

The appointment also marks a splashy comeback for the popular Philo, who has been largely absent from the fashion scene since she resigned from Chloé in January 2006.

“By giving her Celine, we’re giving her a platform to express her vision,” said Pierre-Yves Roussel, chief executive officer of LVMH’s fashion division. “For Celine, which is a bit more grown-up as a brand, the fit is very good in terms of her style, her personality and where she is in terms of her own development.”

“In the current climate customers are looking for something that will get them interested and excited about buying again,” Philo told WWD. “I want to create clothes, shoes, bags and accessories that are relevant to right now — modern, exciting designs that women will desire and appreciate.”

In tandem with Philo’s arrival at Celine comes a new executive, and a consequent management shuffle at LVMH. Marco Gobbetti, who orchestrated a turnaround at Givenchy, will become president and managing director at Celine, also effective in October.

The succession plan at Givenchy has yet to be disclosed; however, Gobbetti said he would remain at Givenchy through a transition phase and become a board member of the house.

In an interview, Roussel touted the depth of management talent at LVMH and the mobility it offers executives, and said it was important not “to sacrifice one brand for another.…We’re growing people into brands that are bigger and more complex.”

He also trumpeted the importance of strong chemistry between the designer of a brand, the management and the shareholder. To wit: The arrival at Celine of Philo — now 34 and a mother of two young children — was feted Wednesday at LVMH headquarters, where Arnault hosted a celebratory lunch attended by his daughter Delphine, Roussel and Gobbetti. “This full alignment is very important,” Roussel stressed. “We’re all convinced of the fit, and the potential of the brand going forward.”

Roussel said the priority at Celine would be “full creative renewal of the product.” Philo’s arrival also will coincide with an investment phase to renew the brand’s store network and to announce the new creative direction in advertising and communication.

“The ingredients are there for a very, very exciting project,” Gobbetti told WWD, describing “great potential in terms of creativity, the relevance of collections and in terms of development.”

Philo will succeed Ivana Omazic, a Croatian designer tapped from Prada Group in 2005 to steer Celine into woman-friendly territory. Omazic herself succeeded ex-Burberry designer Roberto Menichetti, who had a lackluster one-year collaboration at Celine.

During her tenure, Omazic was charged with expanding Celine’s footwear category, the original foundation of the 63-year-old French brand, and set out to reclaim its sportswear roots as a purveyor of “luxury clothes for everyday life.” She tapped photographer Bruce Weber to shoot the company’s ad campaigns in a narrative, spontaneous style illustrating its joie de vivre.

Still, the brand has never reclaimed the buzz of the days when American Michael Kors was at the design helm, from 1997 to 2004. Omazic will leave Celine after the spring-summer 2009 fashion show in Paris on Oct. 2, the company said, also thanking her for a “significant contribution to the ongoing modernization of the brand.”

While far less prominent than Louis Vuitton or Fendi, considered “star brands” in Arnault’s luxury parlance, Celine is a sizable business with a retail network of some 130 stores, concentrated in Asia, which represents about half the business. Market sources estimate Celine’s volume at around 200 million euros, or about $290 million at current exchange rates. The business is believed to be close to breakeven.

Arnault has recently demonstrated a commitment to his smaller brands, promoting Roussel in January 2007 and charging him with driving them to profitability, a feat already achieved. Roussel oversees the fashion houses Celine, Givenchy, Kenzo, Marc Jacobs, Loewe, Pucci and Berluti. He was previously LVMH’s executive vice president, strategy and operations, and already had played a behind-the-scenes role in fine-tuning management and creative teams at several of those fashion houses.

Gobbetti, who with creative director Riccardo Tisci steered Givenchy out of fashion’s wilderness into profitable growth and critical acclaim, will be charged with building Celine’s sluggish wholesale business and capitalizing on Philo’s star power.

Toledano said Brunschwig would start immediately, with responsibility for Dior’s retail network, now numbering 232 locations, and wholesale operations. He described Brunschwig, who has also worked for Louis Vuitton and Sephora, as “one of the biggest experts” on emerging markets like Asia and the Middle East, with “strong marketing experience in fashion and luxury goods.”

“It’s a great opportunity,” said Brunschwig. “For me, Dior has always been the brightest luxury brand in the market with one of the biggest potentials.”

As for Philo, LVMH has been in exclusive talks with the designer since last November, and Roussel said discussions initially centered on the launch of a signature brand. However, “it became very evident that there was a good fit for Celine and the project she had in mind,” Roussel said. “I found her to be someone with an extremely clear vision.…She’s very ambitious as a person in terms of getting her creative project out on the market in a meaningful way.”

Roussel praised Philo’s accomplishments at Chloé — and talent for articulating her fashion vision. “She described a collection plan with a level of clarity I’ve never seen in a designer,” he said.

Philo’s return to fashion’s big stage, after doing some under-the-radar consulting work for Gap in Europe, will certainly be a marquee event given her track record.

She joined Chloé in 1997 as part of designer Stella McCartney’s team. The two were classmates at London’s Central Saint Martins fashion school and worked together when McCartney launched her own collection after graduation. In 2001, Philo took the top Chloé job when McCartney left to set up her own fashion house in a joint venture with Gucci Group.

With her good looks and personal style — a mix of tomboy and chic elegance — Philo succeeded in accelerating Chloé’s rejuvenation, despite an arms-length policy with the press. Her iconic Paddington bag was among a string of accessory hits that catapulted Chloé into the high-margin leather goods business.

Philo resigned for personal reasons, mainly to spend more time with her family and first child, Maya, amidst growing pressures and responsibilities at the fast-growing brand. She later bore a son, Marlow, and plans to remain based in London with her children and her husband, art dealer Max Wigram.

While she has kept a relatively low profile on the social scene, Philo is said to have put out feelers to fashion’s biggest players — including Chloé parent Compagnie Financière Richemont — about launching a signature fashion house. However, reluctance on the part of potential backers to fund start-ups — and what sources describe as hefty salary and other demands on Philo’s part — meant no deal came to fruition.

Roussel said Philo would save “at least five years” by stepping into a brand like Celine with boutiques in top locations around the world and factories for leather goods.

Celine plans to create studios in London to accommodate Philo, who always shuttled back to her hometown even during her Chloé days to feed on the British capital’s creative energy. Roussel said Philo would work out of London “most of the time.”