The Australian department store takes the wraps off the first stage of a major refurbishment of its Elizabeth Street, Sydney flagship. 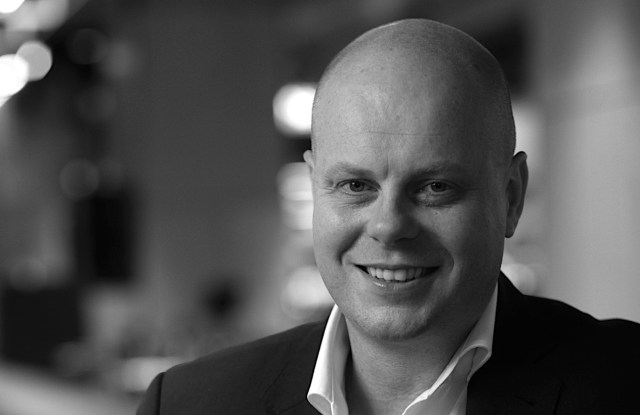 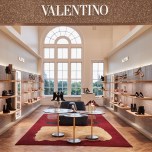 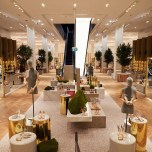 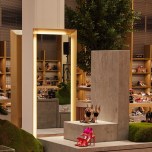 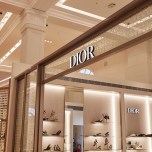 SYDNEY — Like much of the capital’s central business district, which is undergoing a 62 billion Australian dollar, or $44 billion, development boom, the Elizabeth Street flagship of department store chain David Jones is a construction site.

Originally opened in 1927, the store is midway through a 200 million Australian dollar refurbishment that David Jones is claiming will raise the bar for luxury retailing in Australia.

At its helm is David Jones’ chief executive officer David Thomas, who assumed the role in September 2017 following several years of executive reshuffling in the wake of the 2014 acquisition of David Jones by South Africa’s Woolworths Holdings Limited for $2 billion.

David Jones’ profit fell by 50 percent to 64 million Australian dollars for fiscal 2018, but returned to its strongest sales growth in three years.

Thomas will be hoping to capitalize on some of that sales momentum with the unveiling, on Friday of the first completed stage of the Elizabeth Street refurbishment — the Level 7 shoe floor.

The store’s relocated and dramatically expanded shoe department is now housed inside the store’s former grand ballroom — a space that hosted the first Christian Dior runway show outside of Paris in 1948 and a banquet for Queen Elizabeth II in 1954.

In the coming months, a Champagne bar will also open in the mezzanine level overlooking the space — where cocktail bands once played.

WWD spoke with Thomas on the eve of the launch.

WWD: Why did David Jones choose the new Level 7 shoe floor for the first reveal of the Elizabeth Street refurbishment?

David Thomas: We timed the project so that we can manage through all the various stages. We are opening the footwear floor first tomorrow because essentially this space wasn’t traded in previously, so we were able to do the works earlier and get part of the store opened first. So we’ll open Level 7 tomorrow and then come back in November and open the new kids’ world, which is underpinned by the new Disney experience.

WWD: Why was this particular floor, an erstwhile ballroom and latterly an events space, chosen as the flagship store’s new shoe destination?

D.T.: From a footwear perspective, we really looked to create a place where a lady can come and really indulge. And the double-height ceiling, the beautiful vista of the park, the whole experience…What we’ve created — bringing obviously the beautiful aesthetic of the product offering, the brand offering and then that service experience — is something very, very special. We’ve probably taken our inspiration from the Paris department store Le Bon Marché. They run footwear on a very similar level and it just creates something that’s very imaginative and very special.

WWD: Who did the design and what kind of experience have you curated for your customers?

D. T.: This is our flagship experience, so we’ve really created something where all the finishes, all of the details of the store have been very beautifully designed. We’ve worked with an architect [bureau] based out of Singapore and the U.K. called Benoy; they’ve been fantastic to work with. We’ve managed to maintain the key heritage elements, so the floors that have been maintained, they’re beautiful, they’re the original parquetry of the original store, but then we’ve brought in some real contemporary elements as well, the lighting elements and the new fixtures and fittings. So there’s certainly a nod to the past, but in a very contemporary way.

If you go to the offer, there are about 30 new brands, but there’s somewhere between 90 and 100 brands in the store and essentially over half of those are exclusive to David Jones. So we’ve created these exclusive, beautiful ranges, we’ve brought the best ranges from around the world and then essentially the width of the product in each of the brands that we sell, the service levels and the fit over and above that. We have a footwear concierge so that we can understand whether your foot has changed, what the size of your foot is and what the right last is for your foot, so that we can put you firstly into the right brand, then into the right product and then essentially make sure that we really close the loop on creating a very, very special service experience in the store. So we’ve got the range, we’ve got the aesthetic, we’ve got the service element. It’s certainly like nothing that Australia has ever seen before.

WWD: Designers and retailers have recently spoken about a “shoe moment,” with a boom in the category. How important is the shoe category to David Jones right now?

D.T.: I think the footwear category is very important strategically for David Jones in that it really allows us to demonstrate our commitment to service. Shoes can’t sell themselves. So, essentially us trying to create a real service commitment, to make sure that we can create those real solutions for customers and create something that’s very special and meaningful…it’s a very, very important category for us. I think what we’ve created here, not just all of Sydney will look at, not just all of Australia will look at, but coming back from Paris, everyone’s talking about it overseas. When you have the lineup of Louis Vuitton, Chanel, Roger Vivier, Gucci, Christian Louboutin, Valentino, Balenciaga…all the brands that are coming into this store, everyone’s sitting back and looking at it. Essentially when this store opens tomorrow, it will be the newest department store in the world that has that offering on hand. And we’ve edited the best that the world has and brought the best of Australian brands, so we’ve got everyone’s favorites, from Midas right through to Louis Vuitton. We cater for all customers, we cater for all feet — we have from very small sizes to very large sizes and we’ve been very considered in the way that we’ve brought the service proposition around that as well. In Paris, I met with all of the brands that are in the store. This is the first execution of this type in Australia, so there’s a lot of excitement and they [international brand representatives] will be visiting over the next six to eight weeks.

WWD: You have said that Level 7 will set the expectation for what’s coming in the next five stages of the refurbishment. After the children’s department, which is due to open at the end of November, what is the rollout schedule?

D. T.: In the middle of next year, we’ll be opening the women’s world, which is three levels of a new women’s offer, so that was part of the Paris trip as well — to go and secure some of the big brands that will be coming into the store. Late November next year, we will be opening the ground floor and Level 1: the new luxury, beauty and accessories precinct across those two levels. Then in early 2020 we will open the final stage, which will be men’s wear on Levels 5 and 6 and then in addition to that, the food and the home offer that’s in the two bottom levels — the basement and the lower ground floor. So essentially it will all be open by March 2020. But the grand opening is the luxury precinct, which will open at the end of next year.

WWD: How important is the Chinese customer to David Jones’ business and what measures has the company taken to better court and service this customer, beyond hiring more Mandarin speakers?

D. T.: The Chinese customer is absolutely critical to our business and obviously our partnership with China UnionPay is very important. We’re working with Tourism Australia and we’re working with the outbound tourism companies out of China as well. In addition to that we are working tirelessly to make sure that our service proposition is not just for the Chinese, but for all tourists, really that we create something that is very special. Of the 50-odd new [sales] team members, about 90 percent of them are speaking two or more languages and there are 19 different languages spoken by the team, from 20 different countries. We’ve got Golden Week at the moment and we’re really driving the tourist dollar through the Chinese. Essentially it [the Chinese dollar] is very, very important and I think it’s going to become more important to what this store needs to be.

WWD: Obviously, it’s an extremely challenging time in department store retail. David Jones saw a 0.9 percent decline in full year sales in 2018, but sales rose 2.2 percent and same-store sales rose 2.7 percent in the second half — with same-store sales rising 3.7 percent in the first seven weeks of 2019. Do you think David Jones might have turned a corner?

D. T.: Retail is always tough and I think you can never rest on your laurels and I hope that we’ve seen the worst of it. But I don’t think we can expect that it’s going to get any easier. Our focus is on being better at what we do, so that we can really bunker down and be very focused on our customer and how we can attract new customers to our business.

WWD: There has been considerable turmoil within David Jones this year, with the abrupt departure of Woolworths regional ceo John Dixon in May and then the loss of 20 head office jobs around the same time, including the heads of fashion and beauty — a matter of months after they had all relocated from Sydney to the new headquarters in Melbourne, which seemed rather dramatic. Were those positions filled internally?

D.T.: Not that dramatic, not really. A reshuffle more than a restructure, essentially all of the appointments were internal. I’ve been in this role now for 13 months. The team that we’ve got now, we’ve got the team right and we’re looking forward to giving it our best shot for our customers.

D.T.: We’ve just re-platformed our entire digital business. We’re focusing not just on the web site, but customer relationship management software as well, which is part of that digital engagement. Our new platform is performing very well, we’re very happy with what’s happened there, but it’s created a very new interface for the brand. So that customers can come in and research the brands that we sell, research the product that we sell, understand the services that we offer to the customer and really driving that forward for the customer. We’re hoping that the customers continue to respond in the way that they’ve started to with the new functionality that’s being offered.

WWD: Once the transformation of Elizabeth Street is complete, David Jones will be closing the adjacent Market Street store. Woolworths Holdings Limited ceo Ian Moir has talked about a further 13 percent space reduction at David Jones by 2020 and yet the company is building a new store in Auckland at the new Westfield Newmarket, which will be your second New Zealand store, after opening in Wellington in 2016. How many other new stores are in the pipeline?

D.T.: Obviously Auckland is a key catchment for global retail. I think Auckland has been waiting a long time for a great department store, we’ll go out and open that store in November next year, so we’re excited about that one. That will be essentially designed by our design team. We’re working with a few different architects on specific parts of the store, but essentially it will be using key elements out of a few parts of our different network.

Outside of that we’ve got Sunshine Plaza  which opens in March, on the Sunshine Coast [in Queensland]. We don’t have a store within 100 kilometers [62.14 miles] of that store, so we think that’s a new catchment for us as well.