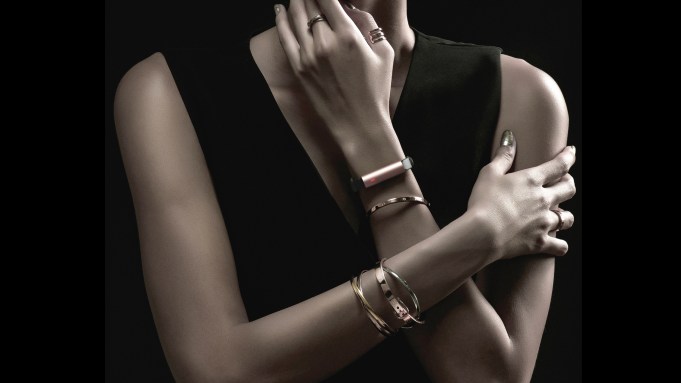 LAS VEGAS — By now, the concept of wearable technology isn’t totally foreign. That’s thanks, in part, to high-profile entrants like Apple Watch (a success?) and Google Glass (not so much). And then there’s the upcoming theme of this year’s Metropolitan Museum of Art Costume Institute exhibition, “Manus x Machina: Fashion in an Age of Technology,” which is set to explore handmade and machine-made fashion.

Fittingly, at this year’s CES, two divergent themes emerged from the category of wearable technology: There were the functional “wearables” and their more fashion-forward comrades — some prefer to call them “fashtech.”

In other words, although there is considerable overlap, tech-powered clothing and accessories trended toward either gadgets that perform a function (often tracking or notifications) or those that were designed to experiment with form (think LED lights or 3-D printing).

“We like to call it ‘wearable art’ or, given the inherent one-of-a-kind aspects, ‘tech couture,’” said Kenzie Housego of Phi Illuminated, who, with Stacey Morgan and Sophie Amin, presented a dress created with animated LED lights and reflective pieces. The purpose, the designers said, was simply experimenting with design and what could be created.

Other examples of 3-D printing came in the form of, for example, wedge heels from Frances Bitonti, running shoe soles from New Balance and printed studs on mesh using a Cube machine.

Designer Nick Verreos, who appeared on “Project Runway” and referenced the show’s recent episode that used 3-D printing, compared flashy tech-enabled designs to putting a “fuchsia dress in the window” of a store even when the customer comes in to buy a black shift dress. In other words, “out-there” designs attract attention to the concept of what is possible in wearable technology and help to remove the lingering potential skepticism of technology infused into fashion. At CES, Verreos hosted a fashion show that displayed a number of tech-enabled designs at the conference.

Still, most of the fashtech offerings at the show represented products that were created primarily with functionality in mind — often an updated version of fitness tracking, which was a strong theme at last year’s CES. The updates came in the form of design — more diversity, more fashion-forward options — and in the location of the technology.

Many products moved away from the wrist and onto, for example, the chest, the shoe, the sock, the belt, the shirt and even to the underwear.

Billie Whitehouse of Wearable Experiments launched yoga tights that are equipped with wireless sensors that detect movement and offer coaching through an app; think of it like pants with a built-in yoga coach. She worked with Sri Lanka’s MAS Holdings on the project.

MAS also worked on the OMSignal sports bra, which debuted here and is being touted as the world’s first smart bra. Like OMSignal shirts (some of which were created in partnership with Ralph Lauren), the sports bra detects a range of biometrics that can improve the wearer’s fitness performance. Ultimately, said cofounder Stephane Marceau, the technology can be added into any bra, fitness or otherwise.

Other notable departures from wristwear included running shoes from Under Armour that track performance without requiring a phone; smart socks from Sensoria Fitness, and a fitness-tracking necklace from Swarovski.

Outside of fitness, there was travel clothing from Scottevest that stores items as large as laptops; belts for men from Belty and Wisewear that give the wearer a range of notifications; comfortable high heels from Thesis Couture; a meditation headband from InteraXon called Muse; Thinx underwear for menstruating women, and Here Active Listening ear buds from Doppler Labs that can manipulate and enhance the wearer’s hearing.

To be sure, wristwear (smartwatches, smart bracelets and fitness trackers) enjoyed a number of upgrades. Fitbit debuted a smart fitness watch with interchangeable watch faces. Fossil unveiled plans to introduce more than 100 connected devices (some smartwatches, some analogue watches that have fitness tracking capabilities and some bracelets that aren’t watches at all). Sma Watch showed a design that uses a SIM card and thus can be used as a phone independent of another device. Wisewear showed a line of luxury smart bracelets modeled by Iris Apfel. At $395, they are scheduled to be available in stores including Neiman Marcus and Bloomingdale’s this month.

Although a challenge in the industry has been “convincing” consumers to adopt wearable tech devices, it’s not about convincing people to use them, said Jeanette Duffy, who is deputy director of Cause Platforms with UNICEF Ventures. A change in behavior happens, Duffy said, with motivation.

Garten agreed. “The best motivator is when there is a change in your own life. It’s very addictive.”

However, Garten said, there are a several factors necessary for widespread adoption of new devices: They have to work seamlessly, have a significant relevance to a customer’s life, and a cultural relevance as well. In addition, Garten and other experts said during panels devoted to the topic, that wearables need to be affordable and accessible via common distribution channels.

In 2016 and beyond, predicted Mighty Cast ceo Adam Adelman, wearable tech will offer more options for customization and personalization. Overall, experts at CES seemed to agree that wearables are not a trend. Instead, Garten said, “They are the future of computing. In a decade, all tech will be wearable, period. We just have to get there.”

And another shift? Consumers usually won’t have to buy new designs every season; they might simply have to update their software.