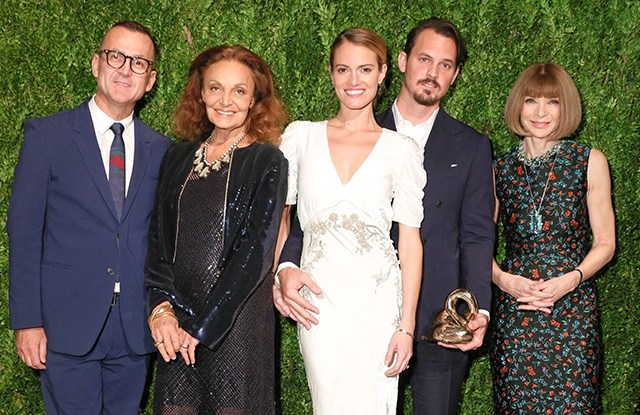 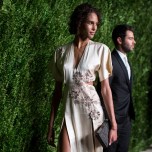 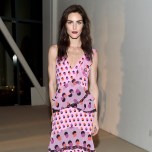 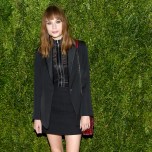 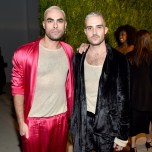 Per tradition, guests at the 13th annual CFDA/Vogue Fashion Fund dinner held Nov. 7 at Spring Studios were served Anna Wintour’s signature dish, this time branded with the word “vote” across the crust and stuck with a toothpick flag with the Stars and Stripes on one side and Hillary Clinton’s arrow logo on the other. It was a tasteful — nyuck, nyuck — yet direct way to acknowledge the fact that, as the evening’s keynote speaker Michael Kors put it in his speech, “That we’re all, quite frankly, a bit preoccupied with tomorrow’s election, so let’s use tonight to take a break from all of this insanity.”

If scheduling the CFDA and Vogue’s annual election of new talent to support on the eve of what has been the country’s most historic and contentious election ever seemed a bit tone deaf, it was also tradition. The CFDA/VFF typically falls on the first Monday in November. Despite their very public support and fund-raising for Clinton, Wintour, Diane von Furstenberg and basically everyone involved in the event didn’t dwell on the election or turn the night into a rally. The official commentary was for the most part devoted to fashion and the competition’s winners: Husband and wife duo Laura Vassar Brock and Kristopher Brock of Brock Collection took the top prize of $400,000 and a year of mentorship. Adam Selman and Stirling Barrett of Krewe du Optic were the two runners-up, collecting $150,000 each.

“Did I sound OK? I was blacked out,” said Barrett after accepting his runner-up trophy for Krewe, the eyewear company he started three years ago out of his hometown of New Orleans. A key part of his mission with Krewe, named for the groups or crews that participate in Mardi Gras, is to “do something from somewhere that no one would expect,” proving that good fashion doesn’t have to come from one of the fashion capitals. Fellow fashion outsider and eyewear guy Neil Blumenthal, cofounder of Warby Parker, seated to Barrett’s right, approved. “It’s nice to see eyewear get some love,” he said.

Selman gave shout-outs to his “community” of early supporters, who are slightly more high-profile than the average start-ups: his partner Mel Ottenberg, friend Amy Sedaris and frequent collaborator Rihanna, “who really supported me from the very beginning,” Selman said. The Brocks, who met at Parsons after Kristopher got off the wait list and into one of Laura’s classes, mostly thanked each other.

In her address, Wintour reminded the full group of finalists that they “are all winners.” Those who didn’t end up in the top three – including Beckett Fogg and Piotrek Panszczyk of Area; Chloe Gosselin; Morgane Curtis of Morgane Lane; Marjan and Maryam Malakpour of Newbark; Ji Oh; Joshua Cooper and Laurence Chandler of Rochambeau, and Chris Stamp of Stampd – had plenty of former Fashion Funders with whom to commiserate. Thom Browne, Joseph Altuzarra, Alexander Wang, Jack McCollough, Lazaro Hernandez, Eddie Borgo, Scott Studenberg, John Targon, Phillip Lim, Derek Lam, Jason Wu, Shane Gabier, Pamela Love, Misha Nonoo, Gigi Burris, Brett Heyman, Wes Gordon, Matthew, Alex and Samantha Orley, Prabal Gurung and Jonathan Simkhai — all of whom have been put through the Fashion Fund paces at some point — were present for the annual reunion.

The roundup of friendly industry folk always creates a clubby, insider atmosphere, but it couldn’t fully insulate the mood from presidential election anxiety, which inevitably came up during cocktail hour. “There’s a weird energy in here,” Zac Posen said. “I’m very anxious about tomorrow,” said von Furstenberg on her way out.

Cue Kors to lighten the mood. “Those of you who know me know that, yes, it’s true that I like to tell a story,” he said at the beginning of his address, teeing up 35-plus years’ worth of entertaining fashion lore. There was the time in 1978 he went to work at his sales job at Lothar’s on 57th Street in three pairs of leg warmers, skin-tight jeans and high heel boots and ended up on his first WWD cover, “but they cut off my head and ran me as a girl wearing the latest trend,” he said.

The time he presented Donna Karan with his portfolio of leather looks titled “Christopher Street Women.” The time Calvin Klein came into Lothar’s for a down jacket, and Kors had the bright idea to stuff Klein’s coat sleeves with his sketches. “I thought that this way when he tried them on, they would come kind of exploding out of the sleeves and Calvin was guaranteed to see my designs,” Kors said. “Immediately, he would say, ‘Oh my god, this boy! I’ve got to hire him!’”

And the time he was approached to do a reality television show based on fashion designers, otherwise called “Project Runway.” “I thought it would be off the air within a year,” he said. “Who’s going to watch this thing? Ten gay fashionistas and six guys who want to see Heidi Klum in a minidress.”

The moral of the stories was “You have to put yourself out there. It’s not about luck. You have to make your luck happen,” said Kors, concluding with a reality check not for the faint of heart. “If you think this is a job, you’re in the wrong industry. It’s not a job, it’s a life.”