Following two trunk shows that brought in $5 million each, Chanel’s growth hinges on designer Karl Lagerfeld and its strong advertising and marketing. 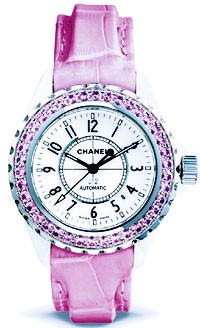 NEW YORK — The legacy of Coco Chanel often conjures up an image of elaborate tweed suits that skim the body, gloved hands, endless strands of pearls, camellia pins and, of course, a proper hat. But Karl Lagerfeld has always had something else in mind and now his reenergizing of Chanel is more evident than ever as young Americans flock to a venerable brand once reserved for blue-blooded, blue-haired doyennes.

Chanel-mania is sweeping the country. Bergdorf Goodman hosted a record-breaking $5.1 million trunk show in May. Several weeks later, Chanel bested that by raking in $5.5 million at a trunk show in its temporary space on 57th Street.

Other than spinning gold from the veritable tweeds that have marked Chanel’s signature trademark, what is it that is drawing women in to spend upwards of $3,000 on suits and dresses? The answer lies somewhere between Lagerfeld’s ability to infuse the legendary design house with freshness and the company’s knack for capitalizing on it.

“Chanel is clearly at that point where everyone is highly focused and is working together in a way that has created a terrific business,” said Arie Kopelman, president and chief operating officer of Chanel Inc., who is retiring in October. “It starts and ends with what’s on the hanger. You can assemble a bunch of great marketing talents, but they can’t do a damn thing if you don’t have the product.”

Asked to account for why Chanel is having such a strong renaissance, Lagerfeld responded: “Maybe the collections we showed were right for the moment.”

Meanwhile, the designer said he’s not surprised to hear that Chanel mania is reaching a raucous crescendo in the U.S.

“Chanel was always popular in America. When the French [abandoned] Chanel, America was the first to embrace that style.”

Kopelman, however, has a more ebullient attitude.

“There is a philosophy that we have created and buy into at Chanel and that is that we never, ever rest on our laurels,” he said. “Never get cocky, never take our business for granted. If anything, the more successful we are, the more incumbent we think it is to ratchet up the degree of aggressiveness because everyone is gunning for you when you are king of the hill. To stay on top takes a different level of aggressiveness.”

To that end, the company takes a multipronged approach to growing its already burgeoning business, which has estimated sales of $2.2 billion a year worldwide. This fall, the company will unveil an advertising campaign for its signature fragrance, Chanel No. 5, featuring Nicole Kidman. The commercial and print ads are a collaboration between Lagerfeld and “Moulin Rouge” director Baz Luhrmann.

“I think Nicole Kidman is anybody’s ideal candidate to do this; there’s elegance in everything that she stands for. By definition, when she wears the clothes, she brings a whole other quality to the brand,” said Kopelman.

Elaborate advertising concepts aside, the company has cashed in on its recent popularity by adding more products. For example, the Ligne Cambon handbag line, which launched in spring, has been extremely successful, according to Barbara Cirkva, executive vice president at Chanel.

“The handbag business had already been growing substantially over the last two years,” said Cirkva. “And some people could have said that we didn’t really need another big launch, business was already on a roll. Now, we’ve taken market share in because it hasn’t cannibalized any of the existing categories of leather goods. It has been a whole add-on to that business.

“It’s about being aggressive and being smart. We said, ‘OK, we own the quilted leather handbag business. What else can we do with it that we haven’t done so far?’ So we made it more modern, more utilitarian, more everyday rather than just a special occasion bag, and we’ve built an entirely new business on it.”

There are now waiting lists worldwide for the bag, which the likes of Uma Thurman, Madonna and Kylie Minogue have all been photographed sporting and the ads for which feature Vanessa Paradis.

The J 12 watch, which begins retailing at $1,950, has also inspired a craze with extensive waiting lists. According to Kopelman and Cirkva, the company’s business is doing well across the board in the U.S., but it’s being led by ready-to-wear, handbags and costume jewelry. Overall, Chanel has seen its business increase by 35 percent in America up to June compared with the same period in 2003.

“We’ve been extremely aggressive with advertising, promotion, press, new product promotion,” said Kopelman. “Go right down the list of everything a company can do. I think it’s fair to say that we leave no stone unturned in trying to be the most innovative and aggressive company in each of our respective businesses.”

Chanel is riding a wave as the luxury sector experiences a boom — according to Altagamma, the Italian luxury goods association, the sector has been thriving in the first five months of 2004, registering a 27.7 percent increase in the U.S. alone. At an Altagamma roundtable last month, Jim Gold, the new president and chief executive officer of Bergdorf Goodman, noted how the top 1 percent of the American population controls 35 percent of the country’s net worth and how the “wealthy are becoming incredibly wealthier.” Gold said Bergdorf’s reported a “very strong double-digit growth” in the first five months of the year.

Clearly, Chanel’s tactics are making a significant impact at the retail level. The record-breaking trunk shows illustrate a consumer demand for the brand that has reached frenzied levels. Retailers like Bergdorf’s and Bloomingdale’s are doing blockbuster business with Chanel this year and largely attribute it to Lagerfeld’s design talents and the timelessness and legacy of the brand.

“The early shipments on fall immediately started to sell,” said Kal Ruttenstein, senior vice president and fashion director at Bloomingdale’s. “Many of the styles sold out and we reordered. But even the performance this spring has been totally over the top, beginning with that trench with the tweed binding — that was gone in four days.”

Ruttenstein also pointed to the comfort factor associated with Chanel pieces, such as jackets that fit like sweaters with high armholes and lack the stiffness associated with the old-fashioned kind. The Bloomingdale’s trunk show, which took place last month, garnered 50 percent more business than the same one the previous year. Bestsellers were tweed jackets in a myriad of colors and styles.

“The consumer really feels when they buy a piece of Chanel it’s something they’re going to have for a long time,” said Robert Burke, vice president and senior fashion director at Bergdorf’s. “We’re in a time period, and we have been for the last two years, where people are highly sensitive to looking like fashion victims. And there’s a great deal of reassurance when you buy a piece of Chanel that you’re buying something that is timeless and with understated good taste.”

Yet with retailers in such close proximity to the Chanel boutiques, especially in cities like New York, the question arises as to how much of the company’s retail business wholesaling eats into?

“If we didn’t have any retail partners, I think that our business would be larger at the boutiques,” admitted Kopelman. “On the other hand, how big is big? There is exposure with being in these specialty stores that clearly broadens our base.”

Conversely, the company claims its boutiques have more to offer shoppers in terms of the expanse of their collections. However, Cirkva concedes some shoppers may be intimidated by the Chanel boutiques and feel a certain commitment to make a purchase, whereas department and specialty stores offer consumers a certain anonymity and the option of looking at other designer offerings in one retail space before perhaps settling on a Chanel purchase.

Yet a driving force behind Chanel’s recent resurgence is its appeal to a younger consumer, which Lagerfeld has managed with a certain elan and, more importantly, without alienating his older customers. Starlets and requisite “It” girls are turning up at events and bopping around town wearing everything from Chanel jackets to quilted bags. Mischa Barton, Sofia Coppola, Kirsten Dunst, Maggie Gyllenhaal, Amanda Peet and, most recently, Wimbledon champ Maria Sharapova, have been photographed by paparazzi in Chanel, while younger socialites like Helen Schifter, Tory Burch and Tiffany Dubin count the label among their wardrobe staples.

Schifter, who bought Chanel suits when she was a magazine editor in the Eighties, now opts for cocktail and evening dresses along with Chanel’s ski offerings.

“My lifestyle has changed. I’m a mom now, so during the day I tend to wear Gap,” explained Schifter. “When I buy Chanel now, it’s more cocktail or evening…It’s almost like when I was young I bought Chanel in an older way, and now that I’m more grown-up, I buy it in a younger way.”

Chanel’s widespread popularity, however, has led to widespread knockoffs.

And as the house looks have picked up momentum, so have the copycats. Fashion companies of all stripes have looked to create their own “homage” to Chanel, resulting in luxe versions running the gamut from Oscar de la Renta to Marc Jacobs and others from fast-fashion chains like Zara. The new fashion uniform for the chic set — or those who aspire to it — has become a Chanel jacket paired with jeans and stilettoes.

“I view it as a flattering challenge,” Lagerfeld said of the widespread proliferation of Chanel knockoffs and interpretations at all levels of the market. “I must say I’m sad for the other [designers] because I work at Chanel. They work at other labels and maybe they should invent something for that.”

Indeed, the Chanel juggernaut under Lagerfeld’s guidance shows no sign of slowing. Wholesale bookings for the cruise collection he unveiled in May on a riverboat in Paris — based on crested blazers and clever takes on tennis style — increased 30 percent compared with last season.

While characterizing knockoffs as a real problem, from the designer ranks on down, Lagerfeld is tickled nonetheless. He even lensed a recent editorial layout in French Vogue mixing his designs with “Chanel-like” looks from Oscar de la Renta, Versace, Paul Smith, Rochas and Moschino. “Have a look at Daria,” he said, referring to the Canadian model Daria Werbowy featured in the layout. “It’s so very chic.”

And even though Lagerfeld will design a line for H&M this fall, a precious nod to his mass-market copiers, retailers remain confident about his impact as a designer and revolutionary. “Karl always manages to stay one step ahead,” said Ruttenstein. “The Zaras and H&Ms of the world can do their versions, but a lot of our customers still want the real thing.”

“He always leads, whether you like his designs or not,” said Burke. “He’s not going back or repeating himself and there’s something to be said for that. There’s a certain allure that Chanel has always had, but has gained more in the last few seasons.”

But the copies are unlikely to slow Chanel’s renewed vigor. Copiers, counterfeiters and fakes have existed for years. And as the legendary Coco Chanel herself once said, “If there is no copying, how are you going to have fashion?”

— With contributions from Miles Socha, Paris