“Dans Les Coulisses de Chanel” shines the spotlight on the myriad of people working at the fashion house, including interviews with Virginie Viard and the late Karl Lagerfeld.

PARIS — Casting directors, milliners, weavers, models, even Karl Lagerfeld himself — they are all in “Dans Les Coulisses de Chanel,” or “Backstage at Chanel” in English, an illustrated book shining the spotlight on the myriad people working at the French fashion house.

The book is dedicated to Lagerfeld, who passed away on the day it was sent to the printers, and opens with an interview of the former creative director of Chanel complete with a portrait by Delhomme showing the designer revealing his phone wallpaper, a photo of his cat Choupette.

“I draw everything myself,” Lagerfeld told Cénac. “I enjoy the artisanal side of it. Having a studio with 20 people using computers does not interest me. I always have a notepad near my pillow to write down my ideas, so as not to forget them, to remember them.…On one side, Choupette; on the other, the notepad.” 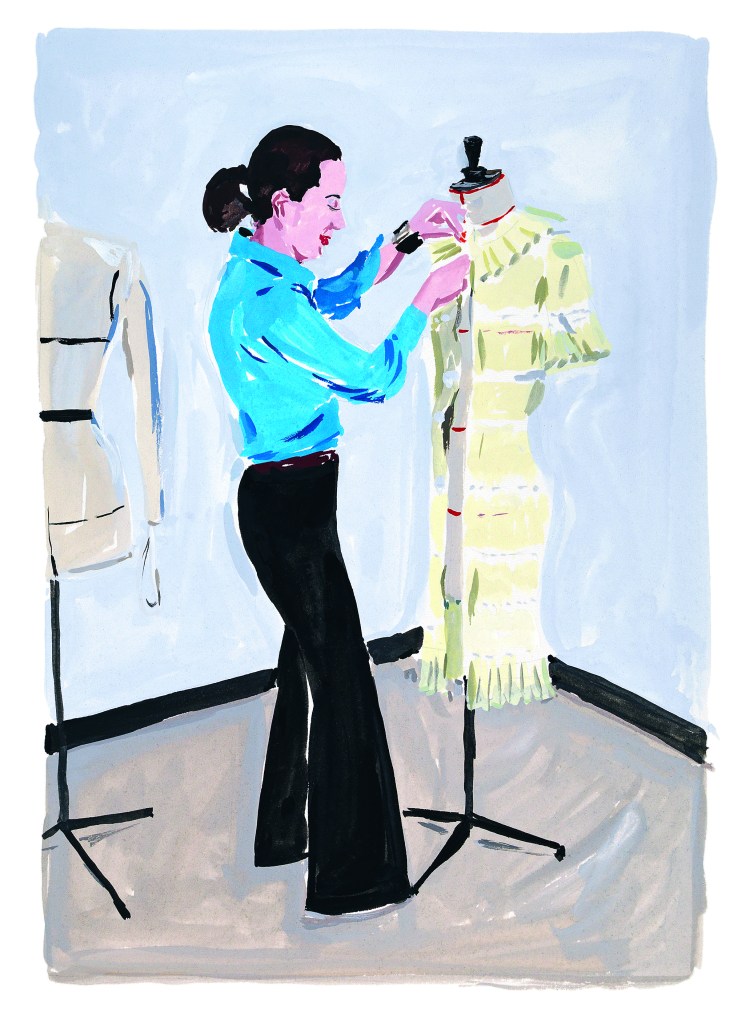 Some of its most moving pages are those depicting the huge number of people working toward the creation of a Chanel collection.

Delhomme’s colorful sketches leap from a portrait of Flore Vladaj, who has been première d’atelier at Chanel for 27 years and is described looking like a “classical ballet teacher, jet black hair pulled back, head carried high,” to casting director Aurélie Duclos, responsible for scouting the 82 models in the Chanel spring 2019 show who sauntered barefoot down the runway, which was turned into a beach for the occasion, holding their shoes in their hands.

A two-page spread shows seamstresses finishing the parasol-printed crêpe de Chine bustier dresses from the collection, with close-up sketches of their hands hard at work. 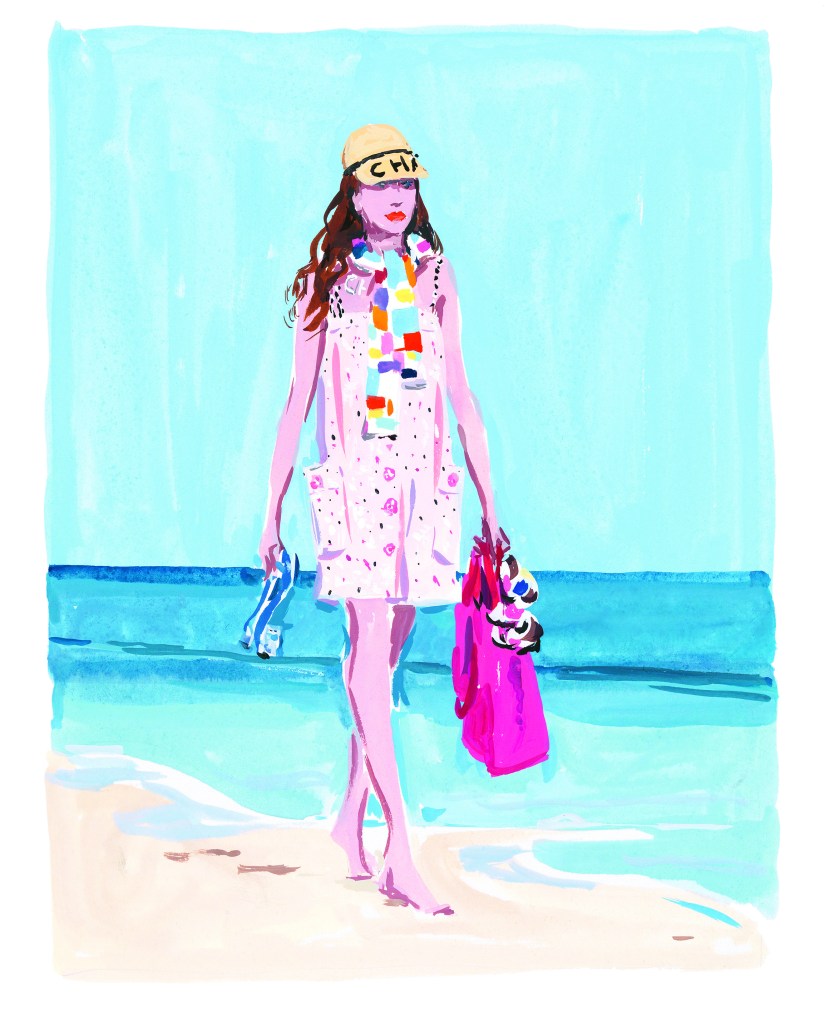 A drawing of the Chanel spring 2019 show.  Jean-Philippe Delhomme

The authors traveled to the Parisian suburb of Pantin to meet with some of the Chanel Métiers d’Art houses. Illustrations show Lemarié art director Christelle Kocher alongside the artisans working at the feather specialist, as well as embroiderers at the Lesage atelier, presided over by Hubert Barrère.

They also stop at the Barrie ateliers in Hawick, Scotland, as well as various leather tanneries around France to meet the Chanel artisans striving to meet the maison’s criteria of excellence.

Closing the book is a stunning illustrated rendition of the Chanel Métiers d’Art 2019 show presented in December: golden, jewel-heavy Cleopatra-like silhouettes set on the dark backdrop of the Temple of Dendur at the Metropolitan Museum of Art in New York. 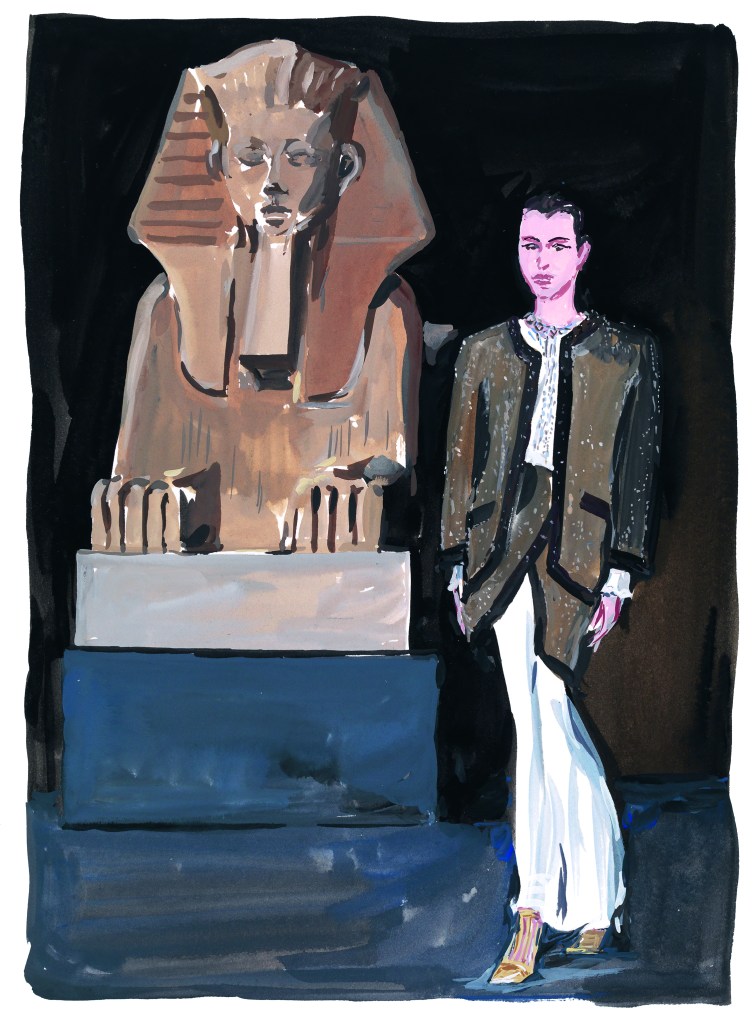 A drawing from the Chanel Métiers d’Arts 2019 show at the Met.  Dominique