It was a big night in Havana when Chanel staged its cruise show. But is Cuba ready for the fashion world? 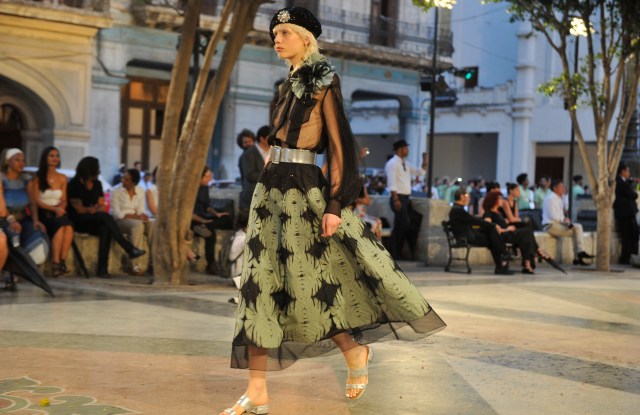 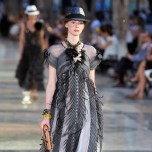 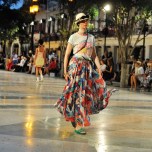 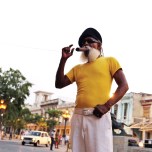 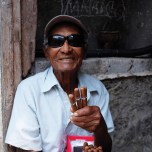 This story first appeared in the May 11, 2016 issue of WWD. Subscribe Today.

Yet the German designer, in town to stage his Coco Cuba cruise collection for Chanel, is smitten with the place, its decay as endearing as its lively streetscapes, sultry music and smiling populace. He poured his love of Cuban culture and Latin sounds into the collection, which paid tribute to the neatly pleated guayaberas that men wear, and whose colors — from muted to vivid — echoed the crumbling colonial edifices and the Fifties cars with their jelly-bean paint jobs.

More than any other Chanel show in recent memory, this one felt historic. That young members of the Castro family attended the May 3 open-air event, which also coincided with the first American cruise ship to dock in Cuba in decades, suggested how quickly the isolated communist nation is opening up to the world — and how prescient Lagerfeld’s inspirations can be. “Suddenly Cuba is the most talked-about thing in the world, and we’re the first with fashion,” the designer says.

The contrast between Chanel’s mighty means — flying in 100 staffers and 600 guests, not to mention dozens of top models — and the subsistence living of ordinary Cubans was stark. And yet the cruise-show spectacle was greeted largely with enthusiasm, telegraphing the universal allure of fashion and a country on the verge of dramatic changes. Locals stood along the roadsides to wave at the convoy of retro convertibles ferrying editors, clients and VIPs from luxury hotels to El Paseo del Prado, a broad boulevard with a canopy of trees that functioned as a dramatic open-air runway.

Cubans also crowded onto the balconies and rooftops of the handsome buildings lining the avenue to take in the spectacle, shouting and cheering at the arrival of movie stars such as Vin Diesel (whose eighth installment of “Fast & Furious” is filming here), Tilda Swinton and Gaspard Ulliel. They swayed to the soundtrack’s beat, applauding as models shimmied out for the finale, trailed by a band drumming furiously.

For Cubans, couture’s allure is undeniable. But fashion remains a nascent, even obscure concept, where choices for consumers are few, and barriers to doing business are formidable. In fact, budding Havana designers have a lot in common with the drivers of Fifties American cars for hire that are so ubiquitous here, driven by scarcity to an extreme form of resourcefulness to keep them running. A vintage Plymouth may have a Hyundai steering wheel and a Skoda engine.

“We cannot import materials so we do what we can with the resources here in Cuba,” says Idania del Río, who shares creative director duties with Leire Fernández at their design shop Clandestina, which sells repurposed vintage clothes and statement T-shirts, the latter smuggled in suitcases. The cheerful store also serves as a platform for talents like Mayelin Guevara, a self-taught jewelry designer, and Mady Letamendi Zulueta, who makes leather goods patched from remnants.

Sipping tea around a table, the four women discuss what it takes to work in a country still strangled by ideological and regulatory constraints. Guevara says she can procure sterling silver on the black market, but must ask frequent-flier friends to bring her cord, chains and other essential components difficult to source locally. She keeps an eye on the garbage for interesting raw materials like Formica, or plastic children’s toys, which she transforms into funky rings, pendants and brooches. Then there’s the prickly problem of finding clients without advertising, internet or social media, for decent web connections are almost as rare as bead shops. While word of mouth works, Guevara once faced the threat of arrest for selling from her home without authorization.

“It’s complex for an artist to have a store,” notes Fernández. “The state is not yet interested in fashion.” Del Rio says the current Communist context does not yet allow artists a legal framework, access to a bank account or investors. Artisans and manufacturers are largely estranged from designers, she adds. Many designers and creative people end up costuming theatrical productions or videos, feeding off the global renown of — and interest in — Cuban sounds. “Music is a key reference. It’s one of the only things that works here,” Fernández says (rum, cigars and coffee are among the others).

What needs to change for a fashion industry, and for fashion designers, to flourish in Cuba? Zulueta reels off better access to tools, more raw materials, more clients, more information and more channels of distribution — not to mention access to outside experts and capital…and those are just a few items on her wish list. Eyeing a reporter’s notebook, Guevara says, “You should have brought a bigger one.”

And yet young Cubans gravitate toward the design fields, as well as modeling and acting. Local casting agent Libia Batista, who selected all the extras for the Diesel film (plus ushers and a few models for the Chanel show) represents some 600 men and women. While there is no local-industry advertising in Cuba, no fashion magazines and only a few local trade fairs and runway presentations, models can find plenty of work in music videos and advertising for consumer product firms from Canada, Spain, Japan, France and Scandinavia — and, now, the U.S.

Batista says companies are attracted to Cuba’s diverse ethnicities, beautiful backdrops — and the low cost of doing shoots. H&M recently wrapped a campaign related to the Rio Olympics, and several of her models appear in ads for the rum brand Havana Club.

Does she think the Coco Cuba show might spark a revolution in fashion? Or at least some growth opportunities for the field? Smiling sweetly, the casting agent responds: “Hopefully.”