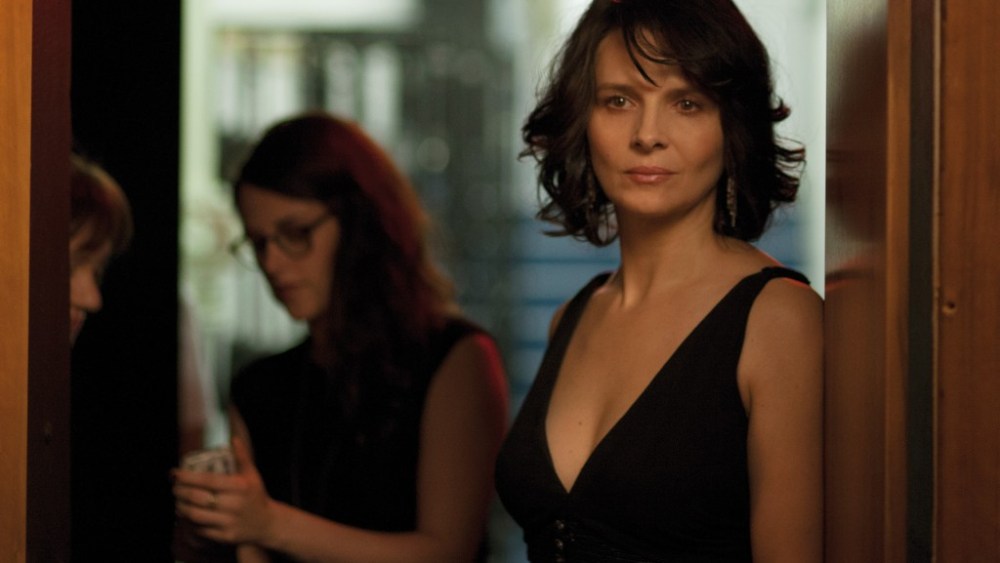 CANNES, France — Chanel is stepping behind the camera.

The fashion house has made its debut financing films with “Clouds of Sils Maria,” starring Juliette Binoche, Chloë Grace Moretz and Kristen Stewart, who can be seen in advertisements for Chanel’s Métiers d’Art Paris-Dallas collection.

Directed by Olivier Assayas, the film screens today at the Cannes Film festival, where it is one of 18 movies vying for the coveted Palme d’Or prize.

With echoes of Hollywood classic “All About Eve,” the story revolves around Maria Enders (Binoche), an actress at the height of her career, who is asked to perform in a revival of the play that made her famous 20 years earlier.

Whereas she originally played the role of Sigrid, a young girl who drives her boss Helena to suicide, she is now asked to step into the role of the older woman, facing off against Jo-Ann Ellis (Moretz), a starlet with a penchant for scandal.

Bruno Pavlovsky, president of fashion at Chanel, says the house not only supplied the actresses with clothes, jewelry, accessories and makeup, but also provided the budget allowing Assayas to fulfill his dream of shooting the movie on 35-mm film instead of digitally.

“Chanel has always had privileged relationships with a number of artists and these relationships, beyond providing them with the means to carry out their projects, have often resulted in direct patronage of these artists. I think the project with Olivier Assayas is a perfect example of that,” he said.

Assayas, whose mother is a stylist, said he has always been interested in fashion. Here, he used it as a kind of visual shorthand.

“I had only a few scenes in which to establish the main character of Marie Enders – an international actress – and her iconic status, including the extent of how that sometimes weighs on her. Linking her with a house like Chanel very early on in the story was an obvious shortcut. It speaks of a kind of glamor and exactitude that we identify with a French woman and her global influence,” he explained.

The movie also features a cameo by Chanel brand ambassador Caroline de Maigret, who plays a PR for the fashion house.

Chanel’s links with cinema date back to 1931, when movie mogul Sam Goldwyn invited founder Gabrielle Chanel to Hollywood. Her welcoming party at the Los Angeles train station included Greta Garbo, and Chanel would go on to design costumes for actresses such as Gloria Swanson.

The house has costumed actresses ranging from Jeanne Moreau in “Les Liaisons Dangereuses” to Cate Blanchett in “Blue Jasmine.” This year, it also has an exclusive agreement to outfit Cannes jury member Carole Bouquet, a former face of Chanel No. 5 perfume, for all her red carpet appearances at the festival.

Pavlosvky stressed that the brand’s collaborations were always borne out of natural affinity, as was the case with Assayas.

“They turned to us because there was that bond. So we didn’t start off saying we are going to finance it, because our contribution anyway is quite small. That wasn’t the point. But we helped to make it possible for the film to be released in the way they wanted it to be done,” he said.