It's the second Chanel "ephemeral" boutique in the U.S. 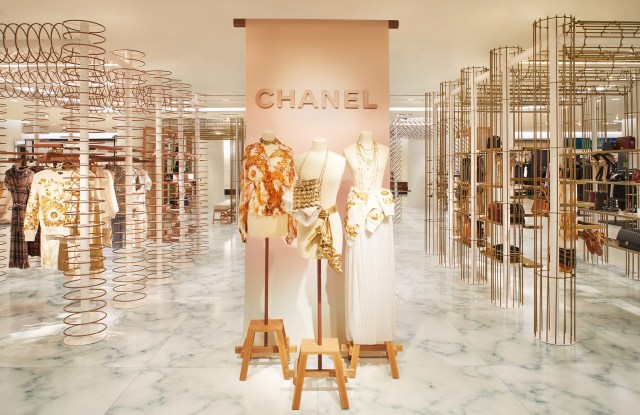 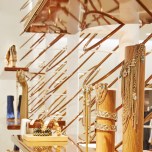 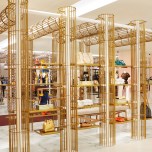 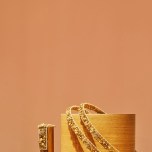 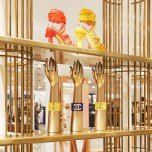 Pop-up stores are turning into a mini trend among the biggest luxury houses for the resort 2018 selling season. Valentino and Dior announced plans to open multiple thematic temporary stores outside of their own retail networks tied to their respective sport and tarot-inspired collections, and Chanel is staging its second U.S. pop-up store for its Grecian-influenced cruise lineup, choosing Nordstrom’s downtown Seattle flagship as the location. Just don’t call it a pop-up — in the vernacular of Chanel, it’s known as an “ephemeral boutique.”

Chanel x Nordstrom, as the ephemeral shop is called, runs Nov. 29 through Dec. 10, and is the second time the house has staged a U.S. temporary boutique, the first being in Aspen in 2014 for the Métiers d’Arts Paris-Dallas collection. Asked why the brand chose to partner with Nordstrom and specifically in Seattle, Joyce Green, Chanel’s executive vice president of fashion, said, “The cruise 2017-18 collection embodies a youthful, carefree and modern spirit, which we felt was perfectly suited to the Nordstrom Downtown Seattle client. Seattle, a lively and dynamic city, also inspired us for this project, driving us to develop an ephemeral boutique that would inspire and resonate with local clients, as well as visitors of this unique market. Additionally, Nordstrom has built a strong reputation for showcasing the creativity of designers in innovative ways, so opening an ephemeral boutique at this location felt like a perfect opportunity.”

To that end, Chanel worked closely with Olivia Kim, Nordstrom’s vice president of creative projects, who has scored major collaborative fashion coups for the department store during her tenure, such as a Nike lifestyle shop merchandised with other brands and a yearlong Hermès pop-up at the downtown Seattle flagship last year. “[Chanel] has really embraced all of the things that we’ve done here at Nordstrom, this continued type of partnership that we’re doing, whether it’s with Nike or Hermès or the Pop-Ins and Space,” said Kim. “They’ve really embraced the fact that we are trying to do things differently here.”

Chanel already has two permanent boutiques, both designed by Peter Marino, at Nordstrom Downtown Seattle, an accessories shop on the ground floor, and a fashion boutique on the second floor, where the Chanel x Nordstrom ephemeral shop is located across the floor. “Some of the youngest Chanel customers are the customers here in Seattle, and what we wanted to do was give them an experience that didn’t necessarily distract from what we already do with Chanel, but was almost like an addendum,” said Kim. “It was almost like ‘Hey, on this side is our curated, different way of looking at it,” than maybe Chanel’s typical customer would necessarily expect.” Chanel’s Paris team designed the ephemeral shop’s build-out, anchored by four columns constructed from metal wires in rose gold, copper, bronze and beige gold that separate the space into four distinct ready to wear, costume jewelry, shoes and handbag areas. The decor is meant to evoke the cruise show’s Grecian modern antiquity with linen scrims set throughout.

The merchandising is where Kim’s collaborative eye came in. “The creative collaboration really came from me being able to look at the entire cruise collection through my filter, and thinking about a younger, cooler customer,” she said.