Dua Lipa performs at the opening of Mademoiselle Privé in Shanghai.

The French house made a big splash here Thursday night to debut its traveling Mademoiselle Privé exhibition. Open for the next six weeks at the West Bund Art Center, the Shanghai edition figures as its largest ever, an emphatic nod to the importance of the Chinese market.

To coincide with the show’s arrival, the brand made a clean sweep on all the Chinese fashion magazines, with the brand’s clothes featuring on the covers of the local editions of Vogue, Elle, Harper’s Bazaar, Le Figaro, Marie Claire, Nylon, Grazia and Cosmopolitan this month.

“Welcome to Shanghai,” chirped Liu Wen while standing on-site in the exhibition’s cavernous hall. The model had just spent a studious hour-and-a-half discovering the three realms of Chanel haute couture, fragrance and jewelry — each display of which had been augmented with scannable QR codes.

Longtime Chanel muses Julianne Moore and Keira Knightley were also on the scene, both making their first visits to the country. The night before, Moore, who is in the midst of promoting her latest film “Gloria Bell,” had dined at Shanghai institution Jesse, while Knightley had made a beeline for xiao long bao and had spent the morning meandering around the Former French Concession.

Jewelry was decidedly Knightley’s favorite part of the exhibition. “I always feel like a magpie,” she said. “The lighting on the diamonds is so incredible and I hadn’t seen them all together like that. That knowledge that those pieces were jewelry designed in 1932 and they look so modern.” 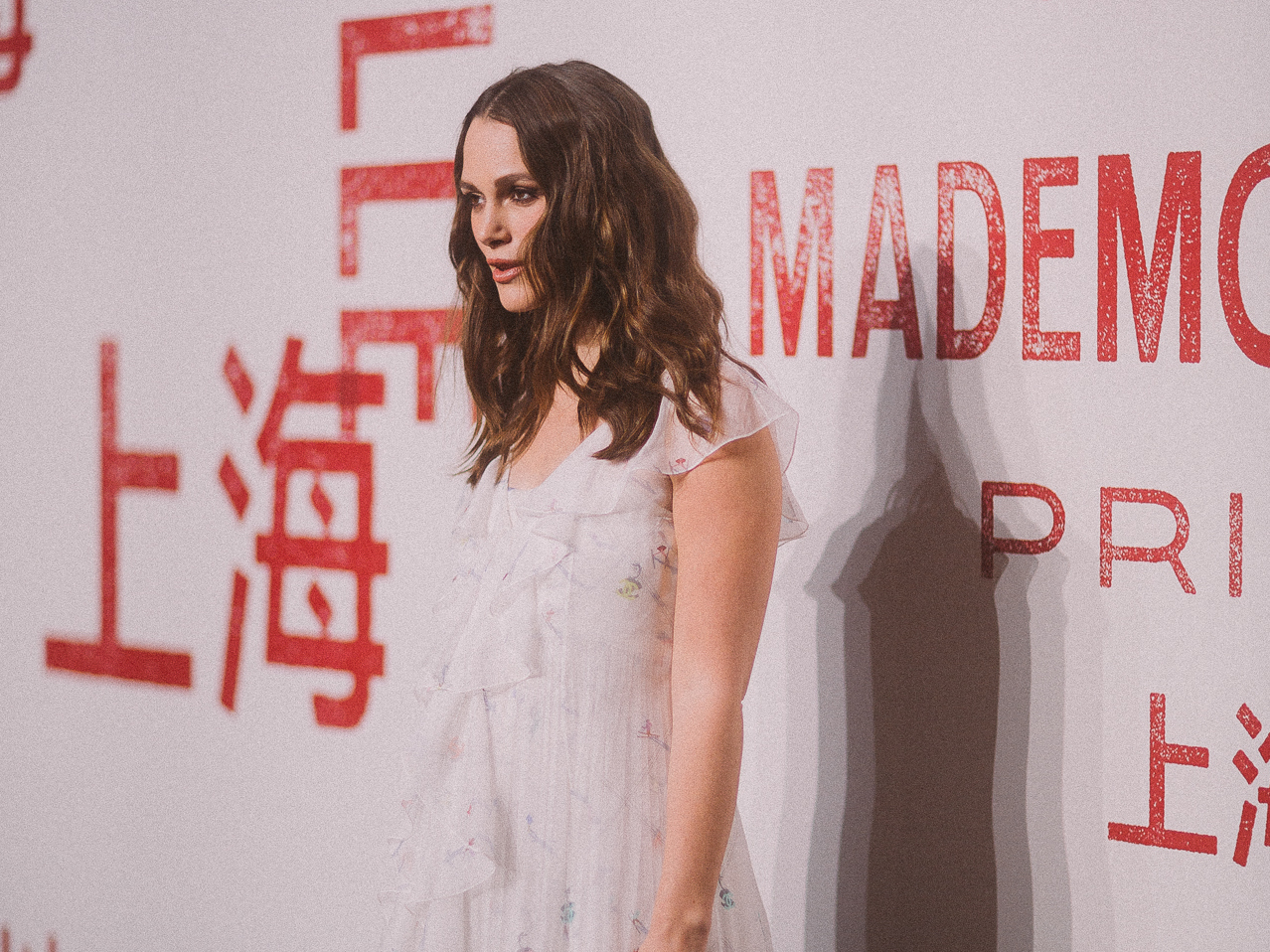 Knightley’s been a Chanel ambassador for over a decade, but since becoming a mother to a “glorious but quite loud three-year-old,” she said her style has pivoted to longer hemlines.

“In my day-to-day, short skirts no longer work if you’re trying to pick up a small person,” she said. In fact, the actress is expecting her second child later this year. “I was really happy that trend shifted anyway. I was like, actually this is really working quite well. I don’t show my knickers to the world.”

Moore, dressed in a pale blue tweed dress, shared her first memory of the late Karl Lagerfeld, dating back to the Nineties.

“I have so many. The very first lunch I had with him, I was nominated for my first Academy Award,” said Moore. The star had been anticipating a fashion-focused conversation but not once did the topic come up. “He was so well-read; he really liked to talk to people and get to know them.”

The designer’s sharp tongue and seemingly indefatigable appetite for work may be what Lagerfeld is most known for by the public, but Moore said she most appreciated a softer side of him.

“His warmth — he always asked about how you were personally, always remembered your husband, your children,” Moore said.

While not by any means a newcomer to the market, Chanel has been fairly measured in its development in China thus far. The country has 14 Chanel fashion boutiques, with two recently opened in the cities of Harbin and Xian, and seems to be spared any luxury slowdown anticipated for the wider sector. There are no plans to open any further stores this year in the country, but Chanel president of fashion Bruno Pavlovsky expects the brand to keep up the same pace, opening around one to two boutiques a year.

Its most productive stores are the expected first-tier cities of Beijing and Shanghai. “In terms of volume, in terms of traffic, no doubt,” said Pavlovsky. “But Chengdu is an amazing business. Every store is doing well.”

However, not even in the e-commerce heavy market that is China is Chanel ready to leap into the online-selling fray.

“We are online,” said Pavlovsky, insisting that with the extensive information and interactive features the brand offers digitally, the house is no Luddite. “Do we need to sell? We have double-digit growth everywhere. We have more and more customers coming to the boutique. They can see and touch and talk about the product. Chanel is not just a click [where] you don’t see the product, you cannot touch.

“Perhaps one day,” he said, “but it’s not the objective. It’s to keep the dream. Chanel is not about efficiency, it’s about the dream.” 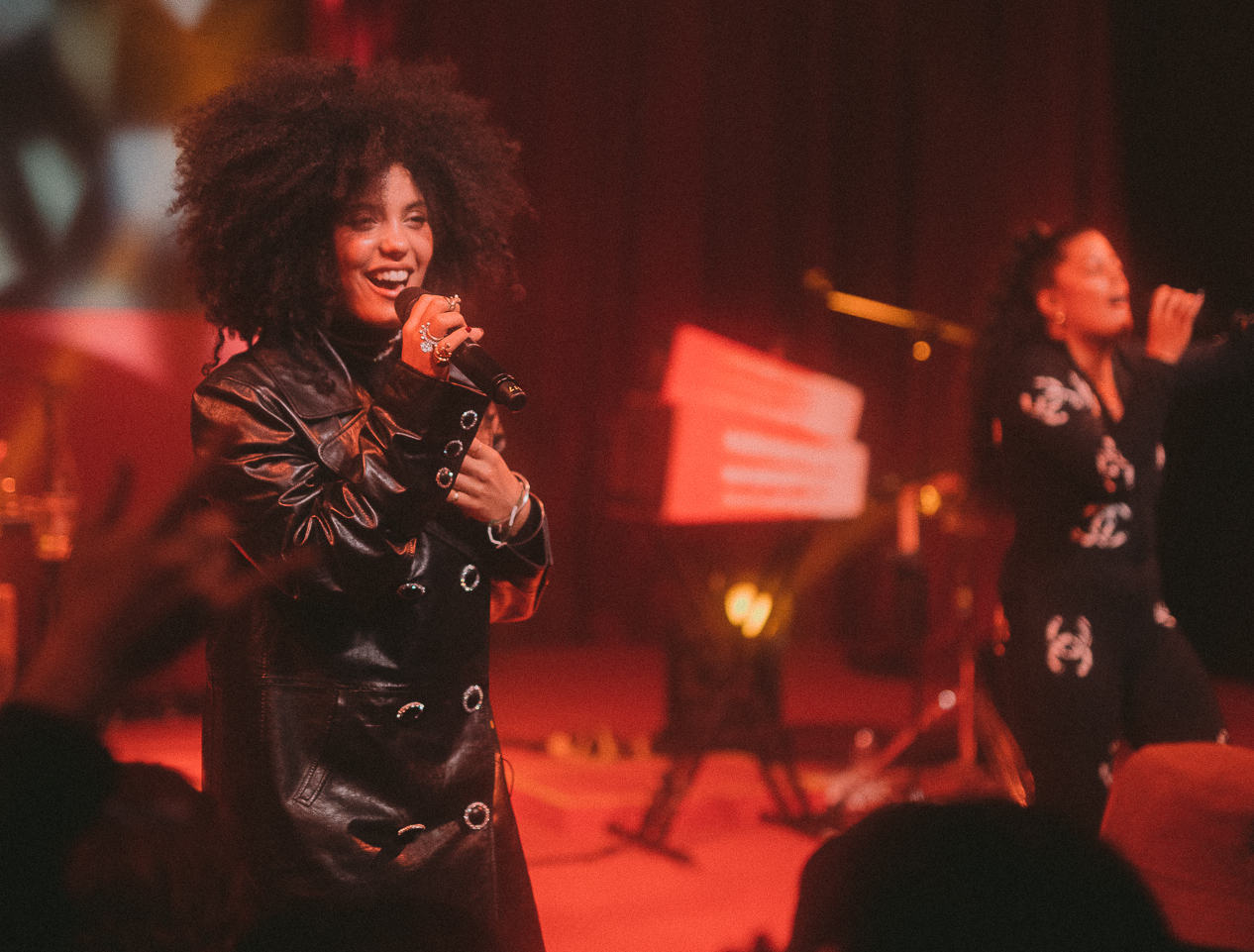 While the mood in Shanghai was celebratory, with guests later entertained in the evening by sister duo Ibeyi and pop star Dua Lipa, it was hard to ignore the tragedy that had befallen the cathedral of Notre-Dame in the brand’s home of Paris. Fashion’s biggest companies including Kering and LVMH Moët Hennessy Louis Vuitton had quickly flocked to pledge their donations and support to the repair efforts into the hundreds of millions.

While stopping short of pledging a dollar amount, Chanel, too, would be involved in its own way, Pavlovsky said.

“Chanel is about Paris. You cannot talk about Paris without the Notre-Dame. With our way of doing, we will be part of the reconstruction but it’s about métiers d’art. Chanel is not just about lending money,” he said. “I am sure we will find the right moment — our way to participate — but that will be about what we can bring to it. You need a lot of métiers d’art in this rebuilding of Notre-Dame. I am sure we will find very naturally our role to support.”