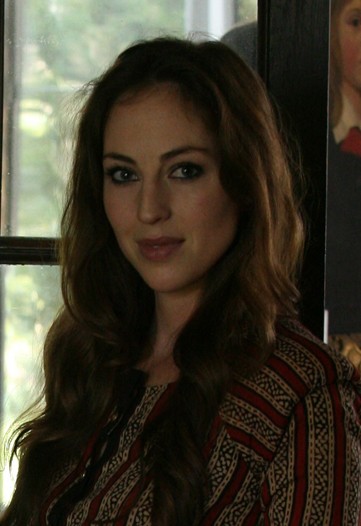 The newcomers making their New York debuts this Fashion Week have some unexpected backgrounds to draw upon, whether they’re reformed jocks or started out in the funeral services industry. Here, a dozen names to keep in mind this season.

When Lily Atherton’s sister, downtown artist Hope Atherton, did some digging in the attic, she stumbled across a custom-made Edwardian shirt that belonged to their great-uncle. Atherton and co-designer Matthew Earnest have reinvented it as a women’s blouse in ivory silk crepe for fall. That Edwardian influence permeates the 15-look lineup; another inspiration, Atherton’s love of horseback riding, can be seen in a cropped riding jacket. The line is an offshoot of a store, also called Sartel, the two opened in Dallas’ Highland Park neighborhood in 2008, where they also carry pieces from Erickson Beamon and V.O.D. Earnest describes the venture as “heavily informed by art and architecture, and by the idea of durable goods.”

Sells at: Their store in Dallas and Opening Ceremony.

“My heart always lies with really great tailored pieces,” says 28-year-old Daniel Vosovic. “I love a great pair of pants. And because I was raised in the Midwest where it’s always freezing, I love great outerwear.” Expect plenty of both in his debut collection of 16 looks. Vosovic was a serious gymnast but passed up scholarships from the Big Ten schools for la mode. He headed to FIT and, following that, “Project Runway,” for which he is best known. Since then, he has worked for the label Raven and published a coffee table book, “Fashion Inside Out.” Last season, he offered a small capsule collection on his Web site, and based on its success has expanded to a full collection for fall. “I really wanted to build a strong foundation so that I don’t have to scramble,” Vosovic explains.
Wholesale prices: $150 to $900
Sells at: This is his first full season, so no stores yet.

Next: The chicest morning after ever >>

Simkhai’s debut takes a page from the grungy morning-after look, with variations on the clothes his female friends used to nick from his closet after a night of partying. Or, as he says, “Stuff that girls wanna wear.” Among the 18 looks are silk-lined wool sweatpants, luxe thermals and, for the adventurous, shiny silk lamé boxers. Accessories designer Wu York is providing another boyish touch: bow ties that will be worn with the ensemble.
Wholesale prices: $55 to $60 for a long-sleeve T-shirt; $75 for long johns; $280 for a coat.
Sells at: This is his first full season, so no stores yet.

Next: The fashion equivalent of a Choose Your Own Adventure book >>

Designer: Kaelen Farncombe
Consider Kaelen Farncombe’s pieces the clothing equivalent of choose-your-own-adventure books. “You can sort of style them any way that you want,” she says. The Parsons grad favors what she calls “off-kilter silhouettes,” like an alpaca sweater with three layers cascading out in front, or a godet wrap dress that can be left open and worn as a vest. The lineup comes in a muted palette of navy, gray and dusty pink.
Wholesale prices: Tops start at $65; skirts will be $100 to $250. Special items such as leather pieces will wholesale between $300 and $400.
Sells at: This is her first season, so no stores yet.

Next: Body conscious with a consciousness >>

“Body-conscious” is a term that has come to evoke starlets poured into bandage dresses, but Samantha Liistro takes a different approach. After graduating from Parsons last year, she began sketching her tight (in both senses of the word) 11-look lineup that includes a black leather halterdress, a snug lambskin skirt with tulle panels and a white miniskirt with python accents. Most of the pieces are black, a color Liistro calls her “mental armor,” but there are touches of cream, red and deep green. Loro Piana, which sponsored her Parsons thesis, is providing some of the fabrics for the debut line as well.
Wholesale prices: From $175 for a sweater to $2,300 for a ponyhair coat.
Sells at: No stores yet.

Next: Clothes for the secretary you don’t want working for your husband>>

Designing caskets and funerary urns with Gregory Poe, a descendant of Edgar Allan Poe, isn’t a typical path into the fashion industry, but it’s just another item on Melanie Fraser Hart’s colorful résumé. In addition to the Poe gig, she also studied at the Royal Academy of Dramatic Arts and worked as a speechwriter for Vidal Sassoon. Calvert, meanwhile, followed a more direct route, having studied at Philadelphia University and the Accademia Italiana della Moda. Following stints at Balenciaga, Balmain, Rochas and Diane von Furstenberg, he started his own made-to-measure line in 1998. After being introduced by Poe’s brother, they resolved to collaborate on a contemporary line designed to suit a range of body types, with shapewear elements built into many of the garments. The 22 looks include shifts in menswear fabrics and a floor-grazing skirt with built-in shapewear. A covered-up, “Mad Men” inspiration dominates: As Calvert quips, these are clothes for the secretary you don’t want working for your husband.
Wholesale prices: $45 to $200.
Sells at: No stores yet.

Next: A Puerto Rican sister act >>

The Otero sisters have their roles clearly defined: Michelle studied art at the University of Puerto Rico, while Norein majored in business. After whipping up pieces for friends, they officially debuted their line in 2000. The name refers to the ever-changing path of the sun. For fall, the duo is showing 25 to 30 looks inspired by illustrations in the turn-of-the-century magazine “La Vie Parisienne.” They include dressy wool and velvet shorts and sequined cocktail dresses. “It’s very girly and ladylike, so that will be the focus,” Michelle explains.
Wholesale prices: From $65 for shorts to $600 for a gown.
Sells at: B Boutique in San Juan and private clients.

Next: From the field house to Bauhaus >>

The jocks and the fashion kids don’t tend to mix much, so one imagines Alex Casterano was constantly shuffling between cafeteria tables in high school. An Amherst lacrosse star (whose position was the terrifying-sounding “attackman”) he decamped to Parsons to study fashion and costume design and ended up working as a men’s wear designer at Yigal Azrouël and J. Crew. His debut line is his first experience with women’s wear, but, he says, “The tailored pieces come pretty naturally for me. If you design sportswear, most of the language comes from men’s wear.” The 15 Bauhaus-inspired looks come in a palette of navy, gray, red and white, and most feature prominent piping. Bustier cocktail dresses with daring cutouts and a virgin wool belted jacket with a quilted silk lining are some of the standouts.
Wholesale prices: $150 to $300 for tops; jackets $400 to $600, and $500 to $700 for a dress.
Sells at: This is his first season, so no stores yet.

Next: Another “Project Runway” alum returns to New York >>

Lorelei Lee sang about just being “a little girl from Little Rock,” but Momolu, who lives in the Arkansas capital, is hardly a shrinking violet. After appearing on “Project Runway” in 2008, she developed an accessories line exclusive to Dillard’s and will be showing her 26-look lineup at New York Fashion Week for the first time. She has a clear objective for her debut season: “not being Korto from ‘Project Runway.’” Instead, Momolu sees her presentation as an opportunity “to really show who I am as a designer.” The looks, which range from simple knit dresses to hand-beaded eveningwear, will be topped off with military-inspired hats.
Wholesale prices: $100 for simple knit dresses to $600 for hand-beaded pieces.
Sells at: Her accessories line sells at Dillard’s.

Robert Redford and Faye Dunaway are going to be at the Raoul presentation — their 2-D cinematic incarnations, that is. Designer Odile Benjamin will be screening clips of classic Seventies flicks — “Network,” “The Getaway” and “The Way We Were” — that served as influences this season. Benjamin calls the lineup “wearable, easy-to-understand clothes for today’s woman who is juggling 10 things at once.” The era’s ruffled and bow-necked power blouses are reincarnated in washed silk and silk georgette. Other looks include crew-neck leather tops and that Me Decade staple, the jumpsuit. Benjamin, who studied at the London School of Economics before founding the line in Singapore in 2002, will also present a collaboration she did with Tom Scott on a capsule knitwear line.
Wholesale prices: Cotton shirts are $30 to $50; silk tops start at $45 and go up to $90; day dresses range from $90 to $120.
Sells at: The brand’s 35 stores in Asia. Their accessories are also sold at Harrod’s in London and Tea Rose in Monza, Italy.

Next: How working for John Galliano is like joining a convent >>

Palomino likens her time as head of Galliano’s studio to being “a nun married to God.” Though it may have been a grind, all that consecration paid off. Palomino has also worked at Moschino Cheap & Chic and Roberto Cavalli, and is vice president of design at Diane von Furstenberg. A longtime fan of Twenties and Thirties kimonos (she had all the guests at her wedding wear them) she brought the era’s inspiration to 33 looks, such as a blush-colored suede gown with lace inserts and a feminine take on the puffer jacket.
Wholesale prices: Undecided as of press time.
Sells at: This is her first season, so no stores yet.

Next: A revolutionary new line from the former creative director of William Rast >>

Lindeberg has worked with her husband, Johan, at J. Lindeberg and William Rast (where the couple served as creative directors), and now she’s striking out on her own with a new line inspired by the student revolutions of 1968. Lindeberg explains: “During that time, fashion changed drastically, because the streets started to inspire the designers…in a revolutionary way.” But don’t expect socialist message T-shirts and red berets. The designer is focusing on simple, tomboyish pieces like tailored leather jackets and “the obvious legging, which I’m trying to take out of the obvious [context]” by turning it into a legging-cum-skirt.
Wholesale prices: At press time the prices were still being worked out, but Lindeberg says it will be a designer price point.
Sells at: This is her first season, so no stores yet.