STREET SIGNS: How This Italian Streetwear Brand Reached 5M Euros in Less Than a Year

Chiara Ferragni and Miley Cyrus are among the fans of streetwear brand Barrow's Gen Z-friendly fashion.

Looks from the Barrow spring 2021 collection:

Do you remember when Virgil Abloh controversially said that streetwear was dead? Not so fast, judging from the skyrocketing success of Barrow.

The Italian-based brand has managed to reach sales of 5 million euros in just eight months during the pandemic-scuppered 2020 and is on track to reach 10 million euros by the end of the year, health emergency notwithstanding.

One key ingredient that made the Barrow formula succeed is its Gen Z-friendly style of uncomplicated and colorful pieces which gained the attention of local and international celebrities including Miley Cyrus, J Balvin, Lil Nas X and Winnie Harlow, not to mention Italian rappers and celebrities such as Chiara Ferragni.

“Younger people won’t change the way the dress, it’s always going to be a blend of street and sportswear references. That is going to stay,” said Dario Daddato, the entrepreneur behind the brand.

Daddato is also chief executive officer of Daddato SpA, which specializes in the production and distribution of kid’s wear collections under license for the likes of MSGM, Alberta Ferretti and GCDS, among others.

“Barrow stems for our passion and is the result of long musings. It was in the pipeline for some years now. We wanted to establish a brand that was as close as possible to the younger generations, especially Gen Z,” Daddato said.

He conscripted YouTuber Federico Barengo, Valerio Coretti and Paolo Sarimari to lead the team as brand developers leveraging their fresh take on communication and marketing. Under their lead Barrow unveiled a capsule collection developed with Italian rap sensation Sfera Ebbasta, who embodies the customer base the streetwear brand is targeting: opinionated and and self-confident youth. 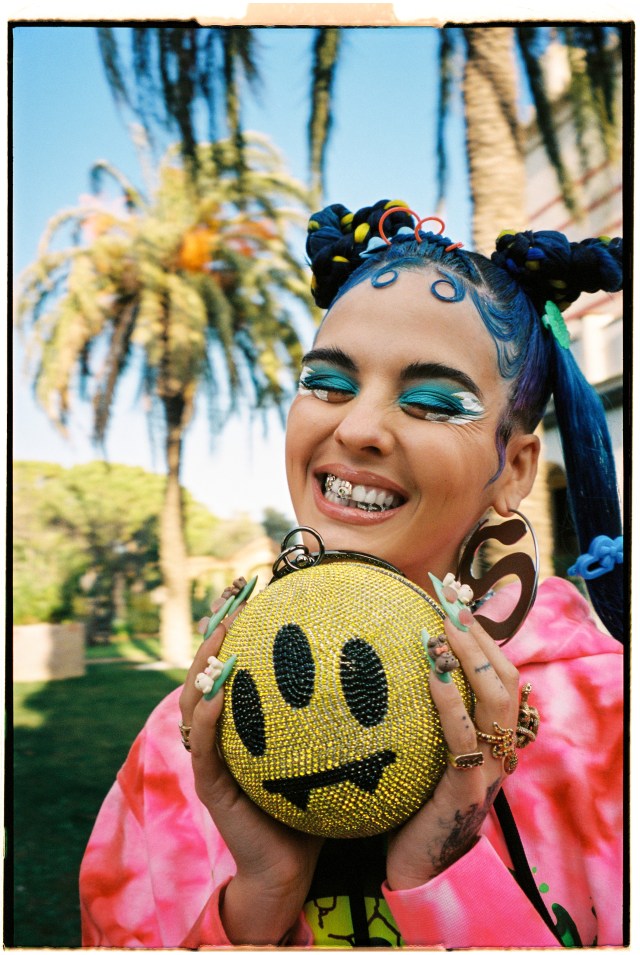 The recipe is well-orchestrated, a mix of colorful and neon-hued sweatshirts and T-shirts emblazoned with the brand’s logo, a sinister yet fun take on the smile emoji, plus a push on merch such as bucket hats, logoed socks (a knockoff of the Gucci canvas motif) and smartphone cases, all styled for look book imagery by DJ and model Sita Abellan.

Yet there is more. Barrow competes in the contemporary fashion league, with prices spanning from 24 euros for socks to 185 euros for hooded sweats, which ensured an 80 to 100 percent sell-through rate.

“We are still impressed by the success the brand achieved and didn’t expect it at all, we were just focused on working and delivering…and all of sudden we realized it was paying back,” said Daddato, who has plans to reach the 20-million-euro threshold in 2023.

Somewhat counterintuitively, while operating its own e-commerce, which in the first six months generated over 250,000 euros in sales, Barrow has been largely relying on wholesale distribution levering parent company Daddato SpA’s expertise. It currently counts 180 points of sales in Italy and has operated a Rinascente pop-up in Milan.

In order to make an international push, the brand is set to unveil a Milan showroom in June, with an ambitious focus to enter the U.S. and Asian markets directly.

“I think the brand is really in sync with the American aesthetics and fashion lexicon,” explained Daddato, noting the country’s pop and rap cultures are a source of inspiration.

As part of its expansion strategy in the U.S. Barrow is prepping new capsule collections codesigned with American personalities, and a deal with Farfetch is also in the pipeline although the e-tailer carries the brand via its retailers’ marketplace. 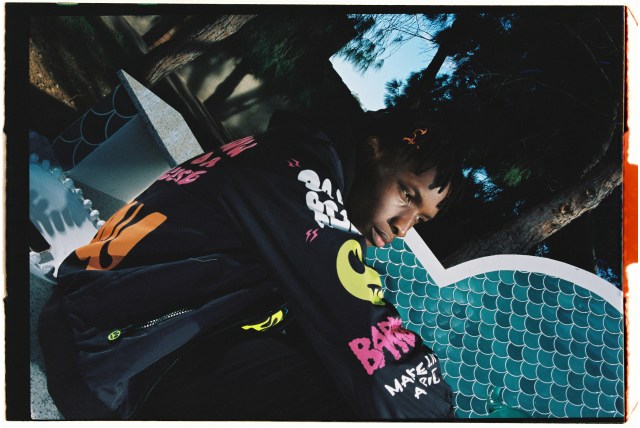 A look from the streetwear brand Barrow’s spring 2021 collection.  Courtesy of Barrow.

“We received great feedback from local and international artists and consumers alike,” said Daddato, noting several product placements on international celebrities such as Cyrus were organic. “This confirmed the brand’s appeal in the U.S.,” he offered.