Dubbed as China's own Super Bowl halftime show, luxury players battle to dress top celebrities at the most viewed event of the year. 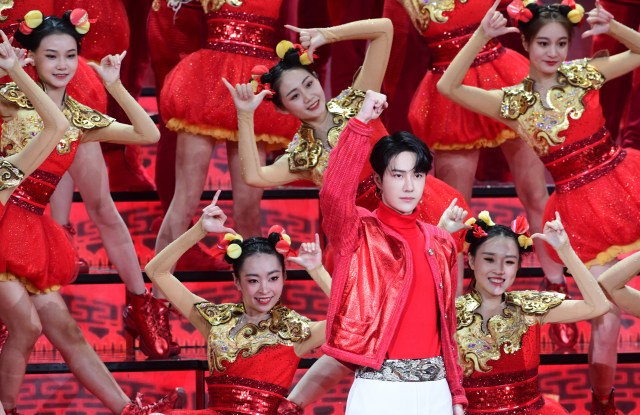 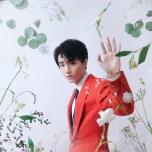 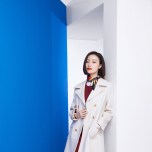 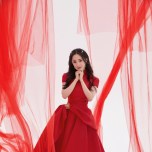 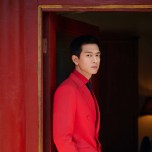 LONDON — While the rest of China was reuniting with their friends and family on Thursday to celebrate the arrival of the Year of the Ox, the local press teams of luxury houses were nervously praying the celebrities they dressed stood out among the sea of stars at the Spring Festival Gala, the country’s most watched annual televised event.

Hosted by China’s Central Television since 1983, the four-and-a-half-hour gala — featuring elaborate singing and dancing numbers, comedy sketches, Pekin operas and acrobatic and martial art performances — has been a highly valued stage to showcase seminal moments for luxury brand endorsements to hundreds of millions of viewers in China and beyond.

This year a sizable number of young performers with huge online followings joined the stage with local showbiz veterans like Li Guyi, Han Hong and Jackie Chan, generating huge online discussions around their performances and, more importantly, their personal style.

Red, a color that symbolizes luck, dominated the fashion choices as usual, with a dash of silver, gold, black, and rhinestones here and there. 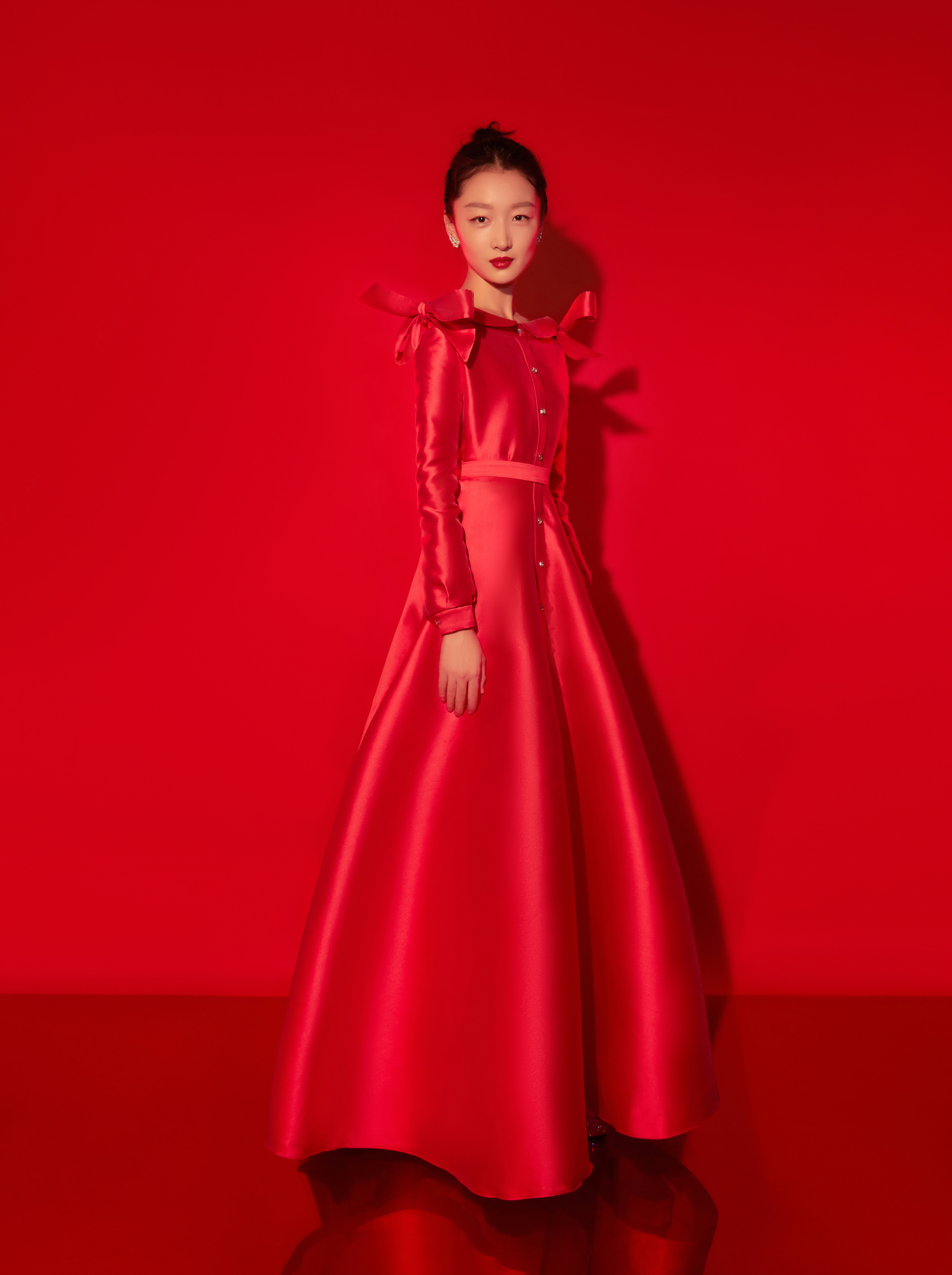 Hong Kong actor William Chan donned a red top from Barrie, a Chanel Coco Crush ring and J12 Watch for the warm-up, and a merlot Berluti suit for a group performance with actresses Nana Ouyang and Jiang Shuying, who both wore jewelry from Chaumet. 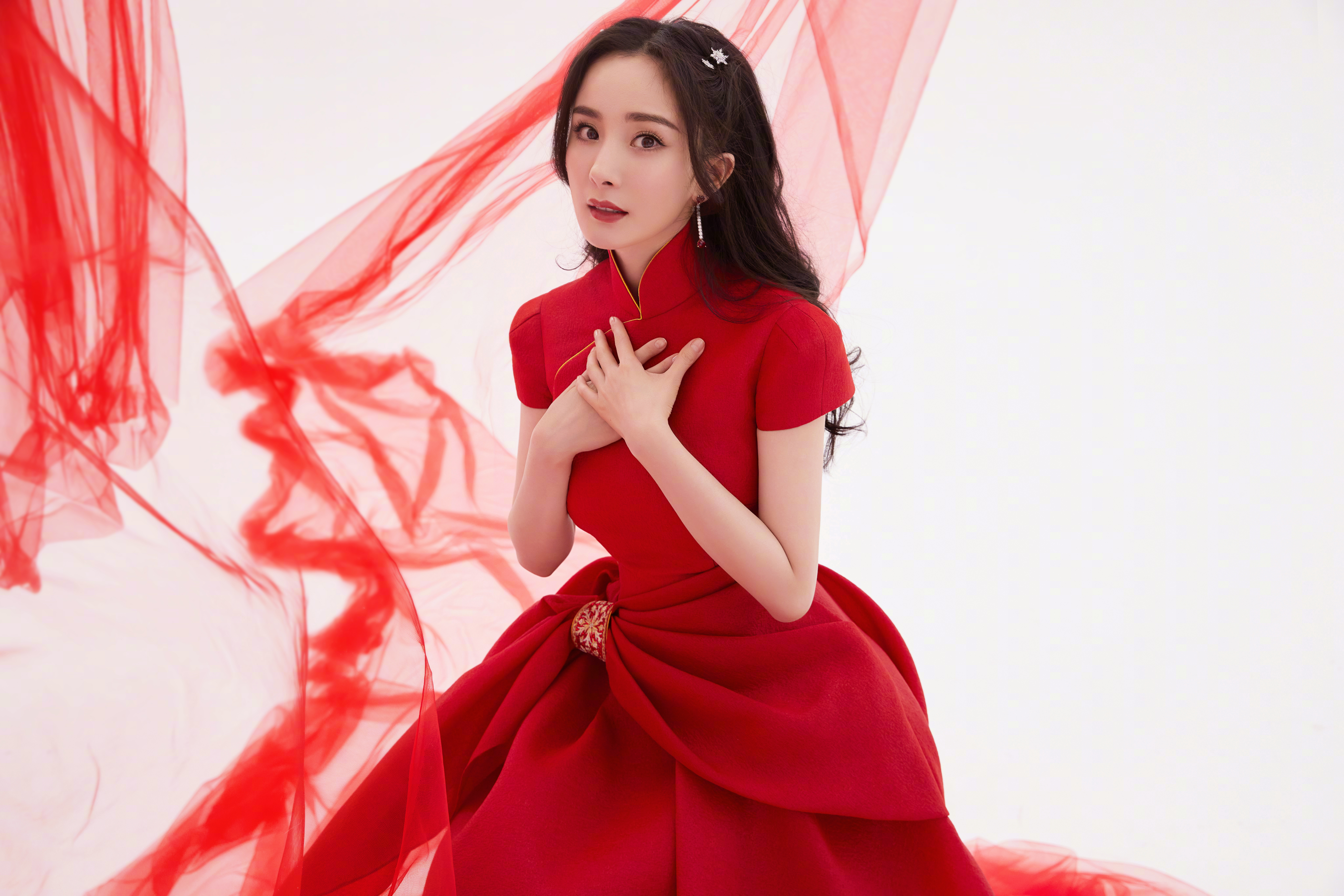 Yang Mi, one of the most followed people on Weibo with more than 100 million fans, wears a West and East infused dress by Chinese couturier Guo Pei while singing with a dozen other actors.

There was also a fashion show during the gala. Top models Sui He, Ming Xi, Zhang Zilin and modeling students from the Beijing Institute of Fashion Technology showcased dresses inspired by Chinese elements, while singer Chris Lee performed.

But the fashion show sparked controversy online, as many people questioned whether this kind of nouveau take on Chinese elements represent true Chinese beauty.

The local fashion industry also shared its dismay on social media. A fashion editor from Harper’s Bazaar China wrote on Weibo: “This should have been a perfect opportunity to showcase Hanfu. Such a waste.”

Another influencer even compared the fashion show to “a space odyssey,” as the showcased fashion is far from China’s current aesthetic. 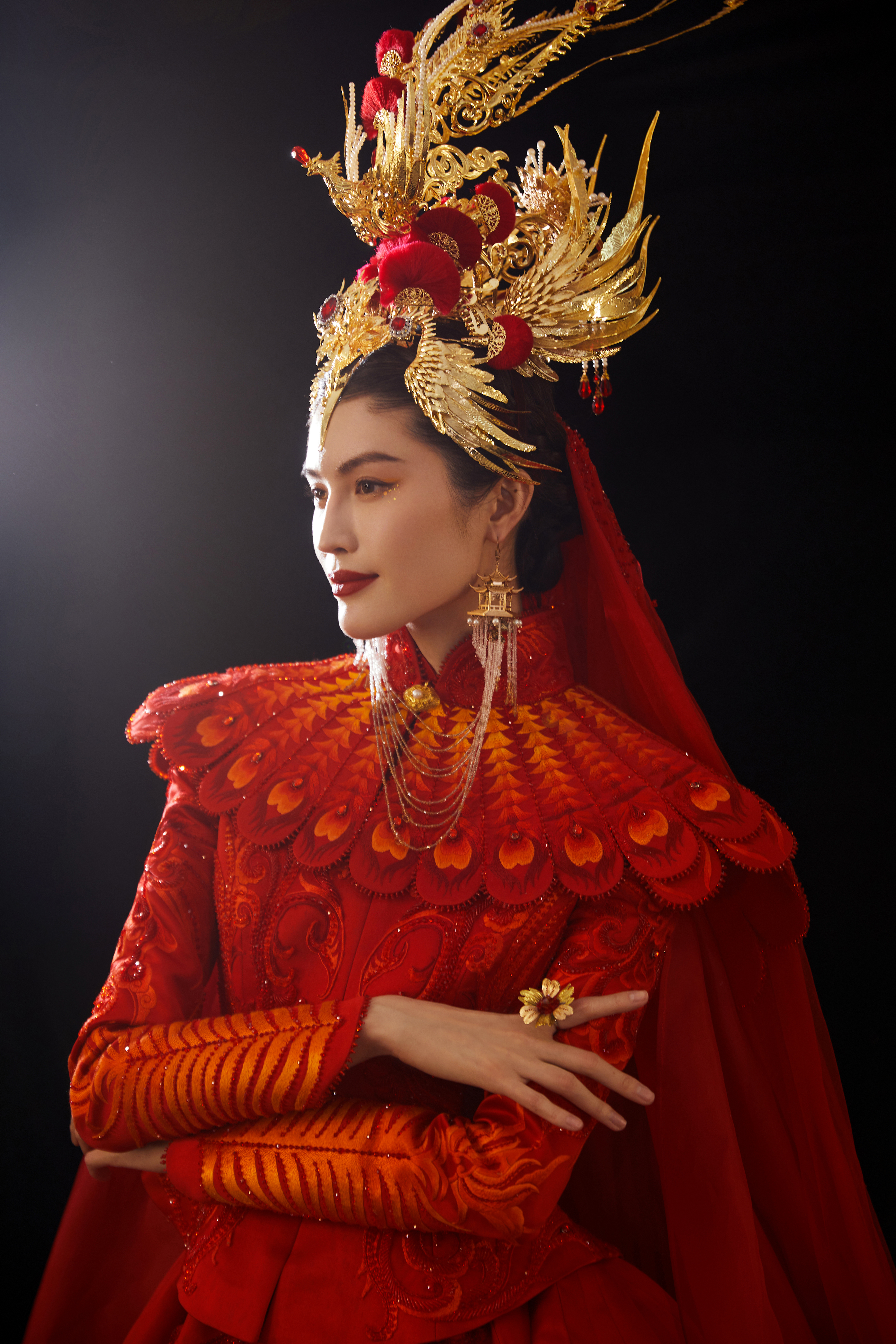 Model Sui He wears a look inspired by Chinese elements for the Spring Festival Gala 2021.  Courtesy

In contrast, a white Gucci coat, worn by actress Ni Ni in a comedy sketch, was probably the most well-received fashion choice of the night. The hashtag #Ninocoat went viral on Weibo shortly after she appeared on television.