The designer's show last week brought out all the suppressed naughtiness in the city. 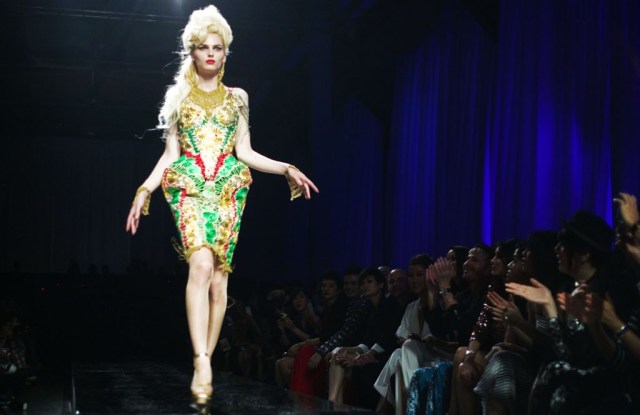 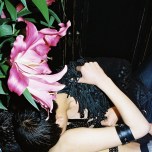 No. 223 is a photographer in Beijing. He did not study photography; in fact, he was a statistics major. He is very handsome and gay. He has been working as a freelance photographer since he graduated college. Now, with several solo exhibitions, he is one of the up-and-coming young photographers to watch.

Several months ago, No. 223 (the professional name he goes by) showed me a set of photos he took and wanted to know whether I can publish them. They were photos of young men in full S&M leather posing in not-so-subtle poses.

I thought he was either pretending or kidding. I told him the photos were way too much for the censors in China and I wouldn’t dare publish them. However, if he came back in a few days, I would give him a book on Mapplethorpe.

He came back and was shocked at the thematic similarities between his work and Mapplethorpe’s. His surprise was genuine as far as I could tell. If so, he was reinventing the wheel all on his own in Beijing.

No. 223 is not alone in reinventing naughtiness — on their own. Despite the free-flowing commerce in fashion, naughtiness and overt sexuality, particularly homosexuality, is still shunned in China. Like Twitter and Facebook, a lot of information on art is blocked by the Chinese censors. It is entirely possible for a young gay photographer in Beijing never to have heard of Mapplethorpe. Beijing is not New York.

And it is because of this that last week’s Jean Paul Gaultier show was such a fete, which brought out all the suppressed naughtiness in Beijing. It was a different crowd than the usual fashion shows — Gothic girls, sailor shirts and naughty boys in long black skirts replaced expensively dressed China dolls. There were Super Girls (the equivalent of “American Idol” contestants), rock stars and socialites.

Gaultier did not disappoint, either. The show started with a blonde Amy Winehouse look-alike holding a cigarette in her right hand. The fall women’s collection was laced with several men in skirts and some seriously naughty dramatics. The crowd was very pleased.

At the after party, I overheard a Hong Kong man say he had no idea people in Beijing knew Gaultier’s fashion so well. A local girl sporting a Gothic look with a sailor shirt and her hair dyed silver, sneered at the Hong Kong man and said, “Of course, didn’t you know Beijing is the new Goth-am City!”