The Chinese Congress was just in session. Aside from political infighting, fashion statements by congressional delegates also made headlines across the country. 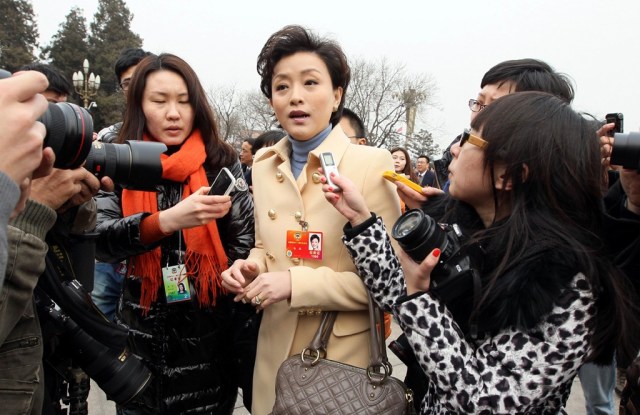 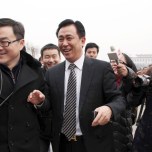 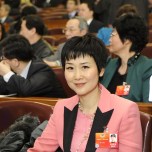 The Chinese Congress was just in session. Aside from political infighting and new laws to allow secret arrests, fashion statements by congressional delegates also made headlines across the country.

It was the beginning of a national sport called “Spot the Delegate Wearing Luxury Items!” and reporters and citizens alike were totally into it. Sightings were reported on the Internet and went viral in a nanosecond.

Take the picture, shown here, of a delegate running away from reporters. The man is Hui Ka Yan, number 5 on the top 10 on Forbes’ list of the richest Chinese. He is a real estate mogul and owns a football team. But after this congressional session, he is known as “The Man With the Belt.”

Li Xiaoling, daughter of Li Peng and ceo of a major power company in China showed up in a Pucci jacket with Chanel necklace. Her very posh fashion statement clearly contrasted with the legislation she proposed. According to reports coursing through the Internet, she proposed that the government should keep a “moral behavior” dossier on all citizens. “So that the people will learn what is shame.” The public responded — also via the Internet — with choruses of “Shame on you!” The fact that Li’s father was Premier of China from 1988 to 1998 certainly did not go unnoticed.

Other major sightings include Chanel boots on Song Zuying, a folk singer from the military and long rumored to be favored by the former Party Chief Jiang Zemin. Song showed up in a drab army coat and uniform when entering the conference hall. But once inside, reporters noticed that beneath the coat and uniform was a well-fitted suit (no label confirmed) with knee-high Chanel boots.

Bags of course are a major target for the luxury-sightings game. There were Vuittons and Birkins, naturally, and Dior and Marc Jacobs. Luxury-brand sunglasses were also sighted and posted on the Internet.

To balance these reports of delegates flashing their luxury goods, women delegates from Zhejiang Province decided to put together a fashion show wearing qipao, also known as Chumsha, the traditional Manchurian dress. Apparently, these delegates designed their own qipao and had them made. They were planning to wear them and walk into the Congressional Hall like models on a catwalk. This improv fashion show was cancelled at the last minute by the Congress Secretariat. It was deemed to be not dignified enough for congressional delegates.

Experienced delegates have already learned from previous experience not to wear the most popular luxury items. The anchorwoman Yang Lan, for example, showed up with a Marc Jacobs handbag from several seasons ago. She was caught by the camera but ended up being praised by the public for taking good care of the bag.

One must be impressed by the brand-savvy Chinese public. Despite the fact that the majority of Chinese cannot afford luxury items, people seem to know their brands very well. Many bloggers could find the runway pictures to illustrate the source and mark of various pieces.

The government usually warns Mainland delegates not to wear flashy clothes and jewelry. A friend of mine chairs an annual charity with women entrepreneurs and each year she makes a special point of telling her participants not to wear flashy jewelry.

Behind an ostensible hatred for luxury items, the real popular sentiment is directed against corruption. I truly believe we still can tell the difference between the woman and her handbags.