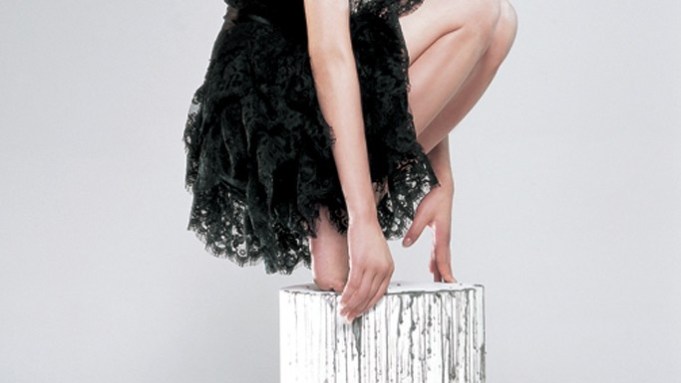 BEIJING — By now it’s almost a tradition: Paris Fashion Week is populated by several beautiful Chinese women in the front row. The names of these beautiful women are hardly pronounceable, some of them virtually unknown in the West since none of their films have been shown anywhere outside of China. So I thought I would do the service of introducing these front-row ladies from China.

Zhou Xun (pronounced: cho-shooon) is the newly anointed ambassadress of Chanel in China. Zhou started her acting career when she was 16 in television dramas. She was known for her innocent baby-face looks. Since then, she has starred in numerous box office hits in China. This year, Zhou has stepped out of China and will be seen in “Cloud Atlas,” due for release by the end of 2012.

Fan Bingbing has been a regular at the Louis Vuitton show now for several years. She is the modern-day Bridget Bardot of China, the sex symbol. A few years back, a Web site did an online survey of Chinese men, who voted her the most desirable woman. I once went to a Louis Vuitton store opening with Fan and it was amazing how men would throw themselves at her. When we entered a private room, the waiter could not close the door because there were many bare arms stuck through the crack demanding an autograph. It was a sight to behold. But Fan’s character is far from a helpless sex kitten; she has been bestowed the honorable nickname of “Fan Ye,” literally “Lord Fan,” a name usually reserved for men. Fan is known for her macho decision-making ability and her support for her friends. For example, her writer friend Han Han was accused of using a ghostwriter. Han Han said he will pay 20 million yuan (approximately $4 million) to anyone who dare to step up and can prove themselves to be the ghostwriter. Fan Bingbing doubled the reward to 40 million yuan — a very macho gesture.

Yao Chen is another Chinese face at Chanel. Yao is also a TV actress whose claim to fame came from a role she played as a Communist spy during a Civil War-period drama. Her character was a country girl who was out of place in the very modern Shanghai of the Forties. Since then, she has starred in several major films based on the Chinese fashion industry and has build a reputation not unlike the girls from “Sex and the City.”

Zhu Zhu could be the most interesting actress sitting in the front row of Loewe and Givenchy this season. She is younger and less known in China. She launched her career as a VJ for MTV. Her English is pure California, although she has never studied outside of China. Zhu Zhu is being represented by Creative Artists Agency and has already some major film credits on her résumé, including “Cloud Atlas” and also “Secret Sharer,” now filming in Thailand. Zhu Zhu represents the next generation of Chinese faces, born into a cosmopolitan China and fluent in not only Western language but also comfortable in its culture.