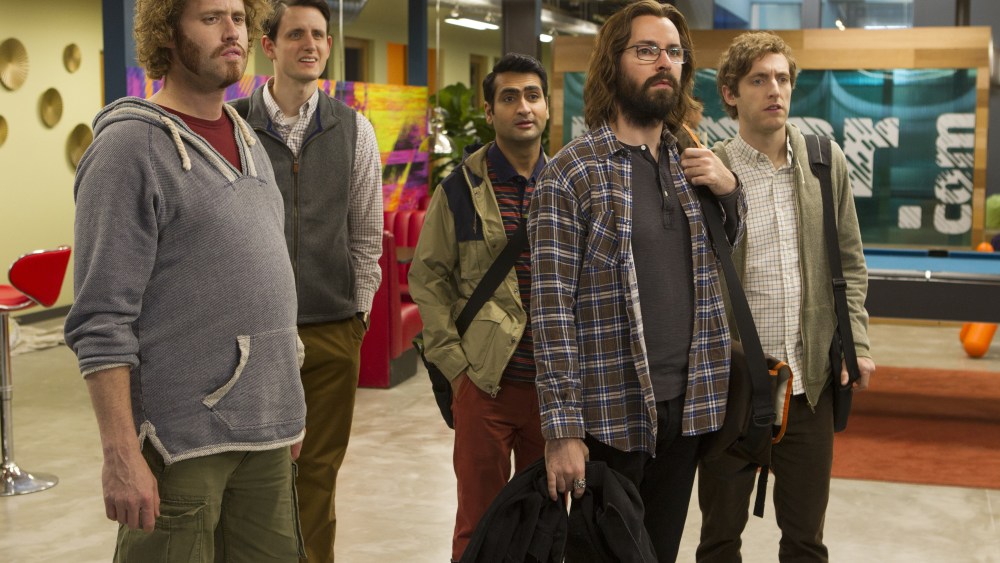 Silicon Valley certainly isn’t known for being a center of fashion, but the style there does say a lot about start-up culture. Inspired by the bubbling tech scene in San Francisco, HBO original series “Silicon Valley” focuses on a cast of the characters who orbit within that tech-nerd sphere.

“There’s so much money and power there, and it’s very causal. You don’t see a lot of ties being worn to the office,” explains the show’s costume designer Christina Mongini. “It’s understated wealth. You can go to northern California, and you’re not going to be able to pick out who is what. They don’t show their power sartorially or aesthetically.”

Instead, what you do see are many of the familiar tropes of start-up culture: hoodies, baggy cargo pants, untucked button-ups. For season three of the show — premiering Sunday — the characters on “Silicon Valley,” grow up a bit, sartorially speaking.

“They’re not having huge epiphanies about changing their look,” Mongini said. “But as the characters have evolved throughout this season, we definitely streamlined some of the characters a bit more, gave them a little more focus. We’re not doing a lot of T-shirts with things on them, that youthful edge has sort of fallen away a little bit.”

The main characters shed some of their casual schlubbiness, subbing hoodies for sweaters, at least for business meetings.

“We have [Richard Hendricks] more in his sweater oxford looks when he goes to meetings. He’s trying to dress up more to be ‘the guy in the room,'” Mongini explains of the main character. “[Erlich Bachman] is in sport coats a lot this season, and it helps give him that slightly more serious edge in terms of his involvement and his mind-set, and trying to be in control.”

To create the look of a future tech-mogul, Mongini looked to many sources, from current retail to consignment shops. “In somebody’s closet, you have stuff from years and years ago. It’s not all stuff you bought that season,” she said. “For me, it’s more about re-creating the silhouettes of a look. It might not be what it looks like on the outside, it might be more expensive. It’s sort of a treasure hunt just to get the right colors and right patterns.”

No luck in getting your hands on the same hoodie that Branson wears — Mongini wouldn’t disclose the sources, although she did offer one clue: “They may not be what you think.”

Hey, even luxury brands have loungewear.