LONDON — “What could be more radical than not making anything?”

That’s the question Christopher Raeburn is asking with a not-so-new collection that drops on June 13 called Raefound, a capsule of original, unworn military pieces purchased from government offices in the U.K. and Continental Europe.

He’s selling the surplus clothing — including sand-toned camouflage vests and coats, sturdy backpacks and hats with desert flaps at the back — pretty much as is, although he has made some minor styling adjustments, passed it through his brand’s quality control and added the Raefound branding and labeling.

The idea was born from lockdown, with Raeburn and his team brainstorming during a “digital away day,” which morphed into an away week. They talked about some of the consequences of COVID-19, and the mounting environmental and inventory crises that will only be exacerbated once lockdown eases. 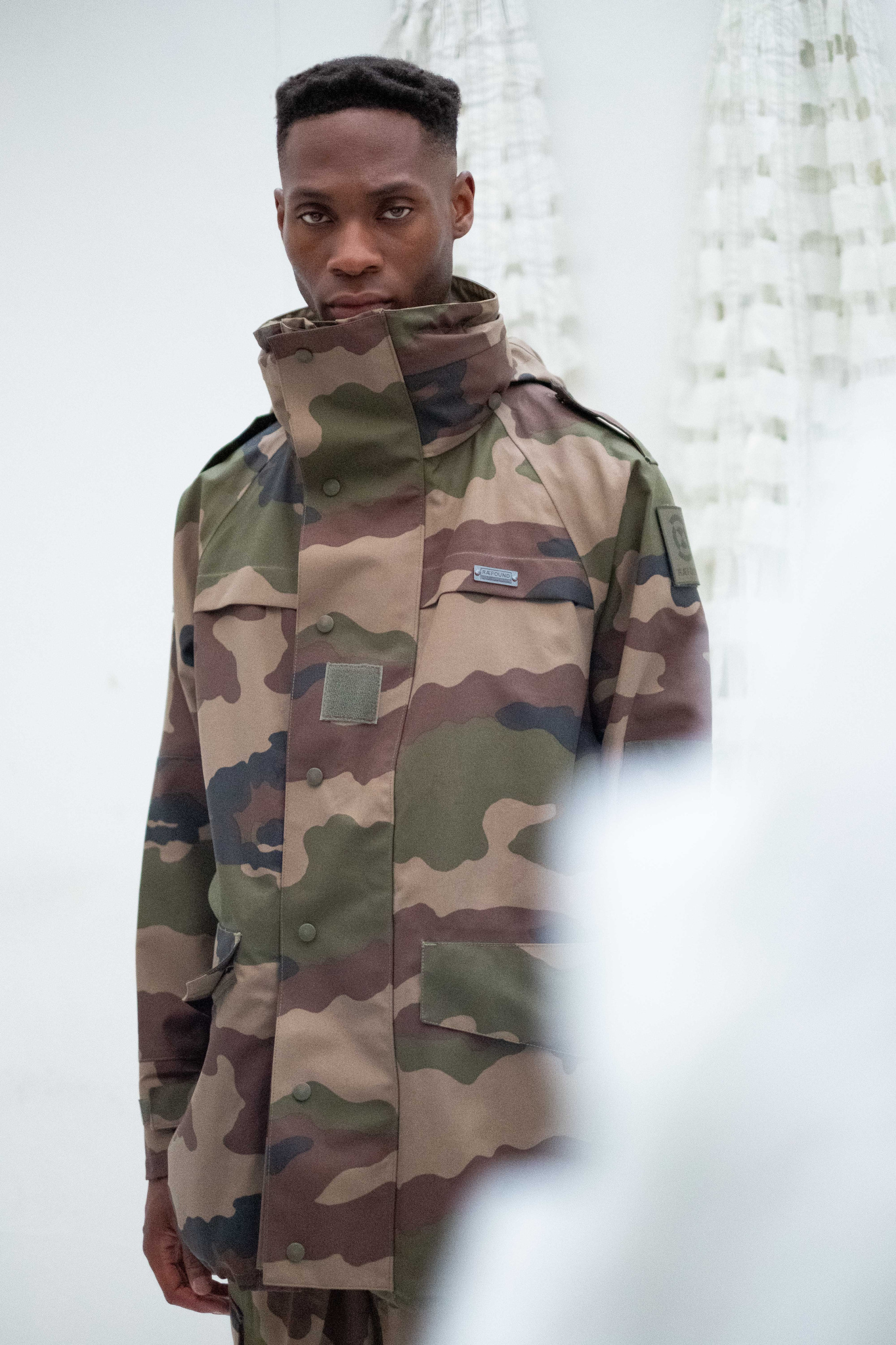 “We knew things were bad before COVID-19 with all the overproduction, all of this stuff we’ve been making. As an industry, we make close to 100 billion pieces of clothing every year, we overconsume and we waste too much. Raefound is all about being part of a future solution,” Raeburn explained in an interview.

He will launch the 35-piece collection during London’s all-digital fashion showcase, which runs from June 12 to 14. As part of the three-day affair, Raeburn will be in conversation with Dylan Jones of GQ about the new project and some thoughts about the future.

Raeburn’s business has always been about responsible design: He was a sustainability pioneer in London at a time when few were talking about the dangers that fashion, manufacturing and consumption were posing to the planet.

Charming, talented and utterly passionate, he was seen as something of an eccentric when he started more than a decade ago: His past collections were made from materials as diverse as secondhand Russian naval blankets, recycled kites, parachute silks and even an inflatable boat. 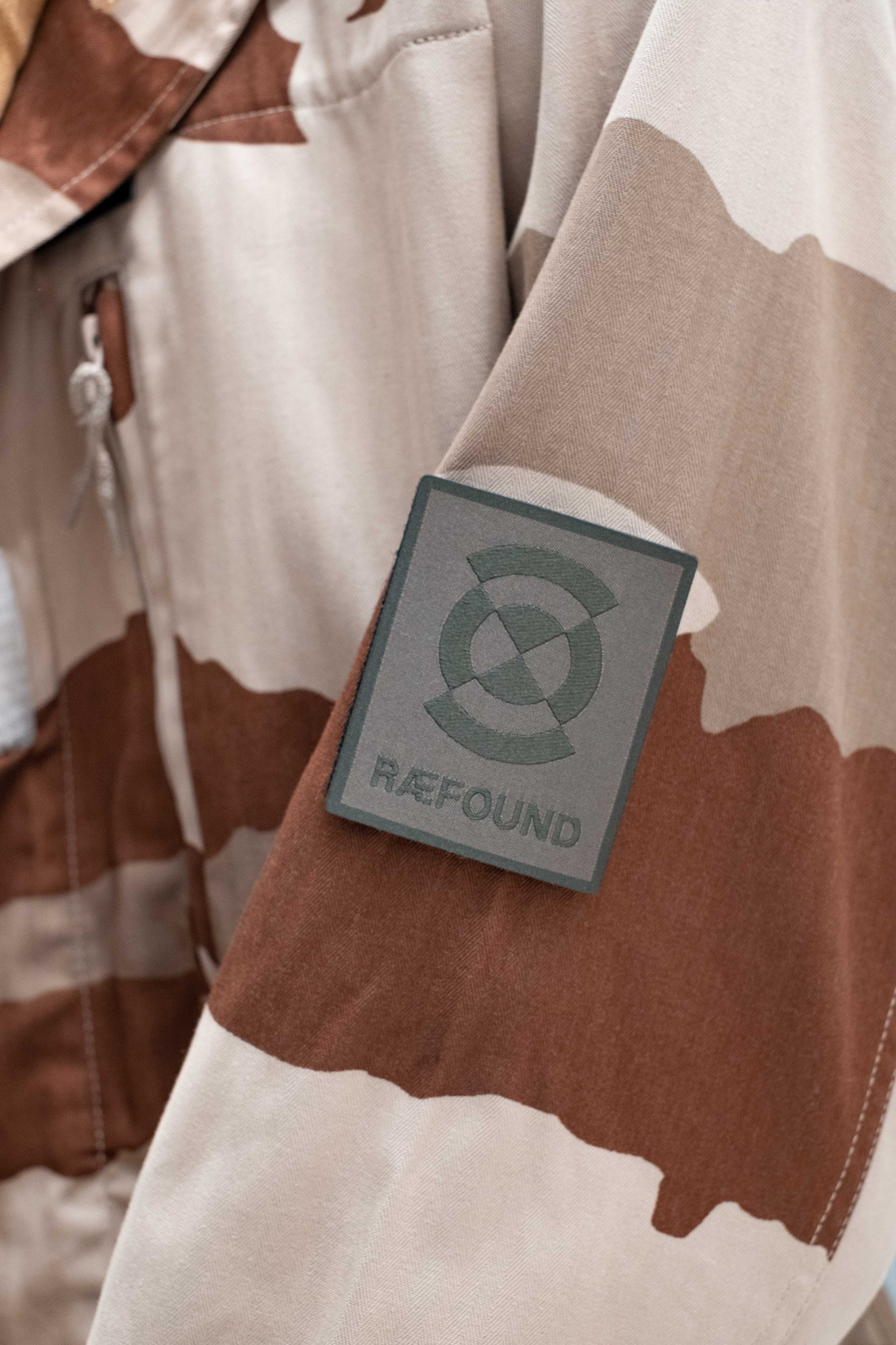 In the past, he’s sent helicopter jackets, sourced from Britain’s Royal Air Force, down the runway and shearling-like pieces made entirely from merino wool.

In 2018, Raeburn was named global creative director of Timberland and quickly pulled together a debut capsule collection based on that brand’s clothing that he found in secondhand and vintage shops. He deconstructed and remade them into contemporary runway pieces, employing materials including organic cotton and recycled PET, which is derived from plastic bottles.

His first full collection for Timberland will be for fall 2020.

Raeburn said the new Raefound collection slots naturally into his overall brand offer, which includes clothing made from organic cotton, recycled PET and other sustainable materials.

“It’s all about an evolving, non-seasonal, original and unworn military apparel and accessories. It’s really something quite radical, although there is nothing new here,” he said of Raefound. “We’ve started with really high-quality, detail-rich European military surplus apparel and accessories. The military is obliged to overproduce and the reality is that you have [clothing] redundancy at scale. Part of what we’re doing is resurfacing these pieces, making sure they are curated.”

Raeburn described the new collection as “high-quality, functional, contemporary, relevant — and accessible.” Prices start at 49 pounds, with shorts and trousers running from 55 pounds to 85 pounds. Overshirts, jackets and outerwear range from 160 pounds to 295 pounds. 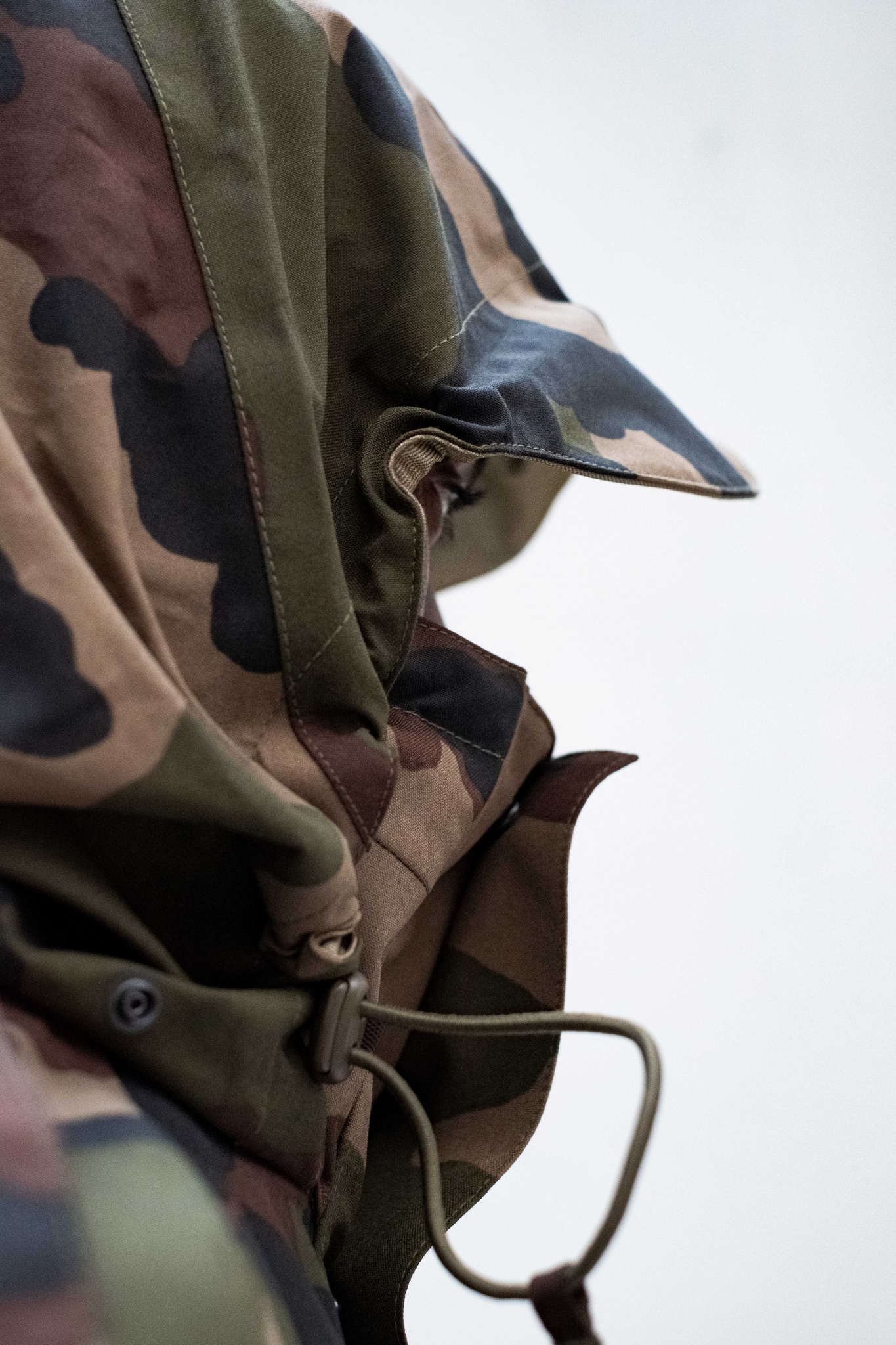 The new collection highlights the fact that fashion isn’t the only industry with an oversupply problem: Countries’ defense ministries and military bodies regularly need to produce multiple garments and uniforms for tens of thousands of people, and the specs on those garments change over the years, hence the surplus.

Raeburn pointed out that the café au lait desert camouflage pattern on the debut Raefound collection hasn’t been manufactured for about 25 years. “There are hundreds of thousands of pieces out there. The scale is phenomenal,” he said.

Everything has been sourced from ministry of defense clearance and surplus companies in the U.K., France, Austria and Holland. Raeburn said he only made minor changes and looked to preserve the original silhouette, cross-functionality and detail. In addition to labeling them, he also gave each item a QR code so that customers could trace their provenance.

The collection is trans-seasonal and limited-edition by its nature, and Raeburn said he plans to bring in new products fairly regularly. The collection will launch on the designer’s website and will be stocked by a top U.K. retailer later this year.

He said Raefound is another step in the brand’s sustainability mission. “Maybe we don’t need to be doing as much new product. And, in simple terms, we’re going to be a lot more disruptive in the way we work. We’re looking to dig in, and innovate more than ever before. We also want accountability, and to be completely transparent about what we’re doing, to have an open dialogue,” he said.