Moore From L.A.: How Chrome Hearts Is Wooing the Next Generation

New stores, categories and another Bella Hadid collaboration are on the way.

The family at the helm of Chrome Hearts could be the next luxury fashion dynasty, only Made in L.A. with a rebel edge.

But it’s the Stark children — Jesse Jo, 28, a rock-‘n’-roll singer and the company vice president, and still-in-school 16-year-old twins Frankie Belle and Kristian — who are bringing the next generation into stores through collaborations with pals like Bella Hadid, their entrepreneurial spirit and social media clout.

“We see it in the reports based on what they buy, what their friends buy, what they show on Instagram, that they have all this power all of a sudden,” says Laurie Lynn. “Business is growing tremendously. We can’t believe they are saying retail is dead and people aren’t spending. They are closing all around us.” 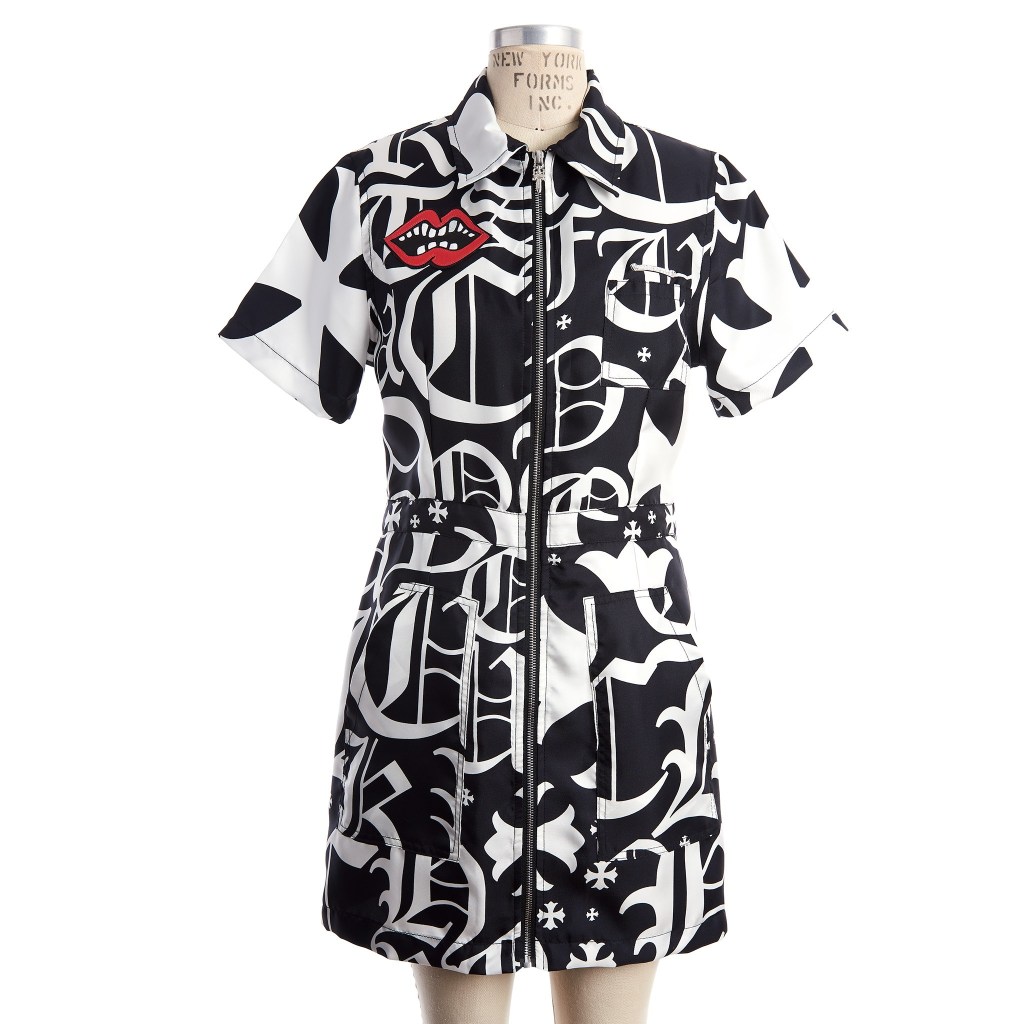 Although the Starks declined to comment on revenues, sources say in recent years they quietly sold 10 percent of Chrome Hearts to a private equity firm for $150 million, which would put the value of their business at over the $1 billion mark. With the windfall, they are opening more stores, eyeing new categories and launching a second collaboration with Hadid.

“They are poised to work for you, these little offsprings of information, and the friend power they have is tremendous,” she says during a tour, pointing out the building where Jesse Jo designs her campy horror-themed music merchandise, including “Deadly Doll” T-shirts, and on the loading dock, crates bound for St. Barths, where on Dec. 7 the brand will open its 32nd store, this one conceived and designed by young Kristian, who negotiated the lease using his high school French. (Not to be outdone by their parents, Kristian already has his own “adventure wear” brand called Thrill Trip and Frankie has a swimwear line called Dipped in Blue.)

During a family interview, the younger Starks shared that although they’ve been hanging out (and riding scooters around) the factory since before they can remember, seeing Chrome Hearts as cool came later. “When Bella [Hadid] and I got really close, and she said she wanted to wear Chrome Hearts, I’m not gonna lie, I was still in this weird stage of why? It’s my family,” says Jesse Jo, settling into a leather chair in her father’s original studio. “Then she started wearing it, and Matt [DiGiacomo, the brand’s artist-creative director] started working here when he was in high school and making custom things. He brought art and youth…and now Frankie and Kristian and their friends are putting their own twist on it, too.”

The Starks like to cultivate an air of mystery; their stores don’t have signs, they do have “f–k you” carved into the floorboards.

“The other day, I was standing on the corner of Robertson Boulevard with all these kids, and they were trying to find the Chrome Hearts store,” says Jesse Jo, whose first design for Chrome Hearts was a patchwork leather scrap bag she made at age eight. “I could have turned around and said, ‘It’s right there.’ I don’t know why I didn’t, because I thought it was funny.”

“I love that,” beams Richard, who used his experience in leather manufacturing and carpentry to start the brand in 1988 with two partners he has since bought out.

While many are scaling back brick-and-mortar, the Starks are opening four more stores over the next two years. In St. Barths, they will launch Bella Hadid “Hellz Bellz” eyewear frames, the Chrome Hearts fragrance that has been exclusive to Selfridges since July, and beach-appropriate exclusives like a custom surfboard and Vespa. Following in 2020 will be a store in London’s Mayfair, and in 2021, a store on Quai Voltaire in Paris designed by architect Jean Nouvel. 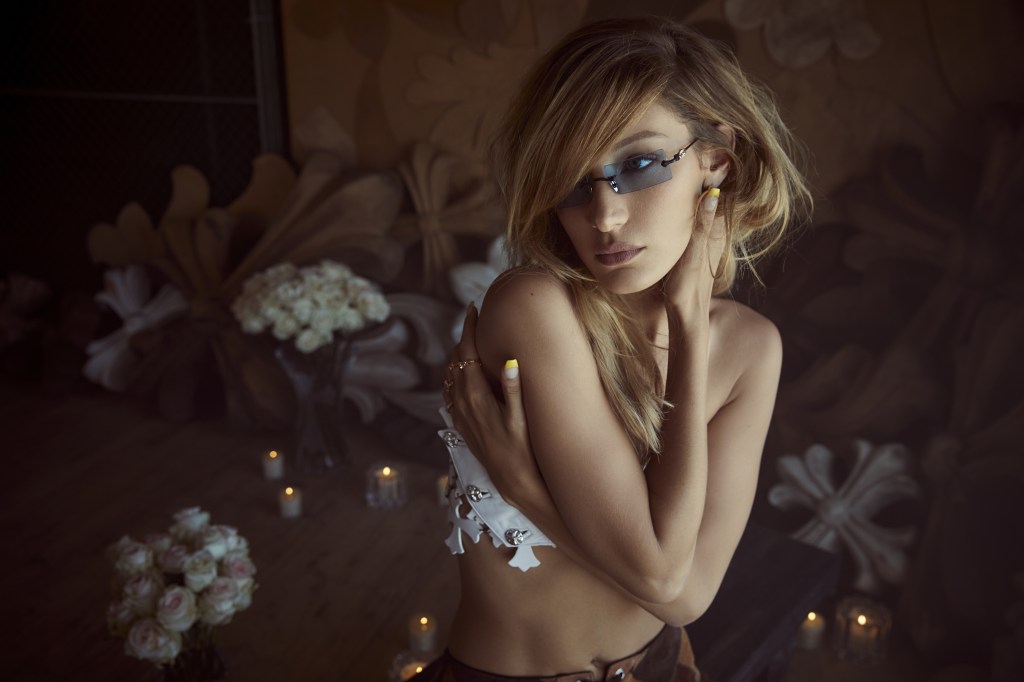 With its L.A., rock-‘n’-roll appeal, Chrome Hearts has always been big in Asia, with multiple stores in Japan, South Korea and China. But the American market is actually the top performer, Richard says. The collection is sold in the brand’s stores; in shops-in-shop at Bergdorf Goodman and Selfridges; and through six independent retailers: Riccardi (Boston); Hirshleifers; Nuages (Aspen); George Green (Chicago); Joy Fashion (St. Moritz), and Maxfield (L.A.).

Maxfield recently released a Chrome Hearts ebony-and-gold toilet plunger for $6,000 as part of the retailer’s 50th anniversary collection that “sold out in 20 minutes,” according to buying director Sarah Stewart. Like the store has been for many L.A. brands, Maxfield was an early and steady supporter of Chrome Hearts, scooping up leather jackets and chaps in 1992, and last year hosting a pop-up shop for “Sex Records” merch designed by DiGiacomo, with an opening party that had Jesse Jo performing in the parking lot.

They don’t do licensing (they bought back their eyewear license from Marcolin, and now manufacture it themselves) and don’t have investors other than the one. “We have a partner in our back pockets for our children’s support, because I started this to be a 150-year-old company — hopefully more — and I won’t be there for the whole thing,” Richard says. “But we run this company totally ourselves.” Chrome Hearts employs 900 people worldwide.

The brand doesn’t do e-commerce either, but with the digital generation coming up, the company is starting to amp up its presence on Instagram (where it has 665,000 followers, adding to Jesse Jo’s 250,000), and on its web site. So far the strategy is to use digital to drive traffic into the brick-and-mortar stores, each of which features a different merchandise mix, custom handmade furniture and hardware, down to every hinge and handle.

“Inch by inch, we’re exposing the stores online,” says Laurie Lynn. The brand’s official photographer, she’s recently made videos of her kids wearing the clothes in the New York and Aoyama flagships, and on the beach for the fragrance campaign. “I’m sure we would have made a fortune but it would be short-sighted,” she says of online selling. “We’re in it for the long haul and doing the right thing.”

The family lives a lifestyle similar to the Hollywood stars they cater to. They have shelled out more than $100 million on seven homes in Malibu, spend summers on the boat in the Mediterranean, are art collectors (Laurie Lynn is on the board of the Institute of Contemporary Art and is cohosting an event during Art Basel), and hang on the slopes in Aspen or the sand in St. Barths in winter. Cher is Jesse Jo’s godmother; and Kate Hudson is one of Laurie Lynn’s best friends.

Chrome Hearts often has parties around Paris Fashion Week, though the Starks prefer to operate outside the traditional fashion system. Rather than doing runway shows and presentations, they drop just two collections a year and interim pieces as they are designed and produced.

Part of what has propelled Chrome Hearts is its vertical manufacturing, similar to a European luxury house. The recession was “pretty intense,” concedes Richard. “Nothing got canceled that we didn’t cancel ourselves. We didn’t realize that was one of the great perks of controlling everything we do until that happened.”

At the factory, there is a different division for each craft: woodworking, leatherwork, metalworking (hinges, fixtures, buttons), jewelry-making, apparel and more, and the Starks hire and train new apprentices every year. “It’s so hard to find craftsmen. We will hire you and teach you and pay you to keep the arts alive,” says Richard, noting that they manufacture crystal in France with Baccarat and cashmere in Italy with Loro Piana.

“I mean, you could grow the T-shirts and have everyone in the world wearing them, but we want to control what we make. Our sku rationalization is less stuff and more focus,” says Laurie Lynn, noting that fine jewelry is the biggest category at retail, and that they are slowly adding more couture-level pieces priced north of $250,000. 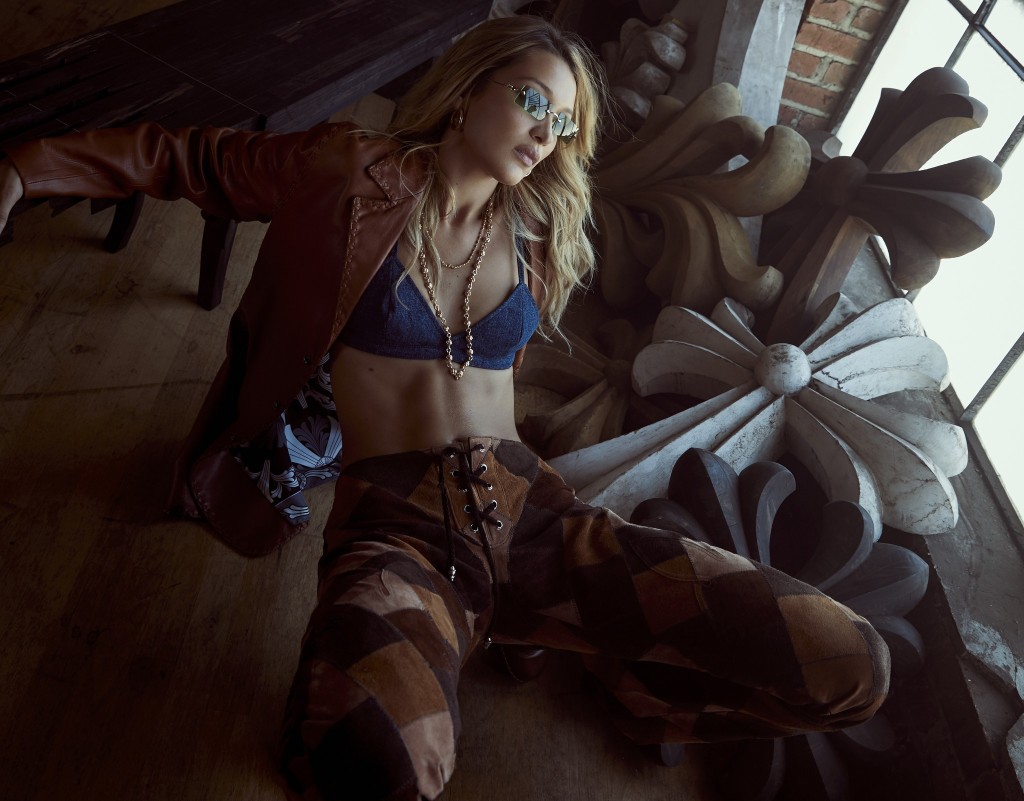 Home is another bright spot, not just furniture, doors and the like but small accessories such as vases, incense holders, leather pillows, staplers, you name it, all handcrafted. “Customers want a part of the culture to be living with them, not just to be wearing it,” she says, adding that the hospitality world is in her sights: “I’ve been offered the top of the Hyatt and a floor at a Soho House, but I want the whole hotel or nothing.”

While the children have given the business new life, you can see differences in the generations. “I wear real leather but I battle with it every day,” says Jesse Jo. So Chrome Hearts has started to experiment with faux leather, and like most brands, has given up on fur — even if Richard doesn’t agree. “There are still animals in the world that need to be hunted…” he offers, before getting shushed by Laurie Lynn. “If you want to have legacy, you have to be open to youth, new ways, new computer systems and philosophies,” she says.

“What we do is challenge them, just like she challenges my dad,” says Jesse Jo of her mom and dad. “He always says there would be no color in the store without Laurie Lynn.”

Jesse Jo has ideas about bringing Chrome Hearts into the 21st century, taking cues from Google’s campus, for one. “I want a meeting booth!” she says. “I want a meditation pod,” her mother answers. (It’s shocking the brand has never made one.)

She has thoughts about design, too. “I saw an old picture of Cher wearing overalls my dad made and I said I need those right now. But I reshaped them to not look so frump,” Jesse Jo says of her take on one of the family’s heritage leather pieces, a pair of au courant overalls with silver Chrome Hearts button studs, which she is wearing with a white button down sliding off her shoulders.

Still, timelessness is the cornerstone of everything they do.

With so much staying power, one imagines that suitors have come calling, maybe even those Arnaults or Pinaults. “No one interesting,” Laurie Lynn insists. “But bring ‘em, I’ll listen.”

“I don’t want to do that, I have no f–king interest in somebody telling me how to do s–t,” Jesse Jo says forcefully. (Richard is in her camp.) “I have so many plans.…You as creators and we as creative kids are not done. This is our home, I rehearse here, I grew up here. It’s so irritating to be alive right now because everyone is just sucking the teat. I don’t know why it works for us not to, but we do everything organically and I’m not done doing that.”