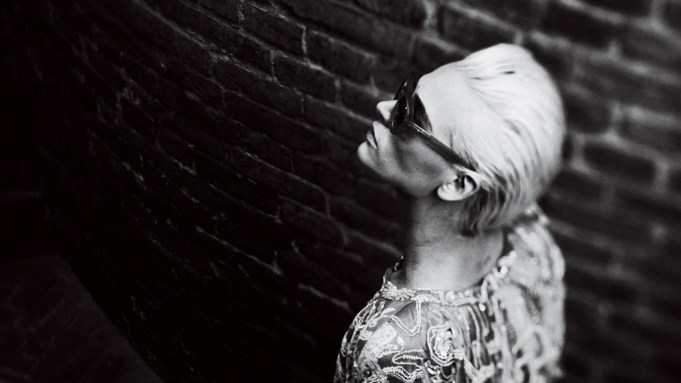 They really want to direct.

That could be the mantra for Italian designers, as making movie and video presentations has become a marketing priority—and creative release.

Fashion houses all over the world have embraced moving-image technology, whether film, video or digital. It was a particular feature of the Milan collections this season.

Expanding beyond the confines of print, designers are using new, high-impact ways to project their vision and style. Cyberspace offers unlimited access to existing and potential customers through one of the most ancient forms of communication: storytelling.

“Each season, designers create a story to represent their vision, their interpretation of the brand in a changing world,” says Tomaso Galli, luxury goods consultant and founder of Jtg Consulting. Videos and moving images in general “have become a very powerful tool to tell that story” with the success of new channels of communication, like YouTube. “There’s a unique group of people who understand and are able to mix fashion and Hollywood, animation and art, video games and advertising, retail and architecture, social media and mobile communications.”

Here’s what some Italian houses have been up to, cinematically speaking:

■ For his spring collection, Giorgio Armani tapped I Am Love director Luca Guadagnino for a three-minute film, called One Plus One. The designer says, “the image in movement becomes an essential tool to reach the public,” and a way to “illustrate in a captivating way the spirit of my work…transforming the atmosphere of my collection in a story.”

Guadagnino has also worked with Fendi, Cartier and Louis Vuitton, and filmed actress Tilda Swinton for Pomellato ads. He collaborated with Sergio Rossi creative director Francesco Russo for a steamy short film, Skin to Skin, launched in February and starring Diana Dondoe. Armani is a film-as-commercial veteran, having worked with Martin Scorsese since 1987.

■ Stefano Gabbana says films are “powerful, especially to tell stories, and for us this is wonderful because we always feel full of stories to tell.” Gabbana and Domenico Dolce asked Italian actors to appear in the men’s spring campaign and video, while Monica Bellucci and Bianca Balti are in the women’s version. The video, called La Bella Estate (The Beautiful Summer), is a tribute to Italy’s cinema and the Italian, Mediterranean lifestyle, framed by the sound of water lapping on the shore and cicadas singing on a hot, lazy summer day—details that are unmistakably Dolce & Gabbana.

Dolce underscores that films convey a message with more details, “but that message is the same one the brand expresses.” Internet users, he says, are eager to know as much as possible of the brand and of them as people. “We like to establish a direct relationship with people through a video, as we’ve always liked to do in real life,” Dolce explains. Gabbana said he doesn’t believe films are necessarily trendier now “because TV has always been the most powerful tool, but luxury never found it interesting for various reasons. The fact that videos can be broadcast by other means increases their power.”

■ Prada has been producing high-level films since 2005’s short Thunder Perfect Mind by Ridley and Jordan Scott, about Amber, its first women’s fragrance. It showed at the Berlin Film Festival that year. Since then, some films were created expressly for TV and the Web, as were the recent “Prada Candy” by Jean Paul Goude starring Léa Seydoux, promoting the namesake fragrance, and Real Fantasy, a film for spring 2012, made by the AMO/OMA Rem Koolhaas think tank and directed by James Lima.

■ Moncler chief Remo Ruffini worked with Bruce Weber on a 24-minute film, Don’t Steal the Jacket, “to create more energy compared with a campaign or a classic film.” The movie premiered last September and inspired the Italian brand’s fall print campaign. Centered on Weber’s personal passions, such as dogs, it explores nature, children and other themes, and boasts an original soundtrack by American band Radical Something.

Ruffini says the “Internet is predisposed to short films—you work in a different way,” but videos are “not really an alternative to ads.”

Next up: Ski champ Manu Gaidet was filmed in action to promote Moncler’s ski line. The movie will run online and on social network sites.

■ Lapo Elkann’s communications agency, Independent Ideas, did some globe-trotting, filming a movie in Israel, Jordan and the Palestinian Territories, Be Independent. Everywhere, to promote Italia Independent’s spring collection. Its latest collaboration, with Fiat and Gucci, features five short films about the Fiat 500 by Gucci through the eyes of Jefferson Hack, Franca Sozzani and Alexi Tan. It kicks off this month’s Salone del Mobile furniture and design show in Milan.

■ Last fall, the Missoni family appeared in a dreamlike surreal short by experimental filmmaker Kenneth Anger, and Ermenegildo Zegna worked with James Lima on what was said to be the first 3-D fashion show, mixing live performance with cinematic experience. In an association with Hennes & Mauritz, Sofia Coppola directed the advertising film and campaign for the Marni collection with the giant Swedish high-street chain.